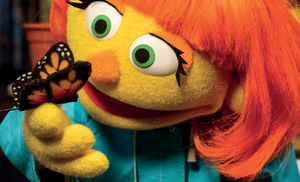 Millions of children will learn more about autism, thanks to Julia, a new character in the hit television show Sesame Street. The four-year-old, with orange hair, a big smile and a toy rabbit called Fluffster has joined beloved muppets such as the Cookie Monster, who have been entertaining children for nearly 50 years. It is hoped that Julia will make a positive difference for the 1 in 68 US children diagnosed with autism.

The likes of Facebook and Google are finally being made to cough up all the tax they owe in Australia. Under a new ‘Google Tax’, firms with annual incomes of more than A$1 billion ($750 million) will have to pay tax based on profits earned in the country, instead of shifting income abroad to low-tax countries such as Ireland, where many transnationals have their European headquarters. The government predicts that these changes will raise an extra A$2 billion ($1.5billion) for Australia. 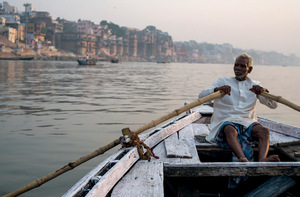 The sacred Ganges River now has the same status as a human entity in the eyes of Indian law. The ruling by a court in the state of Uttarakhand applies to the 2,500-kilometre Ganges and its main tributary, the Yamuna. It means that polluting or damaging the rivers will be legally equivalent to harming a person. The judges were influenced by a similar ruling, days earlier, in New Zealand/Aotearoa, which gave living entity status to the Whanganui River, something indigenous Māori people have wanted for over 100 years.

CNN shamed by Ghanaians
Boosting the backlash against Trump