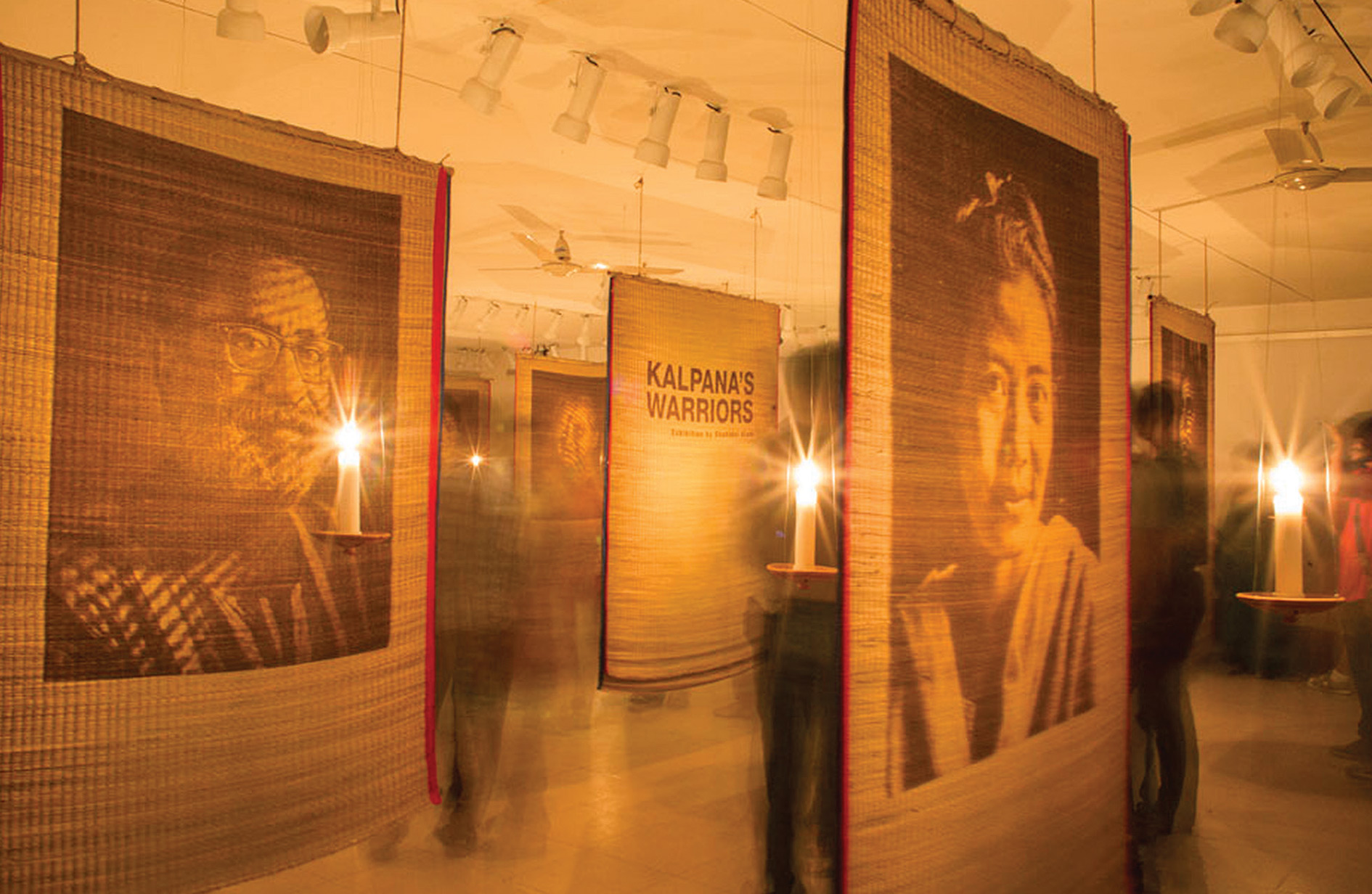 A reminder that a nation that fought oppression cannot rule by oppression: the Kalpana’s Warriors exhibition.
Photo: Shahidul Alam

Kalpana Chakma was a fiery, courageous young indigenous woman of the Chittagong Hill Tracts in Bangladesh.

Twenty years ago, she dared to demand her rights. She had the audacity to speak out against military occupation and harassment by her own country’s army. She had the temerity to insist that, as a citizen of a free nation, she too needed to be treated as an equal.

Then, in the early hours of 12 June 1996, she was abducted at gunpoint by the Bangladesh military. She never returned. The principal accused, Lieutenant Ferdous, has never been questioned by the police. He too has ‘disappeared’.

Almost two decades later, the photographer and activist Shahidul Alam has created ‘Kalpana’s Warriors’, an extraordinary exhibition of images of Kalpana and those connected to her, etched with lasers onto the straw mats on which she slept. Using extensive research, and photographic and forensic techniques, the images visualize scenes and faces made invisible through the passage of time, and break a silence that successive Bangladeshi governments have carefully nurtured.

‘We respond to things we can relate to, when the victim is no longer the other,’ explains Shahidul.

‘I was targeting the heart before targeting the brain. A new visual language was needed, but the artwork itself was not enough. Linking the process with the politics enabled an engagement with the audience and I hoped they would take emotions with them that would transform them into fellow warriors.

‘I believe it worked. The atmosphere at the opening was incredible. People were in tears, but also angered into action. We now need to channel this anger.’