More reviews from the April 2016 magazine. 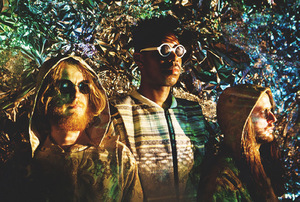 The Comet Is Coming is a jazz electronica trio from London led by the startlingly talented sax player Shabaka Hutchings and its debut album, Channel the Spirits (The Leaf Label), is the closest any of us are ever going to get to a visit from Sun Ra anytime soon. Combining a sci-fi eschatology with pumped-up keyboards and percussion, the Comets have a Hendrix wildness about them and this is highly recommended.

Wildness, too, in Kinshasa, where the brilliant Konono No. 1 have teamed up with Batida, aka the Angolan/Portuguese musician Pedro Coquenao. Lots of other fellow travellers come along for the ride that is Konono No. 1 Meets Batida (Crammed Discs), and it’s quite an excursion. 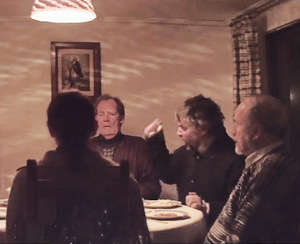 The members of Pablo Larrain’s The Club are four Catholic priests banished to a cheerless house in a remote Chilean seaside town. Superbly written, directed and acted, it’s a bleak exposé of the church, and a middle class that puts its convenience and comfort above all else.

In The Passing an unsympathetic couple find themselves in an isolated old house with a sympathetic but somewhat remote local man dressed in rather old garb. This is not a startlingly original setup but it’s a well-executed, atmospheric, Welsh-language ghost story with a political point.

Peter Greenaway’s Eisenstein in Guanajuato has the pioneering Soviet filmmaker and theorist exploring his sexuality in a more liberated climate. Arty design, extravagant visuals, and lots of bums, balls and talking about sex.

Conventionally plotted, but raw, intimate and hard-hitting, James White is an indie drama about a 20-something Manhattan party boy who learns what life and love are about when his mother becomes terminally ill. 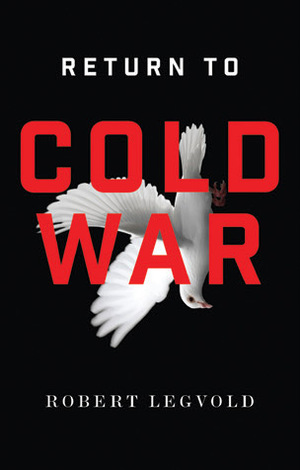 Robert Legvold, a Soviet and Russian foreign policy expert, says: ‘Even two years ago I could never have imagined writing this book.’ Its title is Return to Cold War (Polity), and given events since Ukraine erupted in 2014 it seems like no exaggeration. In his calm, even-handed analysis, Legvold examines how the current US-Russian confrontation compares with the original Cold War. Today, as then, mistrust and pride prevail. Each sees in the other malign intent. The West’s support for anti-Russian and pro-NATO elements in Ukraine led to Russian aggression, which resulted in US-EU sanctions and efforts to isolate Russia. All to no avail. While the US sees a troubled Russia under authoritarian rule, forcibly redrawing the map to its taste, Putin and those around him are convinced that the US has a formal strategy of ‘regime change’, using ‘colour revolutions’, and instigated coups d’état in its European backyard. Usefully, Legvold not only highlights the many blunders on both sides, but also suggests ways forward to make this new Cold War ‘as shallow and short-lived as possible’. It may involve the US, the more powerful party, making the first conciliatory move.