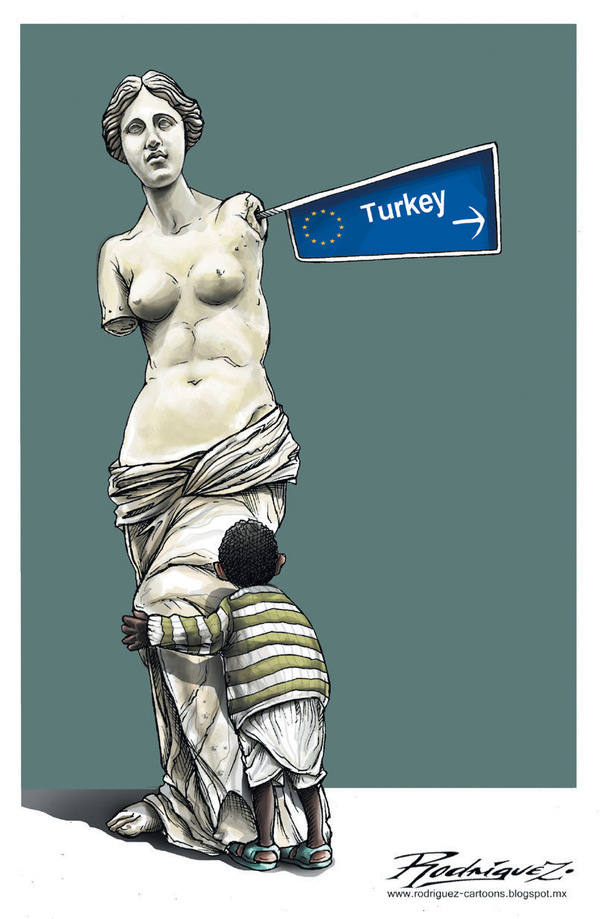 This cartoon is a comment upon the controversial refugee deal between the EU and Turkey. Garcia says: ‘A historical human rights violation of thousands of refugees. Can those who signed this agreement sleep at night?’

José Antonio Rodríguez García is a painter, illustrator and cartoonist based in Mexico City. He contributes editorial cartoons to the Mexican newspaper La Voz de Michoacán and the Spanish magazine Negratinta and is part of the German-based Usanie Uangu artists’ network.