The ‘re-election’ of Ali Bongo to a second Presidential term in Gabon is an all too familiar story for an African continent, writes Richard Swift. 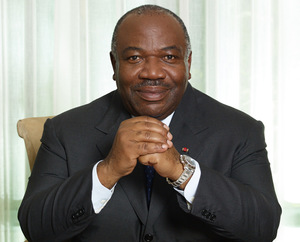 The ‘re-election’ of Ali Bongo (on 27 August) to a second Presidential term in Gabon is an all too familiar story for an African continent consistently betrayed by an autocratic and corrupt political class. Bongo held on to power through a highly controversial election in which a surge of votes from his district (99.9 per cent turnout, 95 per cent for Bongo) secured a narrow victory over opposition candidate Jean Ping (who also claimed victory). Despite international pressure, and violent demonstrations in the Gabonese capital of Libreville, a recount has been ruled ‘out of the question’.

The Bongo family has ruled over oil-rich Gabon on the central African coast for more than a century. Ali’s father Omar presided over the distribution of oil wealth to his cronies for 42 years until his demise in 2009, when he was succeeded by his son.

A lack of con­stitutional term limits and an un­democratic first-past-the-post electoral system – which saw Ali ascend to office with a mere 42 per cent in his 2009 victory – are the main ways by which the Bongos maintain control of their petro-state fiefdom.

Elites are bought off with petro-largesse and the police take care of dissent; over 1,000 people were arrested after the vote in August.

The Bongo family would no doubt identify with the witty riposte of fellow African despot Robert Mugabe over in Zimbabwe. When asked by some cheeky journalist when he was going to bid goodbye to his subjects, the 92-year-old Mugabe retorted ‘Why? Where are they going?’