The Burmese government has begun discussions with Thailand about repatriating refugees from camps across the border. Melanie Hargreaves reports. 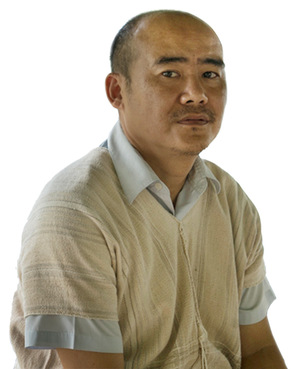 The Burmese government has begun discussions with Thailand about repatriating refugees from camps across the border.

On the face of it, this is good news. The hundreds of thousands of civilians – mostly from Karen and Karenni ethnic minority groups – who fled during 50 years of violence and insurgency under military rule, finally have the chance to return home.

Yet the news is being met with mixed reactions in the self-run camps. ‘If it’s possible, I’m happy to go back. But the fighting needs to stop [first],’ says Shew Hlaing, who lives in Mae La camp, now home to approximately 40,000 refugees and one of nine refugee camps in Thailand.

He escaped his village with his wife and two small children in 1990, after being forced to act as a porter for the Burmese military – a brutal task that led to his brother’s death.

For him, the camp has offered refuge. His children have shelter, schooling and enough to eat, due to the work of The Border Consortium, a partner of British-based charity Christian Aid, which has supported almost a quarter of a million refugees living in the camps since 1984 and is now helping people to prepare for the eventual journey home.

For many like Shew Hlaing, a return to Burma still doesn’t feel like an option. While people are keen to go back to their homeland – some Burmese villages have even set aside land for them – many are sceptical about the ceasefire signed in October 2015 and hear frequent reports of fighting across the border.

Dr Wado, a teacher in the refugee camp, feels more positive about repatriation. ‘We’ve been praying for this war to be over for years,’ he says. ‘I want to see the return of refugees.’

He feels reassured by the great steps towards democracy Burma has taken since Aung San Suu Kyi’s National League for Democracy party came to power just over a year ago.

The son of a Karen freedom fighter, he fled with relatives to Mae La, aged 13, to escape the violence and gain an education. His parents stayed in Burma to fight.

‘I’m really excited about it,’ he says. ‘Unfortunately, there’s some fighting near the border and conflict has flared up again, but it shouldn’t relapse.’

Shew Hlaing hopes it’s only a matter of time before they are able to leave: ‘Maybe one day there will be peace in Burma; then it will be time to go back.’