Report from Honduras by Rahila Gupta. 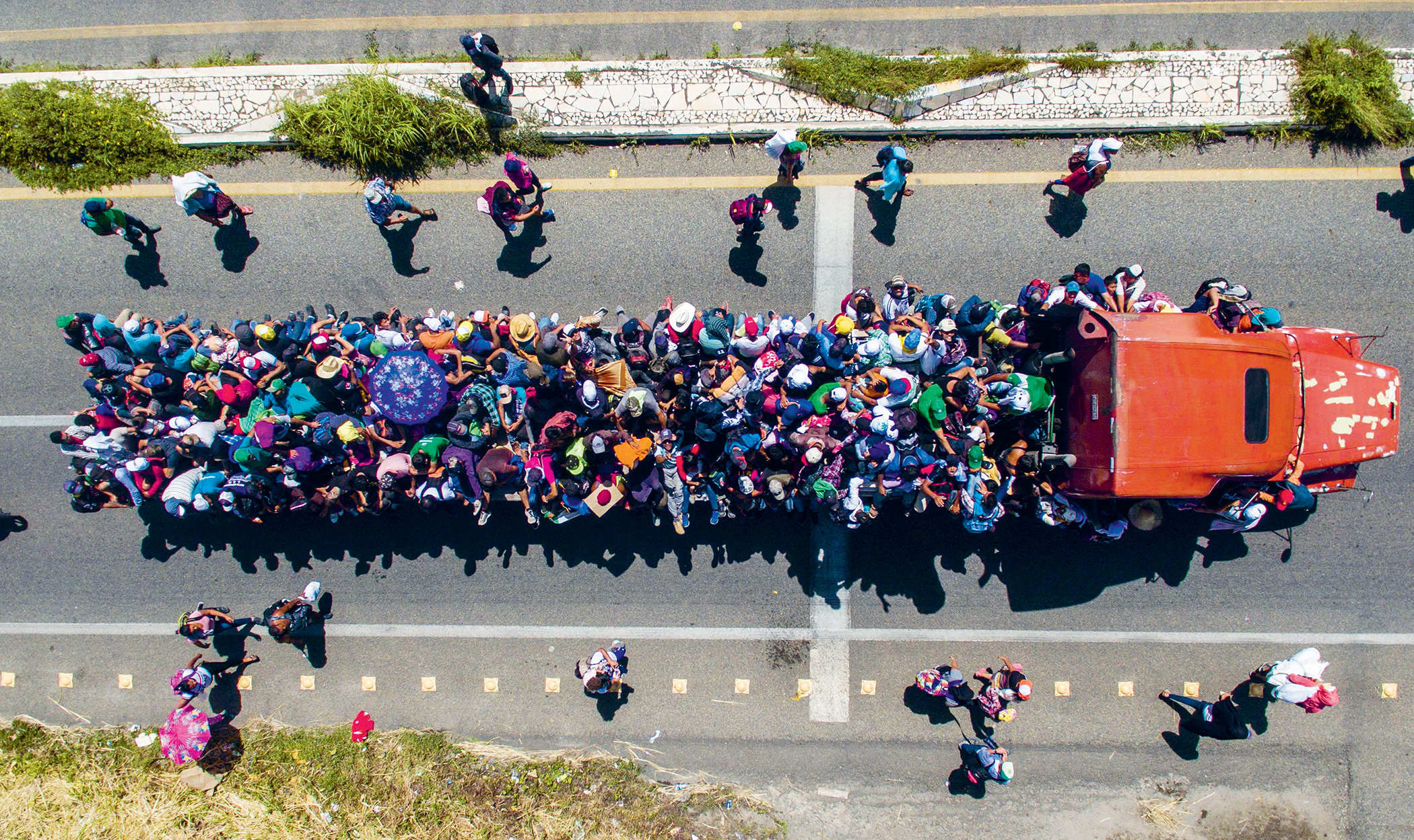 The view from above: Hondurans last year taking part in a caravan heading towards the US border. US policy toward Honduras will set new caravans in motion.
Photo: Pedro Pardo/AFP/Getty

The huge media interest in Central American immigrants who amassed in their thousands in caravans at the US border in November last year gave the impression that it was a one-off event. But new caravans keep coming.

That’s because there is a political force propelling Hondurans in particular, which gets altogether less coverage: the regime of the US-backed president Juan Orlando Hernández. Protesters there say they lack access to food, medicines, healthcare and education, and that dissent is brutally repressed. Doctors, nurses, teachers and students who recently mobilized against a proposed privatization bill were met with teargas, baton charges and mass detentions. State resources are increasingly diverted to militarization.

By contrast, the Western political class shines its lights full-beam on a crisis of similar magnitude in Venezuela because it is ideologically opposed to Venezuela’s President Nicolás Maduro and keen to install another US-backed leader, Juan Guaidó, in his place.

Honduras is an old story with a new plot. It’s a country rich in minerals, with a coffee, fruit, sugar-cane and textiles industry, where almost 70 per cent of people live in poverty. Gang violence and the drug trade contribute to one of the world’s highest murder rates – almost always in the top three, along with El Salvador.

US policy claims to be working towards ‘the wellbeing and security of the Honduran people’ but does exactly the opposite. Under President Trump, the US has vowed to cut off aid that was worth $181 million in 2017. His plan to deport undocumented workers will affect 60 per cent of the one million Hondurans in the US. Remittances from Hondurans abroad account for a fifth of their home country’s GDP.

All these measures set new caravans in motion.

Free thinking
Coal is in the air