The Debate: Is homeschooling socially harmful?

Does being educated at home limit or enrich children’s experiences? Lindsey T Powell and Cheryl Fields-Smith have different opinions. 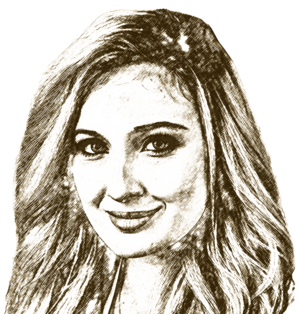 Lindsey is a homeschool graduate, passionate about sharing her experience and advocating for reform. She earned a BA in Political Science from the University of Pennsylvania in 2019 and currently works for Harvard University. Lindsey writes and speaks about her experience growing up in the homeschooling community, in an effort to foster honest dialogue about the hidden trade-offs of home education. 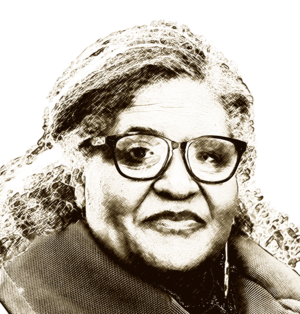 Cheryl is an Associate Professor of Elementary Education at the University of Georgia in the US. She earned her doctorate from Emory University. Her research interests include family engagement and homeschooling among black families. Her book Exploring Single Black Mothers’ Resistance through Homeschooling received the 2020 AESA Critics ChoiceAward.

LINDSEY: When my request to be homeschooled, aged nine, was granted, I was living a childhood dream. I relished attending school in pyjamas and taking field trips on a whim. But the novelty would soon wear off. As I grew older and pushed myself academically, I became increasingly introverted. While my social isolation facilitated disciplined study, it created many challenges.

When I left home, I came to realize that the homeschooling environment produced a world that was selectively crafted and ideologically filtered. When I arrived at college, I had never met someone with religious or political beliefs different from my own and my lack of adolescent social experiences left me feeling vulnerable and confused.

While I found my own homeschool experience to be lonely and isolating, it pales in comparison to the extreme social deprivation and neglect endured by others. I acknowledge the important distinction between abusive homeschooling environments and well-intended ones. While I am privileged to count myself among the latter, I maintain that homeschooling can be socially harmful under both sets of circumstances. Ideological echo chambers are likely to form when students are shielded from diverse viewpoints. The dearth of traditional social experiences can stifle social maturity and awareness, leaving homeschoolers vulnerable in unfamiliar circumstances later in life. And perhaps most damaging is the psychological toll of social isolation on a developing mind.

While I found my own homeschool experience to be lonely and isolating, it pales in comparison to the extreme social deprivation and neglect endured by others – Lindsey

CHERYL: No, homeschooling, in and of itself, is not socially harmful. Scholars such as Michael W Apple have criticized homeschool parents’ desires to cocoon their children from different world views and ideologies. Yet, this does not accurately capture the homeschooling experiences of all children.

Research has documented strategies that home educators use to create socialization opportunities, such as forming learning co-operatives where children attend classes with other children taught by different parents or by a certified teacher. In my research into black homeschoolers in Metro-Atlanta and Metro-DC, I found that parents were fully aware of the issue of socialization and, as a result, they selected a variety of ways for their children to have meaningful interactions with others. The homeschooled children also participated in sports, church activities, or community-based organizations such as 4-H Club1 and Scouting. Parents arranged activities for children to experience together, such as lessons with a local Grandmaster chess player. Finally, most home educators participating in the study lived in communities where their locally assigned public school represented a re-segregated institution with predominantly black teachers and students. Therefore, homeschooling actually enhanced children’s opportunities to develop relationships with ethnically, linguistically, and culturally diverse children.

LINDSEY: Under optimal conditions, proactive parents may manage to craft environments for their children that are more diverse than traditional schooling. However, this is not the norm. Most homeschool communities tend to be homogenous, and this outcome is often intentional. Studies cited by Harvard Law School Professor Elizabeth Bartholet have found that 50 to 90 per cent of homeschoolers are religiously motivated.2 While this is not intrinsically harmful, a desire to reinforce these beliefs often results in involvement with like-minded co-operatives and peers, to the exclusion of those with contrary beliefs.

Theorists including Amartya Sen and Martha Nussbaum highlight the connection between agency and freedom. Can one be truly free if confined to a limited subset of understandings from which to view the world? The absence of intellectual agency bears practical implications. Research shows that individuals who embrace religious beliefs on their own, rather than through a sense of obligation or guilt, experience greater confidence in their beliefs and higher levels of general well-being. There is also significant literature suggesting that perceived control over one’s choices is an important part of identity formation. Exposure to honest representations of alternative views is necessary for a student to feel as if they have made a formative decision for themself, even if they decide to retain the views of their parents.

CHERYL: Bartholet has been heavily critiqued, including by David Sikkink, who investigated her socialization claims and concluded: ‘Bartholet seems to take the “home” in homeschooling too seriously, as if their windows have prison bars. In actual practice, homeschoolers are organized in complex networks with educational organizations, civic, religious and cultural organizations, informal personal and virtual support groups, friendship circles, extended family, and so on.’3

Homeschooling has become less about religion. As agnostics and atheists increase, homeschooling among secular families also rises. In Sikkink’s study, only 51 per cent of homeschool families indicated religion as a motivation, while 81 per cent cited school environment and 61 per cent dissatisfaction with academic instruction. Instead, homeschooling provides options that parents need. As one parent described to The Atlantic, ‘I never intended to homeschool. I’m an accidental homeschooler, you could say… Then I got this kid. The school system was sucking the life out of him. He had ADHD and dysgraphia.’4 This mother turned to homeschooling when she found her son’s teacher was ‘emotionally abusive’ and not interested in his progress.

Finally, opportunity to socialize within public schools has drastically decreased with heightened focus on testing, which results in the reduction or even elimination of breaks for students and more direct instruction. School socialization often includes such ills as bullying. Children vary in susceptibility to these social pressures. Parents have the right to choose homeschooling as protection.

LINDSEY: Echo-chamber concerns in homeschool communities exist beyond religion. Ideologically homogenous environments of many kinds can incubate dangerous views. Consider homeschool student Derek Black, who was steeped in racist ideology, even establishing a white supremacist website for children.5 It was not until Derek encountered students unlike himself post-graduation that he began to ponder the harmfulness of his views. Derek’s story is an alarming reminder that unregulated homeschooling opens the door to the perpetration of harmful ideologies through selective socialization. While not all school-yard interactions are positive, learning how to handle conflict is an important developmental step in preparing students to navigate adulthood.

Furthermore, a distinction must be drawn between well-intended homeschooling parents and those who homeschool to avoid school employees trained to detect and report abuse. Many homeschooling parents are well-meaning, but those who are not pose a threat that cannot be ignored. A Connecticut study of students withdrawn from public school to be homeschooled found that 36 per cent resided in households with one or more prior reports to the child protection service.6 An English study of 800 serious cases of child abuse identified homeschooling as a common thread.7 Databases like ‘Homeschooling’s Invisible Children’8 catalogue numerous cases of extreme, even fatal, deprivation. Locked away from all social interaction, these students may as well have had bars on their windows.

CHERYL: To be clear, no parent has the right to abuse their children, emotionally, physically or educationally and neither does any traditional school. Parents rely on homeschooling to avoid the destructive conditions experienced by many children of colour in traditional schools. Although politically touted as ‘for everyone’, access to school choice is not equitable.

Homeschooling provides a haven from the maladies suffered by many children within public schools. As participants in a 2019 study by Lisa Puga stated, for black parents homeschooling is a protest. As the author explained, homeschooling ‘symbolizes the struggle and agency of acknowledging racial marginalization and institutional hegemony, yet deliberately manoeuvring around them’.9 Homeschooling is a necessary educational option for parents of children who traditional schools under-serve and sometimes harm.

In the US, trends suggest a decline in homeschooling among white families and a rise in Latinx homeschooling, and an estimated 41 per cent of children homeschooled represent ethnic or racial minorities.3 Therefore, actions related to homeschooling must consider the perspectives or needs of families of colour. Current homeschool laws in the US tend to presume that parents hold the best interests of their children, and most do. Revoking homeschooling completely would remove non-white parents’ access to an educational opportunity that enhances their children’s achievement and socialization opportunities.

What do you think? Your views on: reparations – an idea whose time has come?

As KA Dilday says, paying reparations alone will not transform society into one of I would say equity. Kehinde Andrews says the very act is transformative but the devil is in the detail because without clear plans to change the capitalist system itself reparations will be a mere sticking plaster. Without a corresponding intellectual argument for a viable replacement of capitalism that isn't based on ‘race’, which the reparations payments still are (ethically), there will be no change, just empowered market actors.