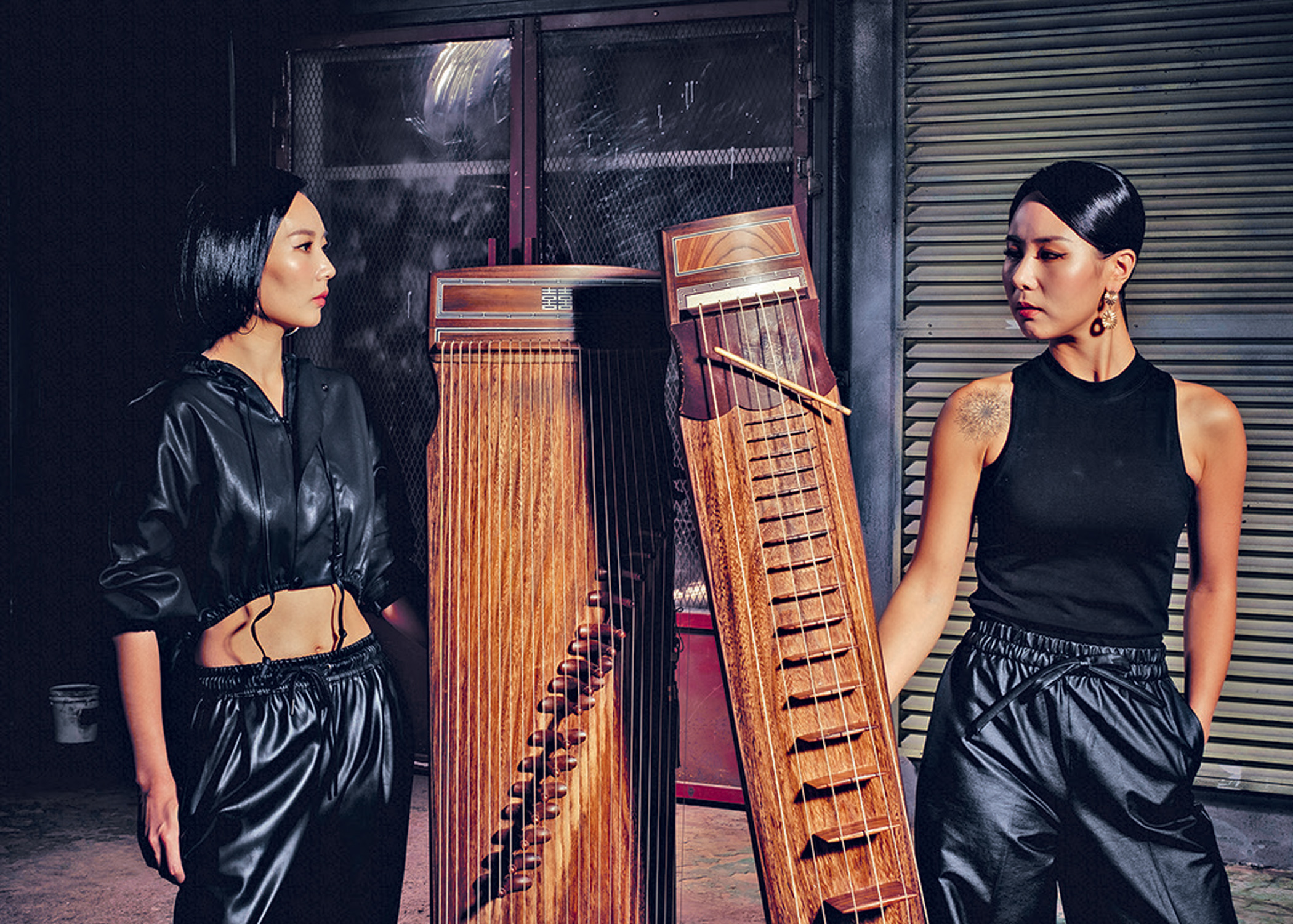 Hailing from Seoul, South Korea, Ha Suyean and Hwang Hyeyoung are the two musicians who make up Dal:um, a duo that starts with traditional instruments and ends with whole new ways of playing them.

The literal meaning of the Korean word ‘dal:um’ is to ‘keep pursuing something’ but in dialect the word can also mean ‘different’ – echoing the title of this debut album.

For this duo, the similarities are their respective instruments – the gayageum and geomungo are both silk-stringed boxes, rather like giant, rectangular zithers. The differences lie in the instruments’ size, timbre and tonal capacities, to say nothing of the music that Suyean and Hyeyoung serve us.

Similar & Different is characterized by an uncluttered feel that really lets the instruments sing, and the immaculate recording allows space for the sound to resonate fully. With the six instrumentals for gayageum and geomungo, the two women set up a mighty dialogue between themselves. The opener, ‘Dasreum’, begins with a bell to call us to attention: if this quiet tune signals a traditional start, the feeling is soon dispelled. Subsequent pieces see Suyean and Hyeyoung going full Jimi Hendrix, as they pluck, strum and percuss these two acoustic instruments into cascades of sound. In total, you’re never sure where the compositions are going to next – ‘Tal’ has a lilting rhythm, ‘Trace’ goes at a full gallop – but the overall effect is exhilarating. 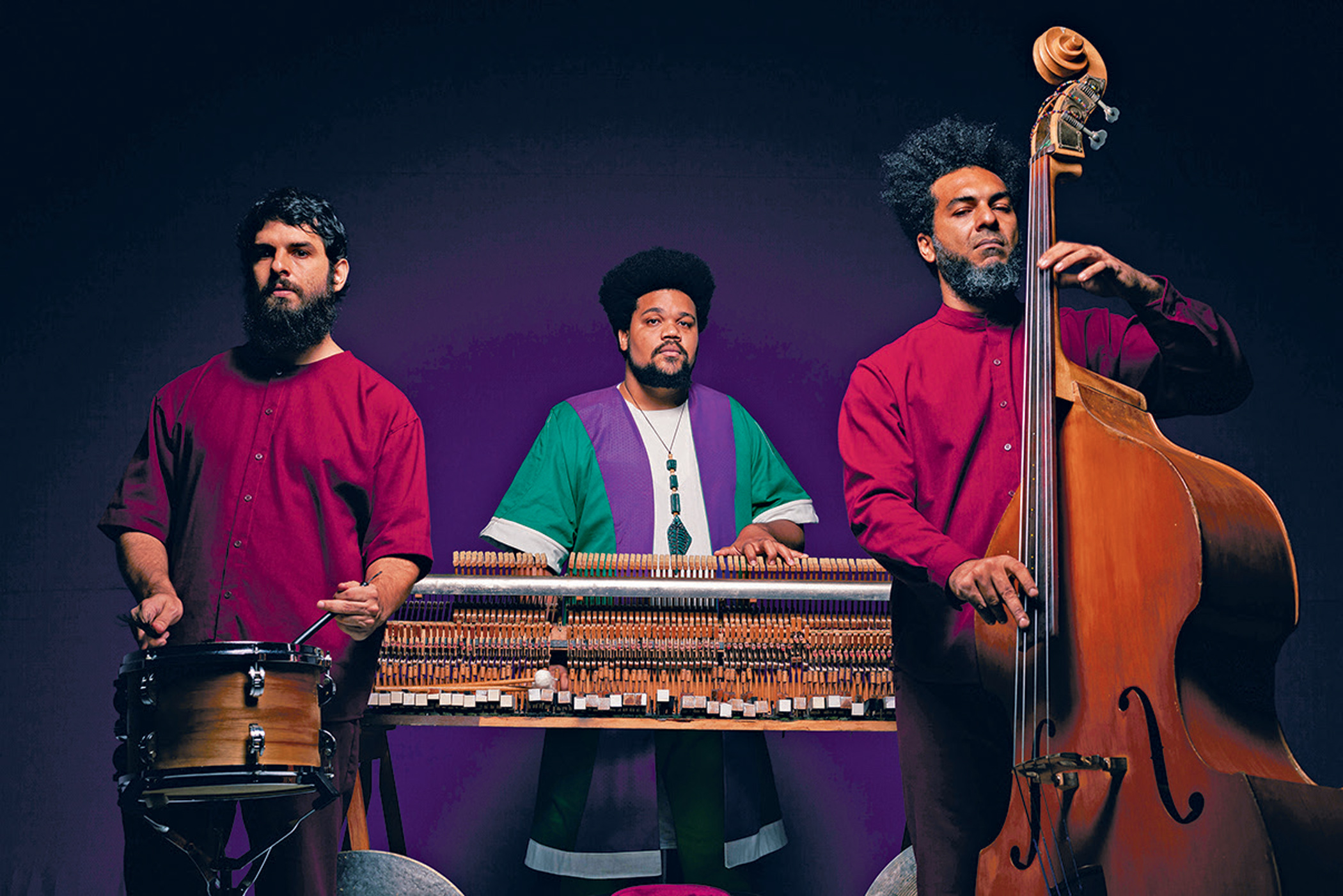 ‘Sankofa’ is a small word that means a lot. From the Ghana region, it signifies a ‘retrieval’, a ‘fetching’. In recent decades, especially outside the African continent, Sankofa has become a word synonymous with education and empowerment, of learning from history, for the African diaspora. In Ghana’s system of Adrinka – the series of pictograms or symbols – the Sankofa is a bird looking backwards, bending its beak towards its back in a near-perfect circle. In the hands of the Brazilian jazz pianist, Amaro Freitas, Sankofa is a way to explore a gamut of influences in his music – samba, as well as Afro-American jazz – and to literally put on record black Brazilian history.

Augmented by inspired polyrhythms from drummer Hugo Medeiros and a supple bass line from Jean Elton on double bass, Freitas offers extraordinary moods. The title track to this, his third album, is smoky piano from the start: it is as if he’s taking us into that intimate club space to listen. This is followed by the explosive ‘Ayeye’ (in Yoruba, ‘celebration’), which is nothing so much as sonic fireworks. Freitas makes sure his sleevenotes impart as much as the music: there are tributes to Tereza de Benguela, the Quilombola queen who led Black and indigenous people in a fight against slavery in the Mato Grosso region; to Mahommah Gardo Baquaqua, who escaped slavery in the US in 1847 and published his testimonies; and to the mighty singer-songwriter Milton Nascimento. Freitas sees this album as a spiritual quest expressed in sound, but it’s also a necessary and welcome history lesson.