In an upside-down world, there are many questions to be asked, writes Eduardo Galeano. 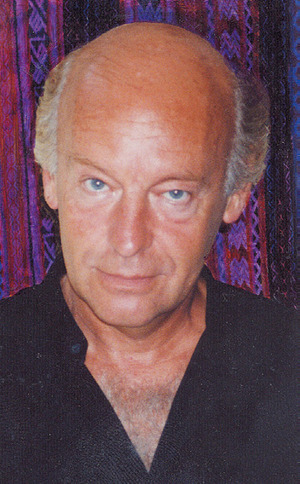 I want to share a few questions, a few flies buzzing in my head.

Is justice just? In this upside-down world, is she still on her feet?

The cobbler of Iraq, the man who threw his shoes at George Bush, was sentenced to three years in prison. Shouldn’t he be given an award instead?

Who is the terrorist? Isn’t the guilty party the serial killer who invented the Iraq war out of lies, who assassinated a people, who legalized and ordered the use of torture?

And what of the people of Atenco, Mexico, or the indigenous Mapuches of Chile or Kekchies of Guatemala or the landless peasants of Brazil – all accused of terrorism for defending their right to the land – are they all guilty? If the land is sacred – though the law does not recognize it as such – are not those who defend it sacred too?

According to Foreign Policy magazine, Somalia is the most dangerous place on earth. But who are the pirates? The starving people who attack ships or the Wall Street speculators who rob the world for years and years and now receive millions in compensation for their efforts?

Why does the world reward those who pillage it? Why is justice blind in one eye?

Wal-Mart, the most powerful company in the world, bars its workers from unionizing. So does McDonald’s. Why do these companies flout international law, consistently and with impunity? Is it because in the world today labour is worth less than garbage and workers’ rights are worth even less?

Who are the just and who the unjust? If international justice really exists, why are the powerful never judged and sent away? Why are the authors of the most horrendous carnage never arrested? Is it because they hold the keys to the prisons?

Why are the five countries with veto power on the UN Security Council untouchable? Are they protected by some divine right? Do they use peace as a fig leaf to cloak the business of war? Is it right that world peace is entrusted to the five largest arms-producing nations? Not to insult drug traffickers, but isn’t this also a case of ‘organized’ crime?

And why do those who call for the death penalty never demand punishment for the warmongers? They rage against those who kill with knives but not those who murder with missiles.

If these crusaders of justice are so eager to kill, why don’t they demand the death penalty for social injustice? Is a world just when it spends three million dollars a minute on the military while 15 children die of hunger or incurable disease in the same time?

And why isn’t the death penalty invoked against death itself? The world is organized at the service of death. Doesn’t the military industry, which devours the lion’s share of our resources and so much of our energy, simply manufacture death? The lords of the world only condemn violence when others practise it. We humans are the only animal specialized in mutual extermination and we have developed a technology of destruction that is gradually annihilating the planet and all of its inhabitants.

This technology is fed by fear. The sowers of panic condemn us to solitude and ban solidarity: it’s each for his own, a state of ‘all against all’, in which your neighbour is suspect and constant vigilance is the rule. This guy will rob you, that one will rape you, the baby carriage hides a Muslim bomb and the innocent-looking woman to your right will give you swine flu if she looks at you.

In an upside-down world, fear pervades the most elemental acts of justice and common sense. When President Evo Morales began the reformation of Bolivia, so that this majority-indigenous country could stop being ashamed to look at itself in the mirror, panic erupted. This challenge was catastrophic from the point of view of the traditional racist order, which presented itself as the only order possible. Evo, it was claimed, unleashed chaos and violence and it was his fault that national unity was about to shatter.

And when the President of Ecuador, Rafael Correa, announced that he was refusing to pay illegitimate debts, the news triggered panic in the financial world. Ecuador was threatened with ghastly punishments for setting such a bad example. If military dictatorships and thieving politicians have always been coddled by the international banking industry, haven’t we accepted it yet that the people pay for the club they are beaten with and for the greed that robs them blind?

But weren’t justice and common sense born together, joined at the hip?

Isn’t it common sense what feminists say – that if men could get pregnant, abortion would be free? Why isn’t there a right to abortion? Is it because it would then no longer be the privilege of women who can pay for it and doctors who can charge for it?

It is the same with another scandalous denial of justice and common sense: the legalization of drugs. Isn’t this, like abortion, an issue of public health? Does the country with the largest number of drug addicts have the moral authority to condemn those who supply their habit? And why do the media, so devoted to the war against drugs, never say that most of the world’s heroin comes from Afghanistan? Who rules Afghanistan? Isn’t the country under military occupation by the messianic country with the self-appointed mission of saving the rest of the world?

Why aren’t drugs legalized once and for all? Because they provide the best excuse for military invasions, as well as mouth-watering profits for the big banks that dedicate their nights to laundering money?

In Lewis Carroll’s book, the Queen explains to Alice how justice works in Wonderland, in the case of the King’s messenger: ‘He’s in prison now being punished and the trial doesn’t even begin till next Wednesday; and of course the crime comes last of all.’

In El Salvador, Archbishop Oscar Arnulfo Romero confirmed that justice, like the snake, only bites those who don’t have shoes. He was murdered for denouncing the fact that in his country the unshod are born condemned, for the crime of being born.

Isn’t the outcome of the recent elections in El Salvador a sort of homage to Archbishop Romero and the thousands who, like him, died fighting for a just justice in the reign of injustice?

Sometimes the histories of History end badly; but History herself does not end. When she says goodbye, she means see you later.

Eduardo Galeano is a Uruguayan writer and journalist and author of The Open Veins of Latin America, Memories of Fire and Mirrors/An Almost Universal History. © IPS

Tribute to Tajudeen
Hossam Bahgat
Back