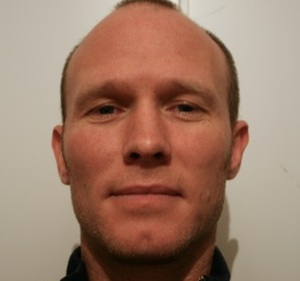 YES: Dr. Michael Flynn is the founder and coordinator of the Global Detention Project based at the Graduate Institute’s Global Migration Centre – which tracks the growth of detention infrastructure worldwide. His recent papers include: ‘The Hidden Costs of Human Rights: The Case of Immigration Detention’ (September 2013) and ‘On the Unintended Consequences of Human Rights Promotion on Immigration Detention’, in March 2012.

The apparent impact of the work of the Council of Europe’s Committee for the Prevention of Torture (CPT) on state behaviour is a case in point. The CPT has criticized states for incarcerating vulnerable migrants with criminals in prisons since the 1990s. And it has repeatedly pressed countries to establish migrant-only facilities instead. Many states have subsequently acted on these recommendations.

But, as journalist Deepa Fernandes once wrote, ‘with the increase in prison beds to house immigrants comes the pressure to fill them.’

Of course, this is not sufficient evidence that human rights advocacy alone leads to burgeoning detention regimes. There are a host of other variables such as domestic politics, changes in migration patterns and economics among others.

Nevertheless, I would argue that in pushing states to create specialized bureaucracies to detain migrants, advocacy has unwittingly helped encourage increases in some countries and engender conditions that ensure detention remains a primary tool of states.

Does this mean we should stop pushing for improved detention conditions? Of course not. But there seems to be an inevitable tension between efforts to improve treatment and those aimed at ending the practice.

Many thousands of migrants are held in punitive and inhumane conditions around the world. Advocating for humane conditions in detention is not only a moral imperative: it is an essential step towards humanization and an end to detention. 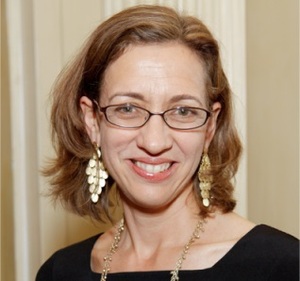 NO: Michelle Brané is the Director of the Migrant Rights and Justice programme at the Women’s Refugee Commission (WRC) and leads the organization’s work on detention reform and parental rights. Michelle wrote WRC’s 2007 landmark report on family detention, Locking Up Family Values, and the 2009 report on unaccompanied migrant children, Halfway Home.

It is unrealistic to believe that governments will, one fine day, wake up and decide to end all detention. We must build momentum toward ending detention, and to do so, we must first change the culture of detention. By compelling governments and detention centers to treat migrants like human beings, deserving of humane conditions, we change the way they view migrants. By changing the way they view migrants, we progress toward a future without migrant detention.

You and I agree that we must always consider unintended consequences. But I see no evidence of a causal connection between improved detention conditions and increased detention – in fact, I see evidence to the contrary in the US.

Although some regions saw a simultaneous decrease in the number of migrants detained in jails and an increase in overall detention, this does not mean that one caused the other. To the contrary, the years when US immigrant detention expanded the most occurred while detention conditions worsened and the use of prison-like facilities increased. Furthermore, dramatic improvements to family detention were followed by an 80 percent reduction in family detention.

In the long campaign to ending migrant detention, we must first recognize migrants as human beings who are entitled to the same rights and humane treatment as citizens.

You make several claims that I support. Pressure must be put on authorities to ensure that people in custody are not mistreated; it is pure fantasy to think that governments will suddenly stop detaining migrants; and advocacy on reform and abolition should serve the same ends.

But unfortunately, these strands of campaigning are often at loggerheads. In many countries that the Global Detention Project has studied, we find that NGOs working with detainees are in direct conflict with groups working to end detention. In some cases, these arguments have led to lawsuits. This counterproductive infighting has roots in the dilemma that I have tried to describe.

The insistence by civil society that detainees be treated as human beings has helped lead to a massive and well entrenched detention regime. In part because of this entrenchment, detention is likely there to stay, and with increasingly strict conditions - Michael

To say there is ‘no evidence’ of a connection between increasing detention and rights advocacy is as much of an overstatement as claiming that there is irrefutable evidence of such a connection.

Your frame of reference is the United States. Your excellent 2007 report Locking Up Family Values indicates that Congress created family detention in response to pressure regarding ‘family values’. On the other hand – as you write – later advocacy on the issue led to a decrease in this form of detention, though not abolition.

In France, the current migrant detention infrastructure, among the largest in Europe, resulted from public pressure to improve the conditions of the relatively small number of people France detained at that time. More recently, last year Cyprus opened its first dedicated detention centre after years of advocacy by the European Union and rights groups to improve the treatment of migrant detainees. The new centre appears to double that country’s migrant detention capacity.

You may be right, advocacy on conditions may in some cases lead to an overall decrease. Sadly, however, I suspect the longer term impact will be to normalize detention, a fact evidenced by UNHCR recommending the US Berks family detention centre as a ‘model’ to be followed.

France and Cyprus, your examples, again show the creation of an immigration bureaucracy simultaneously with an expansion of detention. But improving conditions is not the same as developing a new bureaucracy, and the former doesn’t necessarily cause the latter. Expanded detention may have already on the table, and could well have occurred regardless of advocacy.

Elsewhere in Europe, we see improved conditions that come linked to a decrease in detention. Belgium, for example, tested an alternative form of detention for families in direct response to pressure over conditions. The programme convinced skeptical authorities that formal detention is not always necessary. Belgium has not only expanded the programme, but also advocates for similar shifts internationally.

The root problem is that governments increase detention because they are comfortable with it and they see no alternatives. We must expand their mindset and wean them off their belief in detention. Demanding an abrupt end is not enough - Michelle

Collateral consequences are always a possibility, and we must guard against them. But the problem swings both ways: when US migrant advocates thwarted new migrant-only facilities, the government responded with expanded prison detention.

Even alternatives to detention can impose more restrictions on migrants without reducing traditional detention, as you point out in Jan/Feb's issue of New Internationalist.

The increase in family detention, which you mention – and I agree that this is problematic – was a response to calls to end detention, and not calls to improve conditions. This is exactly why I advocate for alternative forms of detention – with improved conditions – as a critical step in some situations.

The root problem is that governments increase detention because they are comfortable with it and they see no alternatives. We must expand their mindset and wean them off their belief in detention. Demanding an abrupt end to detention is not enough.

To return to France and Cyprus, I think the history is a bit different. Cyprus has had an immigration detention bureaucracy in place for many years. It was not created in response to rights advocacy, at least not to my knowledge. Europe has long pressured the country to improve its places of detention, and opening this new facility was reportedly a condition for receiving certain EU funds.

In France, it is fairly well established history that rights advocacy on behalf of detainees played an instrumental role in that country’s decision to develop the system of centres de retention.

Readers can consult the Cimade website for more information. The insistence by civil society that detainees be treated as human beings has helped lead to a massive and well entrenched detention regime, as scholars have pointed out. In part because of this entrenchment, detention is likely there to stay, and with increasingly strict conditions.

But these are just two cases in a world in which most countries on the globe appear to detain migrants. The forces leading to increases in detention efforts are varied and thus I would never argue that advocacy has served as a sole driver. Just the same, it would be wrong to turn a blind eye to the way it has in some cases unwittingly helped nurture this phenomenon.

This is not just an intellectual exercise. The treatment of migrants sadly is a political issue. As such, forms of resistance are often co-opted to serve political ends, which is precisely why, when assessing ‘alternatives’ to detention, we must be aware of how they can be used for public relations purposes and not in the service of the larger aim of reducing the number of people behind bars.

So far, there appear to be few real successes in this regard, with Belgian’s alternatives for families being the main exception, as you point out. Nevertheless, because of the numbers of absconding families, that country is currently considering building family detention units.

As ever, pleasure debating you Michelle!