Twenty-five years ago, the founders of Drik photo agency had a vision: ‘to bring positive change through the professional and effective use of multimedia communication’. As they celebrate their quarter-century, Shahidul Alam recalls the early days, and offers some iconic photographs from their files. 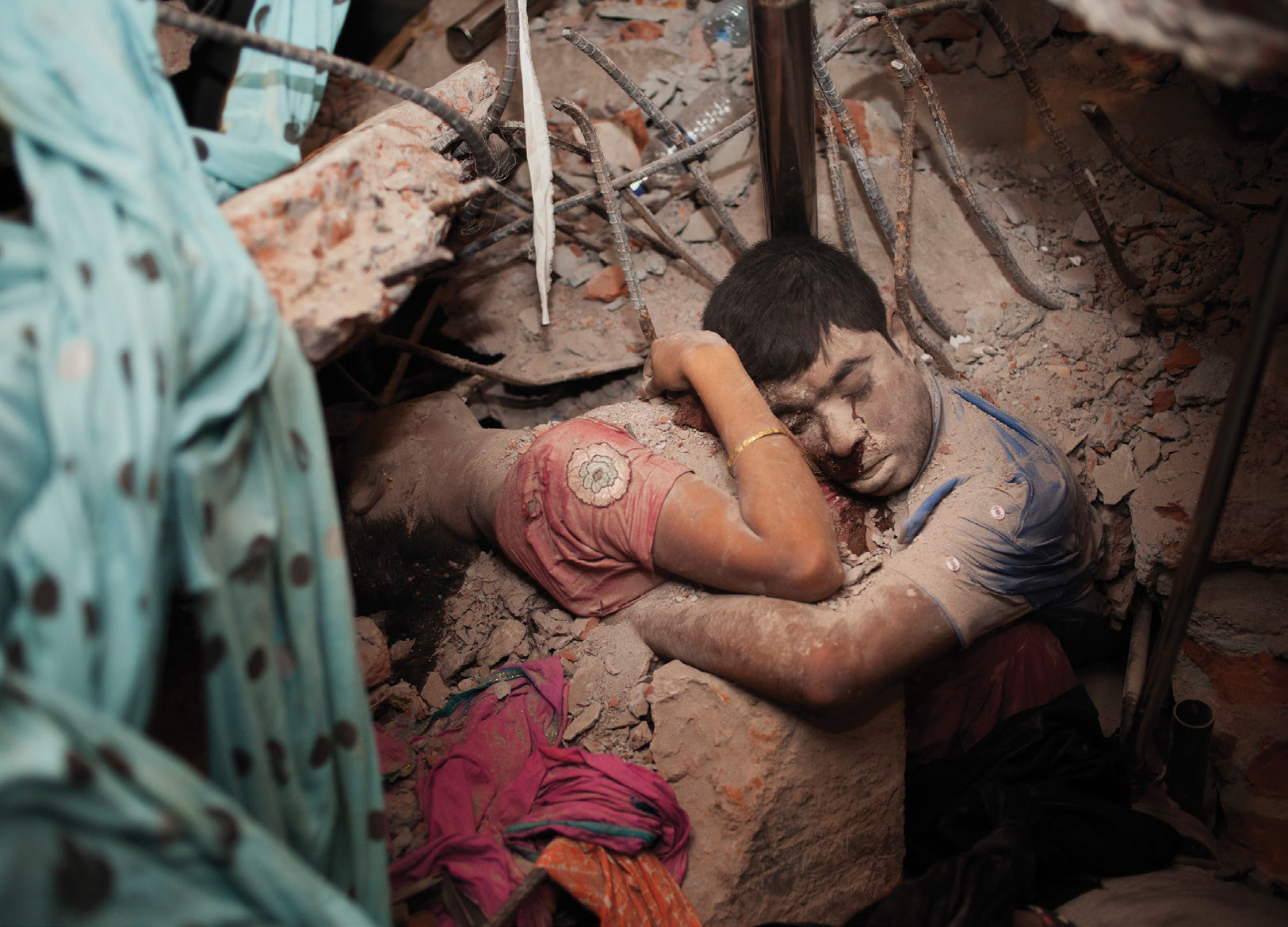 ‘This image, while deeply disturbing, is also hauntingly beautiful. An embrace in death, its tenderness rises above the rubble to touch us where we are most vulnerable. By making it personal, it refuses to let go. This is a photograph that will torment us in our dreams. Quietly it tells us: never again.’ Taslima Akhter, a former student and current teacher at Pathshala. A labour activist, Taslima has been involved with the garments movement for many years.
Taslima Akhter/Drik

The dot matrix Olivetti printer was noisy. The XT computer came without a hard drive: two floppy disks uploaded the operating system. When the electricity went (as it often did), we had to reload it. Our bathroom doubled as our darkroom. A clunky metal cabinet housed our prints, slides, negatives and files. Anisur Rahman and Abu Naser Siddique were our printers; I was photographer, manager, copy editor and part-time janitor. Cheryle Yin-Lo, an Australian who had read about us in a magazine, joined as our librarian. We offered and she happily accepted a local salary. My partner Rahnuma Ahmed often got roped in when we were short-staffed. That was 25 years ago.

Little experience and zero cash rarely got in the way: we started publishing from day one. Postcards, bookmarks (often using offcuts from the press) and even a company calendar were produced by friendly printers who printed on credit. Residents of Bangladesh’s capital, Dhaka, used to seeing flowers, pretty women, mosques and waterfalls, suddenly woke up to social messages in black and white on their wall calendars. It worked, and we were able to sell them door-to-door and pay back the printers – until there was a flood and half our stock got inundated. 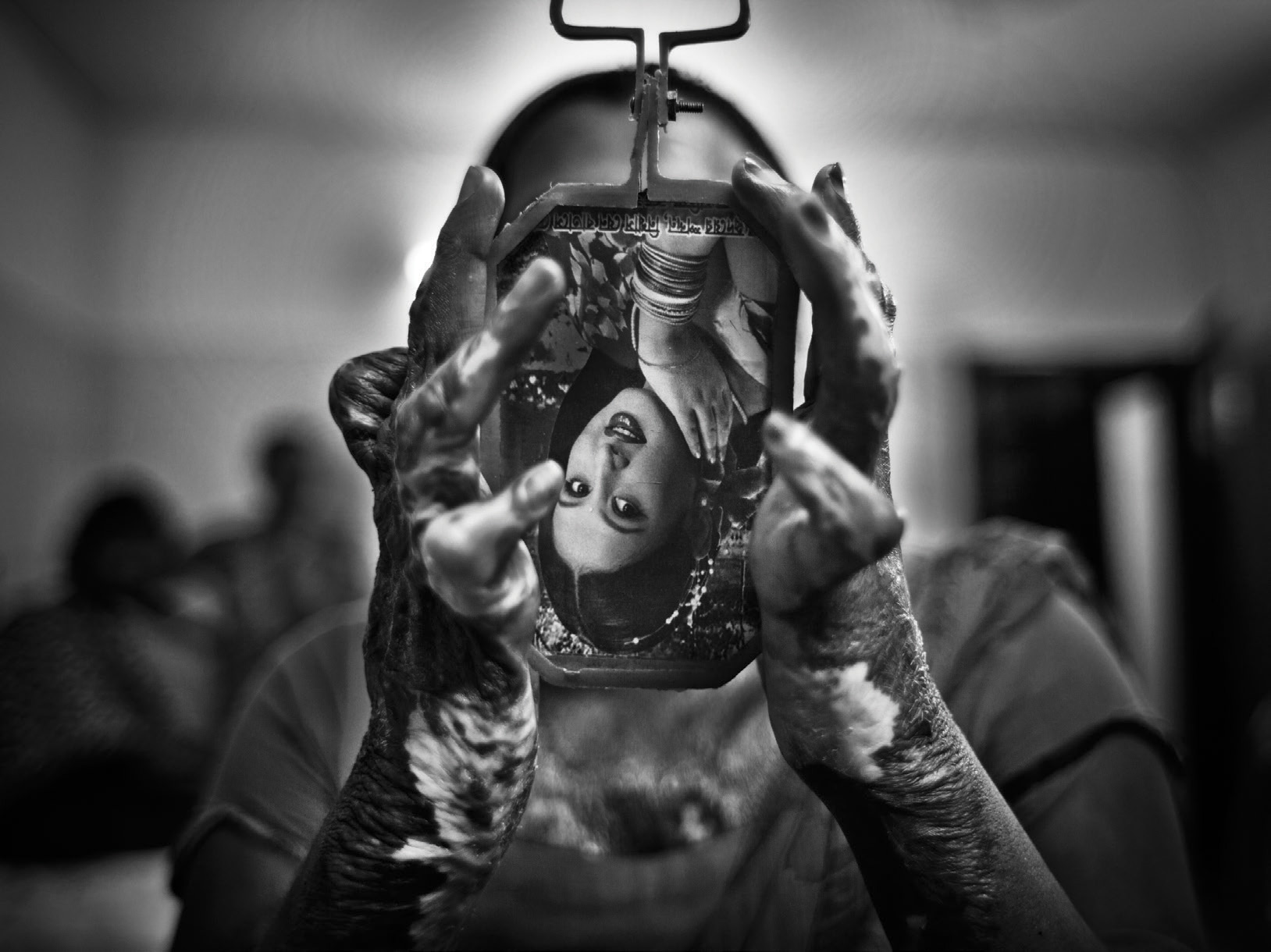 ‘I prefer to tell the story of her pain and loss with respect and sensitivity. This image tells the story of all women who are survivors of acid violence who are trying to rebuild their lives.’ Khaled Hasan, a Majority World photographer and a former student at Pathshala.
Khaled Hasan/Majority World/Drik

Tired of being pitied for our poverty, and do-gooder attempts to ‘save’ us, we had decided to become our own storytellers. And did we have stories to tell! Our agency, Drik, grew and we picked up many loyal friends and several powerful enemies along the way. Knowing we had to compete with better-resourced entities in the West, we set up the nation’s first email network using Fidonet.

Banglarights, our human rights portal, annoyed the government; our telephone lines were switched off for 30 months. Our exhibitions, political and often critical of the establishment, got turned down by mainstream galleries, so we built our own. The government sent riot police to close down our shows on several occasions. Being stabbed in the street, arrested, and generally persecuted became some of the more troubling after-effects of our activism, but a nationwide campaign to reopen our gallery, and a court ruling in our favour, convinced us that the person on the street was on our side. That was all the ammunition we needed. 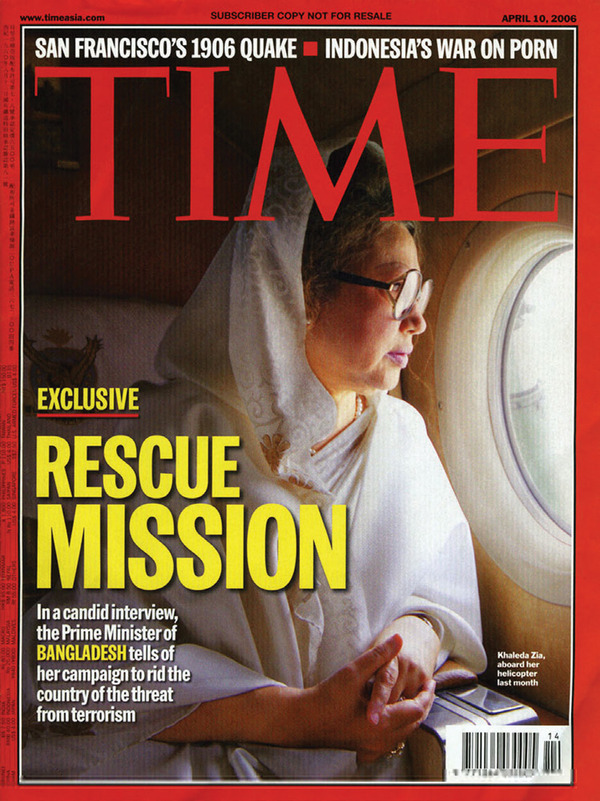 Along the way, we had set up a photographic school, Pathshala, now recognized as being among the finest in the world. We also set up a photo festival; again, a highlight of the Asian cultural calendar. Geed up by what we’d achieved in Bangladesh, we set our sights on challenging the global world order. Majority World was born, a platform for local photographers from Africa, Asia, Latin America and the Middle East with their own stories to tell. As Bob Dylan had sung in the Concert for Bangladesh in Madison Square Garden in 1971, ‘For the times they are a-changin’. 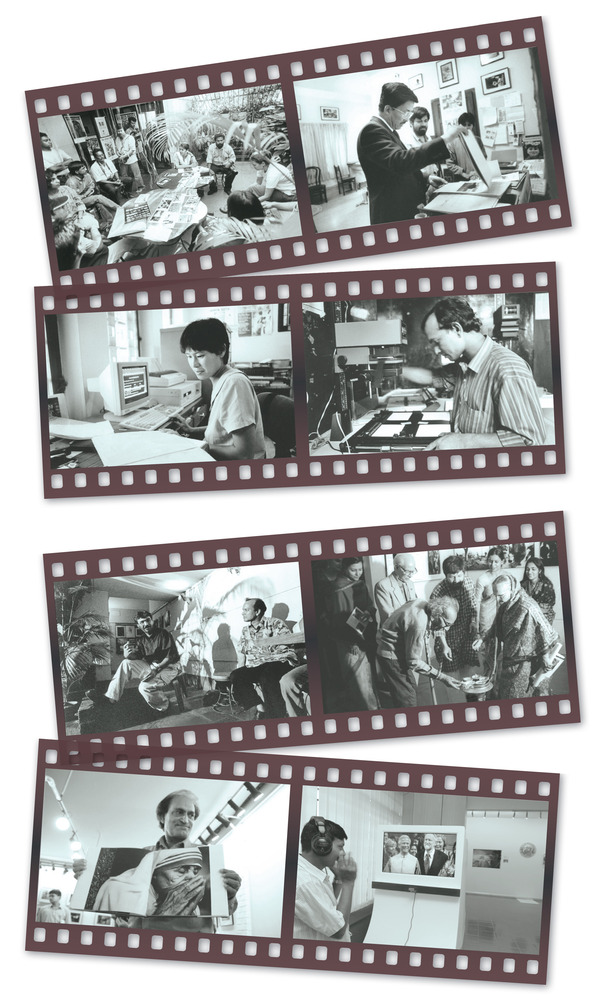 Making Waves: Desmond D'Sa
Only Planet - Trial by combat
Back