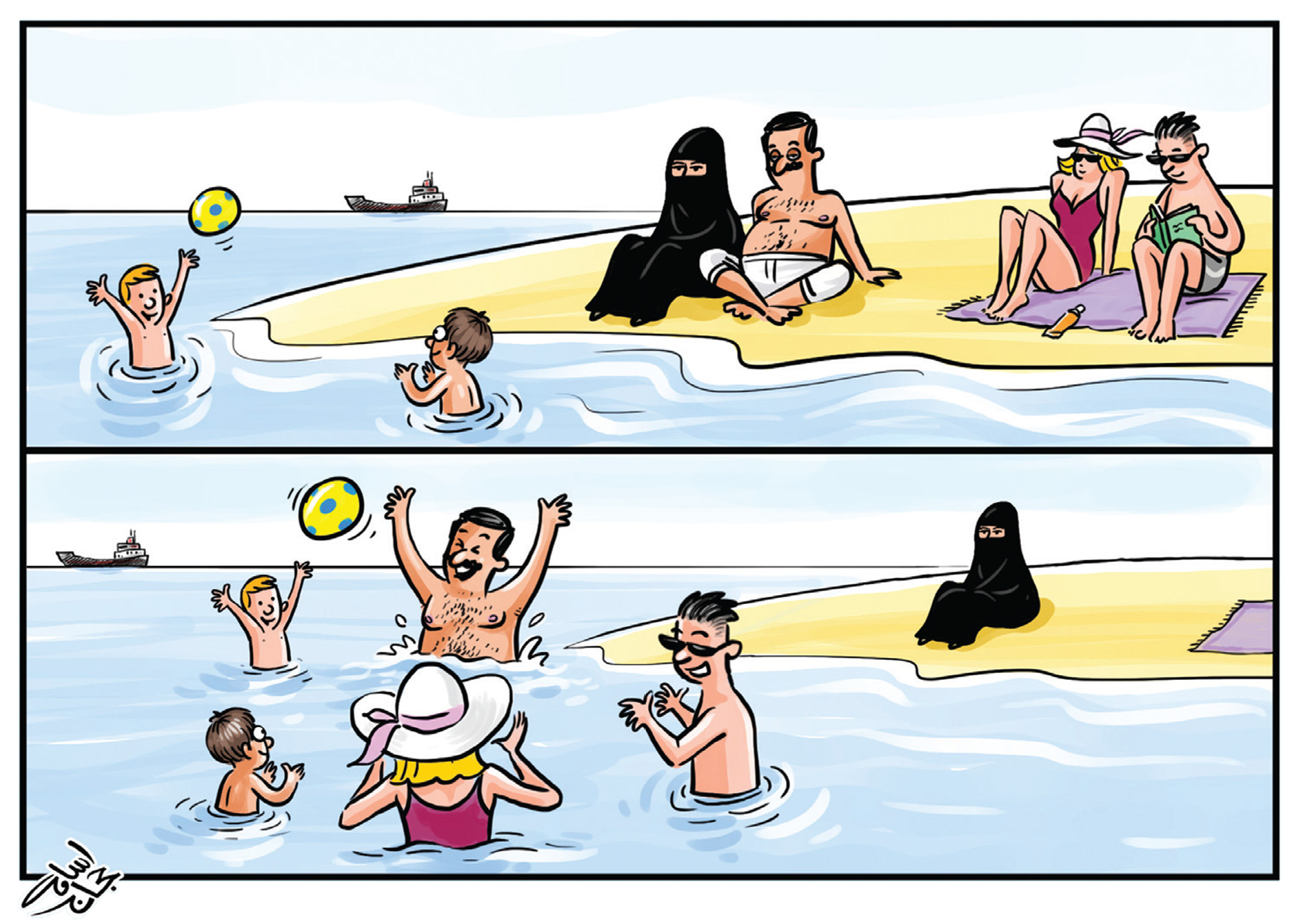 Since the publication of this cartoon, Osama Hajjaj has received death threats from supporters of ‘Islamic State’ based in Jordan. Osama responded: 'Those cowards won’t stop me. I still believe that freedom of thought and expression is a human right.'

Osama is based in the Jordanian capital, Amman, where he currently works for the Al Arab Al Youm news­paper, though he also posts daily cartoons on his own Facebook page.