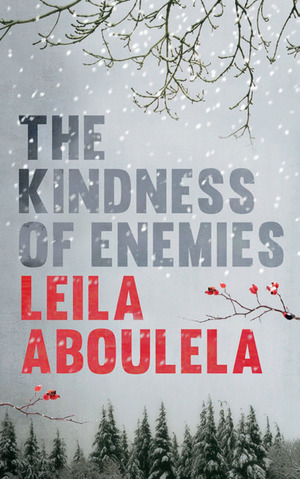 The Kindness of Enemies

The latest offering from Caine Prize-winning author Leila Aboulela is a wonderful journey across time (from 1839 to 2011) and continents (from Scotland to Chechnya to Sudan), interwoven with the universal themes of identity, displacement and the desire to belong.

Natasha Hussein is a Sudanese-Russian academic based in Aberdeen, who is researching the life of Sufi spiritual leader and freedom fighter Imam Shamil of Dagestan. Natasha has abandoned her Muslim faith and her surname in an attempt to fit in, but as a ‘half and half’, as she calls herself, she struggles to feel at home or to find people who can truly understand her. So she is drawn to one of her students, Oz (real name Osama – he, too, is trying to avoid a certain association) and Oz’s mother, Malak, and to their link to Shamil. As she delves further into 19th-century Russian politics, Natasha is faced with difficult questions about herself and her relationship with her family, but ultimately her journey of self-discovery brings her home.

Leila Aboulela is a writer of flair and compassion, and The Kindness of Enemies is a thoughtful, insightful exploration of Muslim values (a welcome corrective to today’s tabloid scare stories) and of the difficulties, and benefits, of being ‘different’. 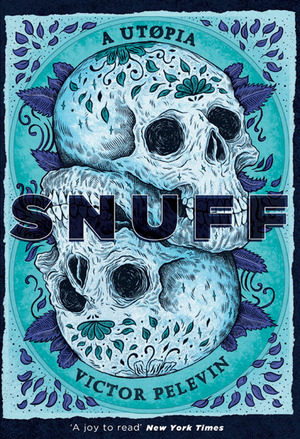 by Victor Pelevin. Translated from the Russian by Andrew Bromfield (Gollancz, ISBN 978147321302)

Science Fiction as satire on political systems and social trends has a long and distinguished history stretching back to 1984, Brave New World and (the granddaddy of these more famous dystopias) Yevgeny Zamyatin’s We. Following in these illustrious footsteps is Russian novelist Victor Pelevin with S.N.U.F.F, which he styles as a ‘utopia’. Set many hundreds of years in the future, society is literally stratified, with the privileged elite living a high-tech high life on a floating city, Byzantium (‘Big Byz’ to its inhabitants) and the poor scratching a subsistence living on the surface in war-torn Urkania. War is vital to the economy of both airborne and earthbound states, with the citizenry of Urkania embroiled in endless baroque, staged conflicts, which the population of Byzantium view as their primary source of entertainment.

Filming – and, where necessary, covertly instigating – these wars is drone cameraman Damilola Karpov, whose work for the Special Newsreel/Universal Feature Film network is avidly consumed by the viewing public. Karpov’s latest project is recording the activities of two young Urkanians, Grim and Chloe, as they become unwitting protagonists in the lead-up to the latest bout of bloodletting.

Pelevin has much slapstick fun with the antics of the panjandrums of Urkania and Big Byz, and his satire on war as entertainment and the confection of national causes for financial gain is effective if rather broad-brush. The parallel with the Ukrainian crisis is obvious but not overstated and, in the end, S.N.U.F.F is a rattling good read that is confident enough in its message not to take itself too seriously. 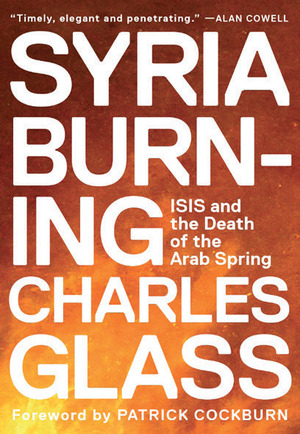 Almost 30 years ago Charles Glass made the first of his rambling journeys across the Levant. It was a trip that ended in Beirut, where Glass spent 62 days chained to the wall of a Hizbullah dungeon, and that produced the book Tribes with Flags, now a classic of Middle Eastern foreign correspondence.

By comparison, this attempt to make sense of the conflict that has engulfed Syria since 2011 feels rushed and uneven. Glass asks how the uprising degenerated into a war of such savagery, and finds his answer in the rise of religious extremism and the meddling of foreign powers. There’s plenty here on how the Sunni theocracies of Saudi Arabia and Qatar ‘funded the groups that became ISIS’, along with numerous examples of the sadism of the jihadis.

No-one would dispute that regional powers are now fighting a proxy war on Syrian soil. But this argument needs to be balanced by an honest account of Assad’s role in the burning of Syria. There’s little on how decades of state brutality turned the country into a powder keg, less on the ruthless violence used against unarmed protesters, and almost nothing on Assad’s indiscriminate barrel bombing of civilians. Readers looking for insight into the origins and mentality of ISIS will also come up empty handed. In a book about Syria’s war, these are omissions that cannot be overlooked.

Mixed Media: Music reviews
Also out there...
Back