Is Saudi Arabia the big bad wolf of the Paris climate talks? 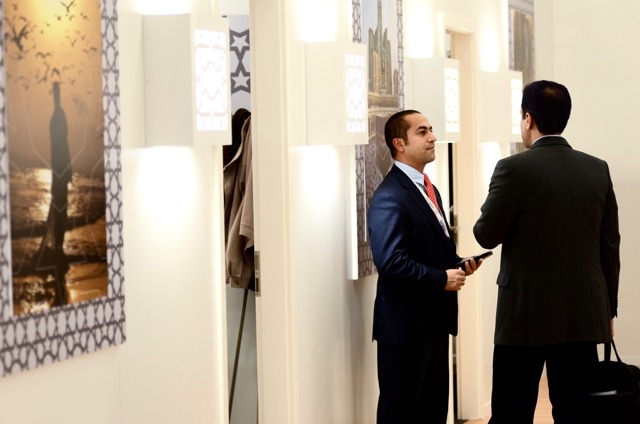 Oil rich Saudi Arabia is leading a campaign to sabotage attempts by countries on the front line of climate change to include an ambitious 1.5C target for global warming in the COP21 agreement currently being negotiated in Paris.

Wealthy nations – including Germany, France and now the United States – have all signalled support for including references to the lower target in the final text, as negotiators reach the end of the first week of negotiations.

The oil producing giant Thursday night blocked efforts to include references in the Paris deal to a UN report that says it would be better to limit global warming to 1.5C above pre-industrial levels rather than the current 2C target.

Saleemul Huq, Director of the International Centre for Climate and Development, argues that the difference between a temperature increase of 1.5 degrees and 2 degrees ‘is roughly 1.5 million people who will fall through the cracks and most of them will be in vulnerable and developing countries.’

Thoriq Ibrahim, the Maldives envoy and chair of the Alliance of Small Island States (AOSIS), said the 1.5C was a ‘moral threshold’ for his country.

Emmanuel de Guzman, head of the Philippines delegation, said: ‘The momentum for raising the level of ambition in Paris now opens the exciting possibility for a truly historic and transformational summit. We salute France and Germany and call for more countries to join in the call for 1.5C to protect human rights globally.’

‘We are in active discussions with the islands and others about finding some way to represent their interests in having 1.5C referenced [in the Paris text] in some way,’ Stern said. ‘We haven’t landed anywhere yet but we hear the concerns of those countries and we think these concerns are legitimate.’

Former New York City Mayor Michael Bloomberg has also come out in favour of a strong target. When asked about the 2C target at the COP21 conference, Bloomberg said: ‘I don’t know if that’s the right target. The target should be zero [emissions] or reducing.’

But Saudi Arabia is now being accused of prioritising its oil-based economy over the survival of vulnerable nations. This goes efforts by a coalition of vulnerable countries to push the global community to adopt a new 1.5 degree global warming target.

The Climate Action Network Friday night named Saudi Arabia ‘Fossil of the Day’. A spokesman said: ‘The Saudi delegation here in Paris is doing its best to keep a meaningful mention of the 1.5 degree global warming limit out of the agreement.’

‘The Saudi’s are trying to torpedo three years of hard science, commissioned by governments, that clearly shows 2 degrees warming is too much for vulnerable communities around the world. Saudi Arabia is fighting tooth and nail to ensure the Paris agreement basically says, “thanks, but no thanks” to 1.5 degrees warming.’

‘Overall we see increasing support for including the 1.5 limit in the Paris Agreement, with more than 110 countries in support, although some countries see it only in connection to below 2 degrees language. That adds pressure to those who see their fossil future threatened by a truly ambitious target,’ Harmeling told DeSmog UK.

Meanwhile, OPEC oil producing countries are also attempting to block language on turning economies away from fossil fuels – something generally agreed by everyone else in the negotiations.

Saudi Arabia is the 13th richest country in the world yet it refuses to make any financial contribution to the fight against climate change – this is despite claims to represent the poorest developing nations and support the end of fossil fuels.

In contrast, countries with smaller economies than Saudi Arabia – including Britain, the EU, France, Canada, Australia, Sweden and Germany – have already contributed climate finance and will continue to do so.

King Salman bin Abdulaziz, the Saudi leader, did not speak at the COP21 opening on Monday. But Ali bin Ibrahim Al-Naimi, the Saudi Minister of Oil, has said: ‘In Saudi Arabia, we recognise that eventually, one of these days, we are not going to need fossil fuels. I don’t know when, in 2040, 2050 or thereafter.’

‘The kingdom [plans] to become a “global power in solar and wind energy” and could start exporting electricity instead of fossil fuels in coming years.’

Saudi Arabia says it will make some investment in renewables and slowly reduce its dependence on fossil fuels. The country is the world’s 10th largest CO2 emitter – more than the Britain, Canada, Brazil, Australia, Indonesia and France – and it has failed to make any emission reduction pledge.

What's more, there is a strong caveat within Saudi's climate pledge, which points out the country still relies on a ‘robust contribution from oil export revenues to the national economy’.

Saudi is also looking to water down language about aligning broader financial flows to be compatible with climate objectives – ensuring that revenues raised by oil do not go back into polluting investments – which will be essential if there is to be a managed and orderly clean economic transition.

This article is cross posted from DESMOGUK.