Run for your life

Giedre Steikunaite considers the importance of the Palestine Marathon. 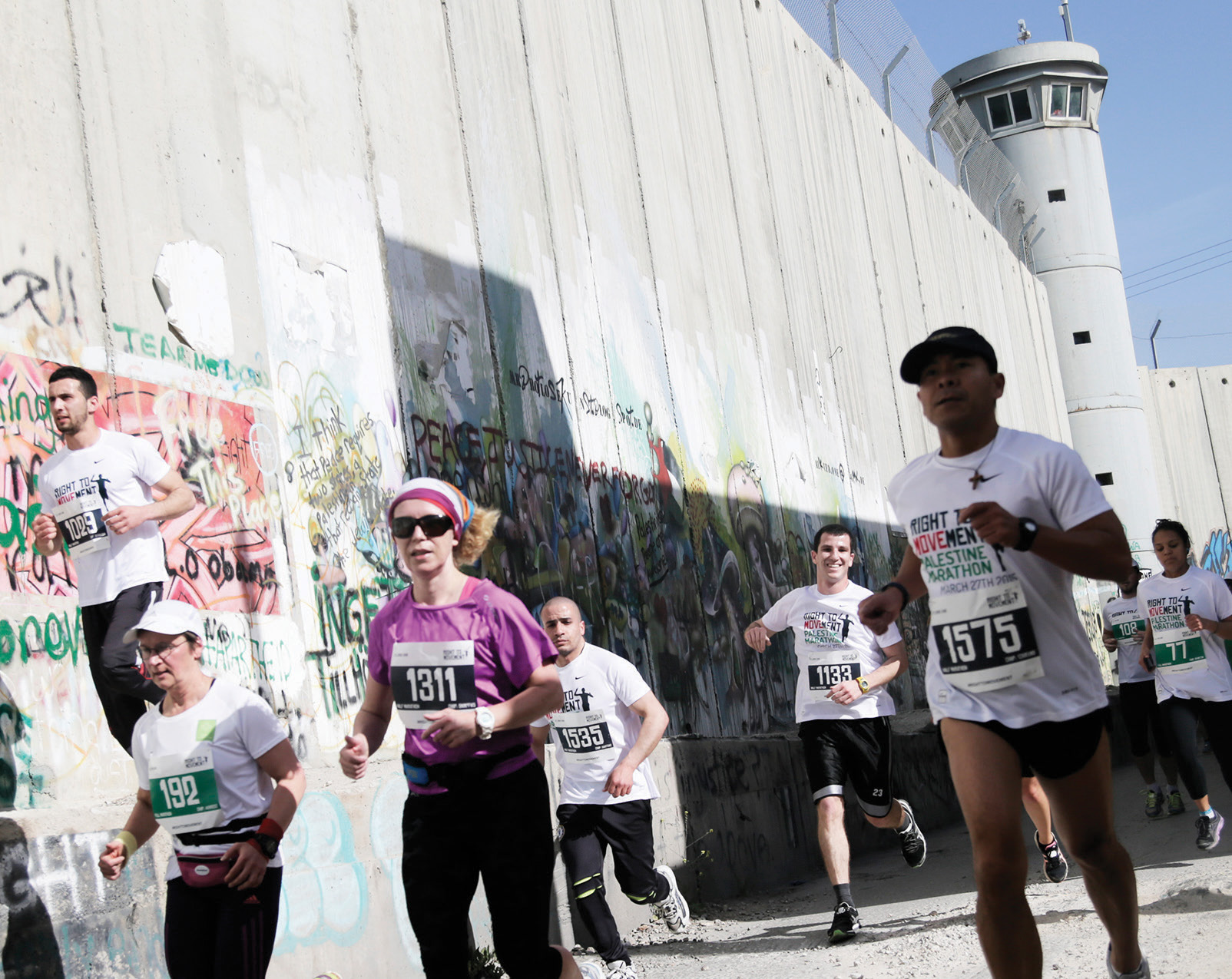 Run 10 kilometres from the Church of Nativity to the Canaanite village of Al-Khader and back; repeat. The route of the Palestine Marathon, which takes place in Bethlehem for the fourth time on 1 April, reflects the reality of the Occupation and invites one to imagine – and experience – a different one. ‘The idea is to get people to think: why do I have to do it this way?’ says George Zeidan, Palestine Marathon co-founder and himself an avid athlete. ‘Because running in Palestine requires careful planning: you go where there is no threat of Israeli settlers or the army.’

Organized by the Right to Movement, a volunteer-run global running community, the 42-kilometre race offers participants a whistle-stop tour of Palestinian life as the course takes in two refugee camps, the Apartheid Wall, a checkpoint, and villages whose lands have been confiscated for illegal Israeli settler colonies. It is meant to reclaim the right to move freely and break with the stereotypical view that Palestinians are a violent people. ‘It’s also fun,’ Zeidan says.

Locally, the marathon is changing social perceptions and challenging gender norms in what is a highly patriarchal society. Training groups set up in Ramallah, Jerusalem and Bethlehem now boast more women than men. Just over a third of the 600 people who took part in the first Palestine Marathon were female, and that proportion still applies now that 3,000 are running in it. ‘We’ve been able to create a proper atmosphere for Palestinian women to enjoy running: they no longer feel weird about doing something very normal,’ Zeidan says. ‘We also work with the male mentality. I don’t have to tell every man to accept his wife, sister or daughter running; he sees it in practice. This is women’s empowerment – not on paper but in reality.’

Zeidan has run in the event three times. ‘On the finish line I cry,’ he says. ‘But on the last round I feel emotionally strong, seeing happiness in people. It’s the biggest professional event in Palestine and Israel hates it because it sends an image of Palestine that they don’t want: a nice image.’