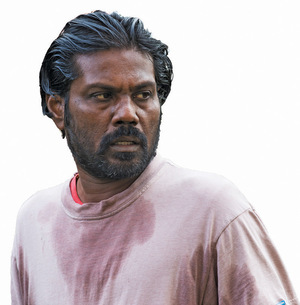 Dheepan – a man of many talents.

A forest glade, birds singing. A group of men stand quietly in the distance. A close-up shows stacked tree branches, interspersed bodies. After the funeral pyre is lit, one of the men – Dheepan – strips off, burns his military fatigues, puts on jeans and a t-shirt. No longer an officer in the Tamil Tigers, he fakes a new identity, wife and daughter. It’s the start of a refugee’s journey to a very rough banlieu somewhere in France, and a job as a caretaker.

Audiard has made fierce thrillers, set on the margins of French life, with a very strong sense of milieu and identity. Here drug dealing is ever-present, but the focus is on the transplanted trio. The hugely capable Dheephan, getting on with his work, becoming known, getting to know people. Yalini, his assumed wife, cooking and cleaning for an elderly man, troubled by the violence around. The teenage Illayal, soon thriving at school, teaching them both French.

Dheepan shows people, who the media only present as numbers, as individually human, and impressively capable and resilient. It’s rounded, vivid, utterly absorbing, and has real impact.

The Measure of a Man (Le Loi du Marché) 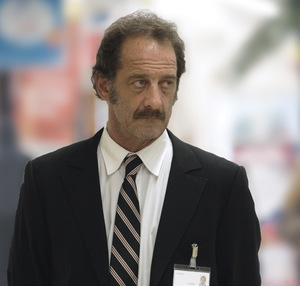 Vincent Lindon as Thierry – superbly expressive through a mask of resignation.

Thierry, an unemployed tool maker, redundant along with 700 others, is struggling to find work. He meets employment advisers, has job interviews, tries to borrow money from a bank manager. It’s demoralizing, but he keeps his equilibrium. His home life is good – warm and loving. He goes to jive classes with his wife, and they have a 15-year-old son with cerebral palsy who plans to go to college, which they’ll have to part-pay for.

When he does find work, it’s as a security officer, watching for theft on the floor of a superstore and through an array of security cameras. He witnesses interviews with suspected thieves, including colleagues. It’s both numbing and stinging, and Vincent Lindon, as Thierry, is superbly expressive through a mask of resignation.

At what point does it become intolerable to him? Accumulating low-key scenes suggest an economy no longer able to meet the needs of recently comfortable working people. Here we have an ordinary life – but with big implications. 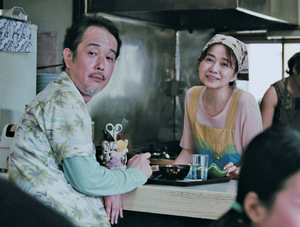 Our Little Sister – a gentle woman-centred film from Japan.

Three 20-something sisters live together in their family home in a seaside town near Tokyo. Both their parents had moved on with new partners, but their father, who they have not seen since he divorced their mother, has just died. At his funeral, Sachi, the eldest, invites their teenage half-sister, Suzu, to live with them.

It’s a gentle woman-centred film about personality and relationships, the influence of parents and siblings, the choices they make. Sachi takes responsibility, scolds and chivvies her sisters, and works as a nurse. Yoshino squabbles with her, borrows her clothes, and is as casual about boyfriends. Suzu, who had looked after her ailing father, is mature beyond her years, plays in a boys’ football team, and is wiser and more focused than her youngest sister, Chika, who works in a shoe shop.

A far cry from Hollywood, there’s no clear-cut resolution, and the greatest fulfilment arises from insight and simple acts of kindness. Austere but memorable.

A word with Shazia Mirza
Mixed Media: Music
Back