Forever Is 4 You by Malawi Mouse Boys; Wa Di Yo by Lakou Mizik. 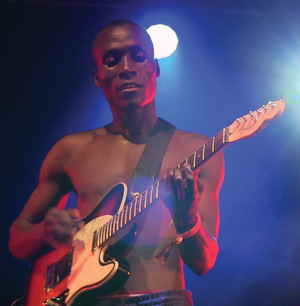 These are country boys who grew up together and who take their band name from a previous income stream – selling kebabed field-mice on the roadside at a time when food shortages provoked grim measures. Together they specialize in unmannered gospel music that speaks with absolute conviction.

Malawi Mouse Boys’ third album comes after acclaimed predecessors He is #1 (2012) and Dirt Is Good (2014). It sees the band halved in size, which makes a difference in the sheer weight of the sound. However, the core members – vocalist-guitarists Zondiwe Kachingwe, Alfred Gavanala and Nelson Mulligo and percussionist Joseph Nekwankwa – evince a pared-down strength that makes Forever Is 4 You so powerful.

When the emotion comes it hits hard – nowhere more so than on ‘Umasiye Wanga’ (‘My Loneliness’) when Nekwankwa sings of the death of his mother. It’s a short song, time marked by a simple percussive beat. Nothing prepares the listener for the break in the voice, then the breakdown and, finally, the sobs that end the song. The tape runs. It captures everything in this field-recording of the emotions.

It’s not all so stark. Elsewhere, there are Chichewa-language whooping praise songs, hymnal chorales, and a strange song inspired by the squeaks of mice. And then, ‘Ian, A Blessing’, which calls down heavenly benedictions on the band’s producer Ian Brennan. That’s a surprise. 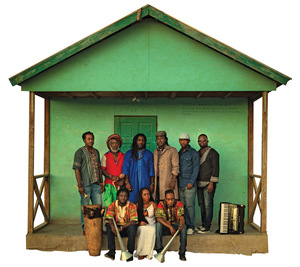 A short introduction of ambient noise – insects stirring, a cock crowing, you can almost hear the hazy sunlight shining on the Haitian port of Jacmel. It’s no coincidence that an invocation of this town, nearly flattened by the 2010 earthquake, is how Lakou Mizik choose to open Wa Di Yo. The crowd-funded album – the title of which translates as ‘You tell them!’– is fuelled by the desire to show that there is still much to celebrate in the country. ‘Poze!’ (‘Calm down!’) sings Steeve Valcourt on one song – albeit to a hip-swinging rhythm guaranteed to get audiences kicking over their chairs to dance.

Based in Port-au-Prince, the nine-strong roots band was formed in the wake of the earthquake. Lakou Mizik (the Kreyòl word ‘lakou’ denotes a gathering as well as home) is a multi-generational band that is solidly entrenched in Haiti’s melange of styles. Voudou, rara and merengue pour forth from an instrumentation assembled around guitars, accordions, sax and tripping percussion, this last from Sanba Zao. Crisp production from producer Zach Niles means that the musical lines flow well and there’s some wonderful singing, too.

Appropriately, Papa Legba, the divinity associated with Haiti, gets a song to promote the cause of positivity. Delivered entirely in Haitian Kreyòl, most listeners will need the help of a lyric sheet, but that shouldn’t deter anyone from this heartfelt, well-crafted music.