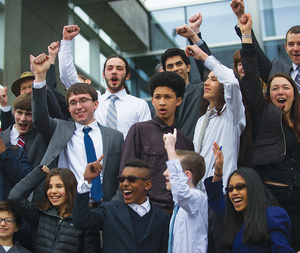 With science on their side, a group of 21 young people aged between 8 and 18 have won the right to sue the US government over climate change. The oil industry attempted to have the case thrown out, but the judge in Eugene, Oregon, ruled the government had a case to answer for ‘violating [future generations’] constitutional rights to life, liberty and property’ by allowing continued fossil fuel exploitation.

New measures introduced by the UN High Commissioner on Refugees give employers in Jordan three months to acquire free work permits for Syrian refugees. Normally the permits can cost up to $1,270. This will place Syrian refugees on an equal footing with migrant workers in agriculture, construction and service industries.

Dam slams to a halt

A campaign against a mega-dam in Brazil just won big. Plans to construct the massive São Luiz do Tapajós dam in the Amazon have been temporarily suspended after the government recognized the risks it would pose for nearby Munduruku Indigenous communities. Already over 200,000 people have supported the campaign globally. The pressure will continue until the suspension is permanent. 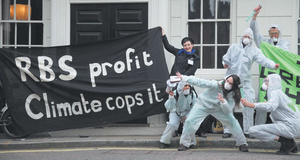 After long being the target of environmental campaigns, the Royal Bank of Scotland (formerly one of the world’s largest financiers of fossil fuels) has pulled out of funding tar sands and coal, and doubled its financial commitment to green-energy companies instead. The news came in the same week as Peabody, the world’s largest coal company, filed for bankruptcy.

Is your child an extremist?
Men and feminism: the Smurthwaite Deal