What now for progressives in a post Brexit world?

Britain’s EU referendum has unleashed a complex set of crises and challenges. Vanessa Baird tries to look ahead. 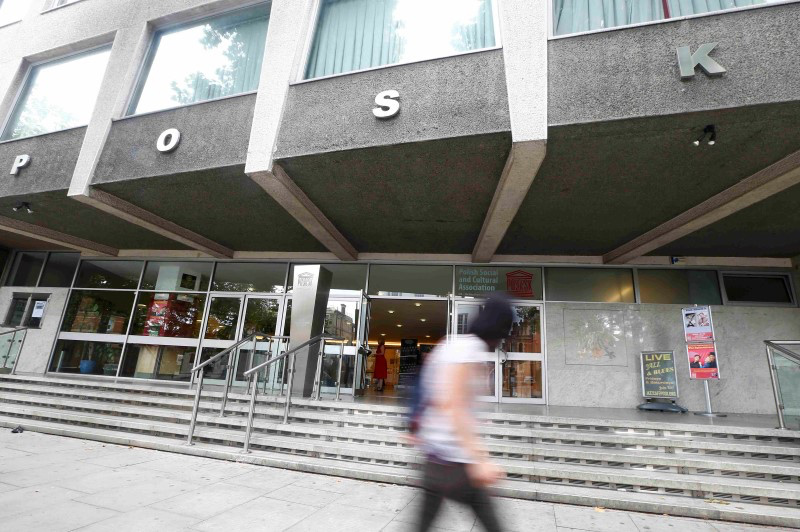 A pedestrian walks past the Polish Social and Cultural Association after graffiti was painted on the side of the building calling on Poles to leave the United Kingdom, in Hammersmith, London, Britain 27 June, 2016.
© REUTERS/Neil Hall

Nothing is certain but this – it’s one hell of a bloody mess. No-one on either side seemed to have thought through the consequences of Brexit.

Maybe it’s just not possible, the ramifications are so wide and varied.

With the vote so close it’s hardly surprising that many people are simply not accepting the result. More than three million have signed a petition calling for a re-run. Some argue that such a big decision should not be made by what was effectively just 37 per cent of the electorate. Others say that 16- and 17-year-olds should have had the vote, as they did in the Scottish referendum. On Tuesday protesters will gather in cities that voted to remain, such as London and Oxford, and say they want to stay in the European Union.

One wonders how many of those who have signed the re-run petition are from the estimated one million people who, according to a survey conducted over the weekend, now regret having voted to leave.

It’s not hard to see why. The backtracking of the victorious leaders of the Brexit campaign has been quite astounding – even by their own standards.

UKIP leader Nigel Farage now describes as a ‘mistake’ the emotive claim, that was plastered over the pre-election leaflets and campaign buses, that leaving the EU would save £350 ($462) million a week that could be pumped into the NHS. Pro-leave MP Chris Grayling now also admits it was ‘only aspirational’.

Fellow Tory Leave campaigner Boris Johnson, who may be the next prime minister, today writes in an emollient Daily Telegraph article that we should not worry too much about Brexit. Many things will still be the same. And, more surprisingly, he asserts that immigration wasn’t really the main issue for those who voted Brexit. (Several million Britons who voted to leave might take issue with that…) What will change, says Johnson, is that we won’t have all those EU laws, rules and regulations to bother about any more.

OK. So which laws and regulations – or bits of lawlessness and deregulation – will we have in their place? Bear in mind that there has been a seismic shift in power from the centre of the ruling Conservative party to the Right. (The top brass of the Labour party, the nominal Opposition, has picked this moment to embark on an internal coup to oust its leader, Jeremy Corbyn.)

This is why it’s so important for progressives who care about human and environmental rights to ramp up our actions. Individually or through the organizations we support, and on every front now, we need to defend human rights, labour rights, and the environment. We must fight to keep the hard-won protections achieved within the EU and improve on them. And we are going to have to redouble our efforts to stand in solidarity with minorities, immigrants, refugees and all foreigners living in the UK; to ensure that the new laws that follow Brexit are tolerant and inclusive – not fuelled by crude nationalism, xenophobia and hatred.

Racist incidents related to Brexit are reported to be on the increase since the referendum results were announced last Friday. Cards reading ‘no more Polish vermin’ were posted through doors and racist graffiti was found on the entrance of a Polish social and cultural centre in Hammersmith, London on Sunday. Similar graffiti and cards were distributed in Huntingdon, Cambridgeshire, near a school attended by Polish children. In a Tesco store in Gloucester a white man began yelling: ‘This is England now, foreigners have 48 hours to fuck off. Who is foreign here?’ In Birmingham a group of young men cornered a Muslim girl shouting: ‘Get out we voted leave’. Many more such incidents have been reported.

One of the Left-wing arguments for voting Leave was the EU’s current negotiations with the US for a Transatlantic Trade and Investment partnership (TTIP). This would give corporations the right to fine countries that passed laws that harmed their corporate profits.

John Hilary, a Leave advocate on the Left, argued this case. Writing after the Brexit victory, he accepts that a new UK government could still attempt to sign us up to the principles of TTIP at a future date. He says: ‘We must now ensure that the British people’s decision to reject the EU and its neoliberal programme cannot be twisted into a mandate to pursue the same agenda unilaterally in the UK.’

However, the TTIP project was already foundering within the EU (thanks partly to the activities of campaigners). In May, France indicated it would reject it and block it. Today French PM Manuel Valls said categorically the deal could not go ahead as it was ‘bad for the economy’. TTIP is looking dead in the water as far as the EU is concerned.

But with a new, more right-wing Conservative government in charge in Britain, the door will almost certainly be open wide to US corporate interests, unfettered by any of those annoying EU environmental, labour and health and safety regulations. The EU, at least, took a stand against the aggressive US push to get Genetically Modified (GM) agriculture into and throughout Europe, to the frustration of giants like Monsanto. It is also one of the few bodies able to stand up to digital giants such as Google and Facebook, imposing fines for privacy breaches and abuse of monopoly power. (This is the subject of next month’s New Internationalist magazine)

If Britain had a green and socialist government, then leaving the EU might conceivably have been a progressive move. But that’s not where we are.

Who knows what will happen now. The Scottish Nationalist Party leader, Nicola Sturgeon, has indicated that Scotland might use its powers to try and veto the result of the referendum, on the basis that no part of Scotland voted to leave the union.

A legal loophole might be found. Leading QC Geoffrey Robertson has said that MPs will still have to vote, with their consciences, for Britain to leave the EU. There might be other legal or constitutional means of setting aside the result of the referendum. If that were to happen, there would be fury from the Leave camp.

Maybe the negotiations with the EU will turn out to be so unfavourable to Britain (access to the market made very costly, for example) that another referendum will be called, resulting in an attempt to rejoin.

The events of last week have opened a great chasm in British society, which some people are trying to breach. Caroline Lucas, Britain’s only Green MP and a prominent Remain campaigner, finds common cause with part of the Brexit camp in identifying the lack of proportional representation in Britain’s (first-past-the-post) electoral system as one of the reasons so many people feel alienated and disempowered. Many more people voted in this referendum than in general elections, because every vote counted. This is only one of many reasons for the size of the ‘protest’ leave vote; the impact of austerity policies is a most likely but hard to calculate factor.

In the meantime, another form of direct democracy has gone into over-drive: petitions. There are hundreds of them now; the hope is that they can help defend human and environmental rights and shape the laws that will define this country. You can find many of them here.

Look out for the July/August issue of New Internationalist which tackles the Digital Titans.