Human rights and journalism organizations have responded but the incoming president is dismissive of their concerns, reports Iris C. Gonzales. 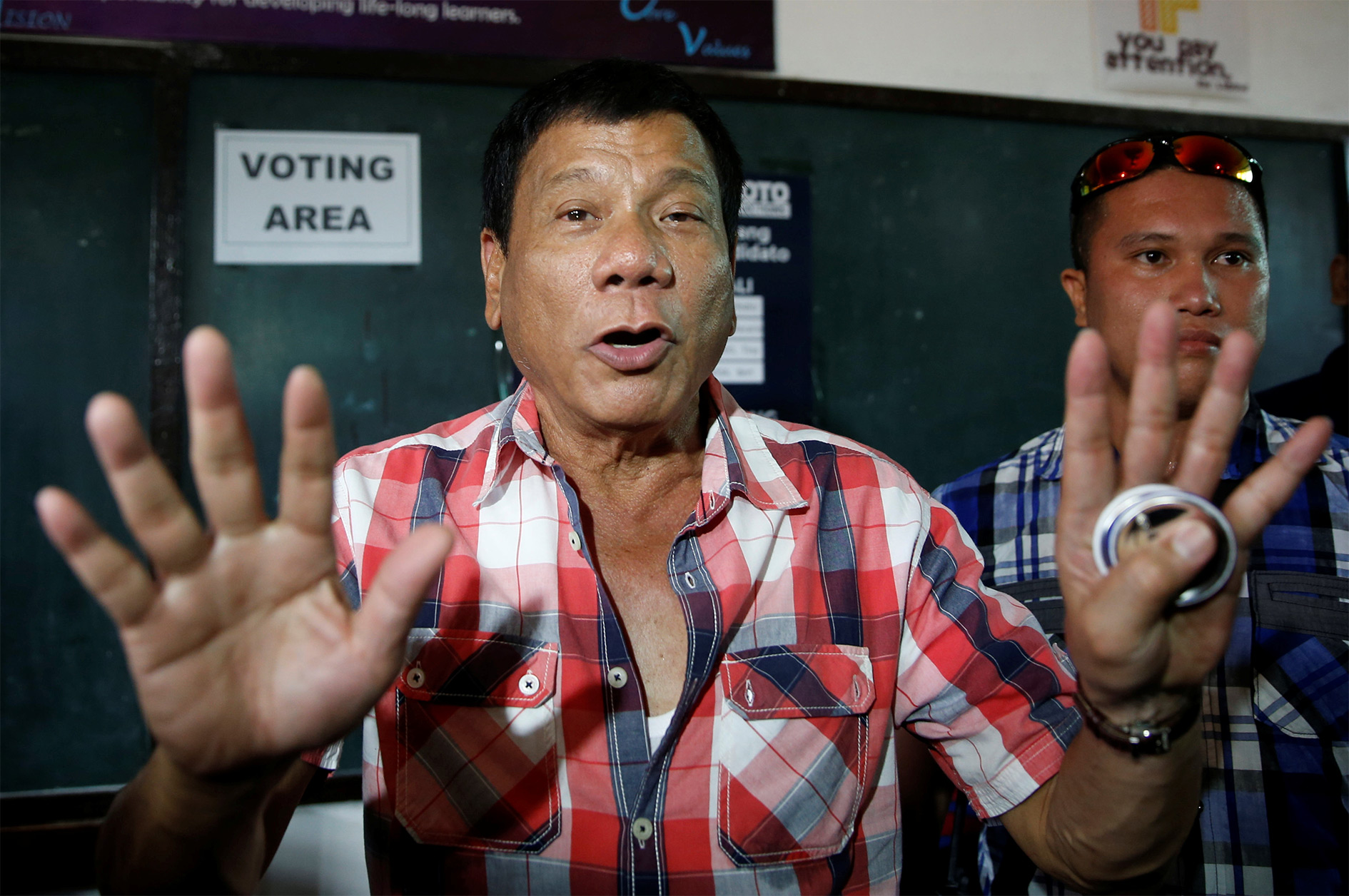 There is something so disturbing about the media landscape in the Philippines nowadays. You see, our newly elected president, Rodrigo Duterte said early this month that journalists, especially those that are corrupt are not exempt from assassinations.

In a controversial press conference, the tough talking mayor of Davao who will soon be the country’s 16th president, dished out a mouthful against journalists.

‘Just because you’re a journalist you are not exempted from assassination, if you’re a son of a bitch,’ Duterte said when asked how he would address the still unresolved problem of media killings in the Philippines.

He believes that the journalists killed in the Philippines – 174 have died since democracy was restored in the country in 1986 – or at least most of them have engaged in corrupt activities.

‘You won’t be killed if you don’t do anything wrong,’ Duterte said, earning the ire of international media organization Reporters Sans Frontiers (RSF) and several local media groups.

‘Not only are these statements unworthy of a president but they could also be regarded as violations of the law on defamation or even the law on inciting hatred and violence,’ said Benjamin Ismaïl, the head of RSF’s Asia-Pacific desk.

RSF urged the local media to boycott Duterte’s press conferences until he issues a public apology.

‘Duterte should nonetheless be pleased by the existence of these laws because without them he would also be exposed to violent repercussions, according to his own words. We urge organizations that represent the media to not overlook comments of this kind and to bring lawsuits. We also urge the media to boycott the Duterte administration’s news conferences until the media community gets a public apology,’ he said.

Asked if he would apologize, Duterte not only refused to issue any apology but he even lashed out at the media, saying they could all just go home and leave him in peace.

‘I don't want publicity, you know that. It will be good if you disappear. Go ahead and boycott. As a matter of fact, make this trip your last in Davao City. I don't care if there's no one covering me,’ he said when asked to comment on calls to boycott the media.

‘I'm telling the networks, do not come here. I do not need you.’

He said he could just ask the state-owned television network to cover him and order Cabinet members to stop talking to journalists who are not from a state-owned station.

UN Special Rapporteur on summary executions, Cristof Heyns said: ‘These comments are irresponsible in the extreme, and unbecoming of any leader, let alone someone who is to assume the position of the leader of a country that calls itself democratic.’

For the UN Special Rapporteur on freedom of opinion and expression, David Kaye, ‘justifying the killing of journalists on the basis of how they conduct their professional activities can be understood as a permissive signal to potential killers that the murder of journalists is acceptable in certain circumstances and would not be punished.’

‘This position is even more disturbing when one considers that Philippines is still struggling to ensure accountability to notorious cases of violence against journalists, such as the Maguindanao massacre,’ Kaye also said.

In response, Duterte told the UN experts to go home and get some sleep.

‘Go home and get some sleep. You are overworked and sound beat. Your statement is anchored on the wrong premise,’ Duterte said in a statement released by his spokesperson in an attempt to control the damage done by his earlier verbal tirades against the press.

He maintained in the same statement that many members of the media are killed for taking sides and accepting bribes.

‘What I said is that you don't have to be a journalist to be the subject of an assassination. There are many cases where journalists are killed by reason of their advocacies but there are those who are killed because they take sides and accept bribes and renege on their commitments,’ the 71-year old Duterte said.

Duterte will take his oath on 30 June. It remains to be seen how he will treat the media during his term and whether or not his government would address the continued killings of journalists – something that past administrations have failed to do.

Is change really coming for the Philippines as he had promised? It’s still anybody’s guess and only Duterte knows for sure.

The role of climate change in the Syria crisis: how the media got it wrong
What now for progressives in a post Brexit world?