Sian Griffiths meets a 10-year-old who is already a veteran transgender activist. 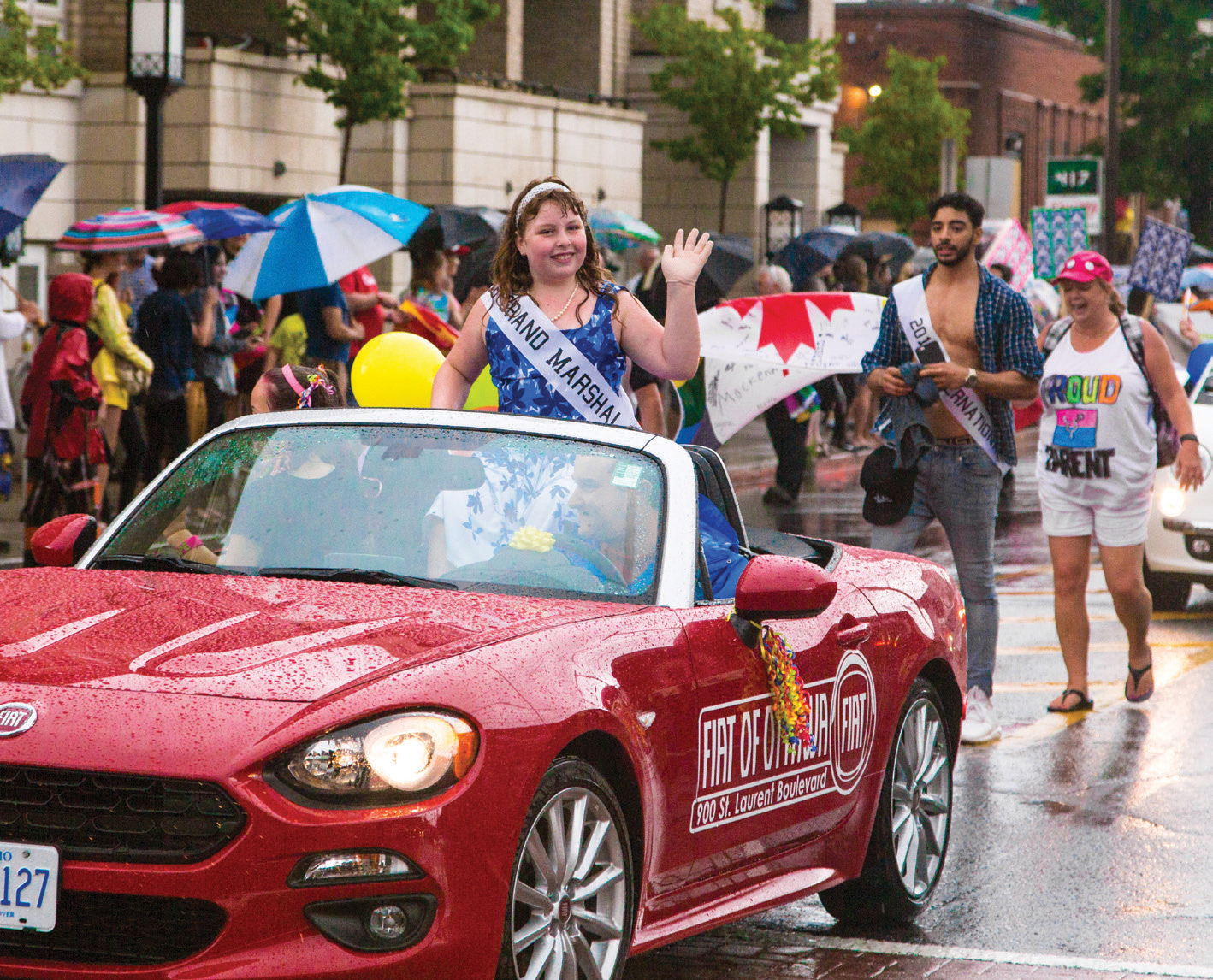 Sitting atop an open red convertible, a drenched Charlie Lowthian-Rickert leads the 2016 Ottawa Pride Parade. She waves enthusiastically to the crowds as they shout ‘We love you, Charlie!’ After such a successful year, Charlie is not going to allow a torrential downpour to rain down on her parade.

In her blue floral dress, she looks every inch the young girl she identifies as. But Charlie was born a boy and, barely out of single digits, is already a veteran transgender activist.

‘I just want to get the message out,’ she explains. ‘When the average person is around LGBTQ people, there are some who are really scared or really hate the community. I just want people to know who we truly are and to be able to feel comfortable when they are around us.’

Addressing the crowds in her keynote speech, Charlie says: ‘I want to protect the people I love – my people. My gender-diverse community. I want them to feel the happiness I feel, and know they too are natural, beautiful gifts, no matter what their gender is.’

Tammy Dopson, Chair of Ottawa Pride, says that Charlie was a natural choice for Grand Marshal at the parade – the youngest person to have had the honour. The role is awarded to someone who ‘through advocacy, through education, improves the lives of people around them’, inspiring them to lead fuller lives.

‘She is no ordinary 10-year-old!’ says Dopson. ‘I look forward to seeing where she is in 20 years. She is so ahead of her time and so self-possessed. She has made people like herself feel safer and less alone.’

Charlie’s rise to public attention has been meteoric. Two years ago, aged just eight and accompanied by her parents, she attended Canadian Senate discussions on proposed legislation to protect transgender people from discrimination and hate crimes. But, as in the US, bathrooms became a political issue. A proposed Conservative Party amendment would restrict transgender people to using bathrooms based on their gender at birth. Charlie was incensed, but sitting alongside representatives from Amnesty International, Gender Mosaic and other LGBTQ groups ‘inspired me to pick up the torch, like our Olympians do, and add my voice to theirs’.

She helped to stage a protest on Parliament Hill called ‘Occupotty’, singing ‘Let Us Pee’ and telling the crowd – while standing in front of rows of toilet seats – why the bathroom issue is important to transgender people. The protest attracted national attention.

Transgender people, says Charlie, have more to fear than non-trans people in bathrooms: ‘It is very unsafe. If I go into a boys’ bathroom, people will think “Why the hell is SHE here? Oh, this is an opportunity” and could do something horrible to me.’

She hopes new legislation will make transgender people feel safer. In May 2016, the new Liberal Justice Minister, Jody Wilson-Raybould – with Charlie by her side – reintroduced transgender rights legislation. The Minister, a powerful new political ally, describes the 10-year-old as ‘wise beyond her years’, while Charlie describes Wilson-Raybould as ‘one of my best friends in Parliament’.

But Charlie knows she couldn’t do this work without the support of her family.

‘We didn’t want to be our child’s first bullies,’ says her mother, Anne. After Charlie felt bullied at her primary school and in her rural community, the family moved to Ottawa, where they found a school where Charlie would not only be accepted but could thrive. Anne is now kept busy shuttling Charlie between Girl Guides, hip-hop dance, skateboarding events and camping activities.

In Ottawa alone, half of all homeless youngsters are LGBTQ, and are on the streets because they feel rejected by their families. Charlie is acutely aware of the statistics.

‘Forty-three per cent of [transgender] kids here in Ottawa consider suicide,’ she says. ‘I am one of the lucky ones. I speak for all the silent voices today.’

Sian Griffiths works as a freelance radio and online journalist based in Ottawa for the German National broadcaster, Deutsche Welle, the BBC, as well as publications like The Guardian and The Christian Science Monitor.