UK nukes: Why the world is asking Britain to disarm

Britain’s long-term commitment to nuclear disarmament has been wobbly at best, but things might have to change soon, writes Kjølv Egeland. 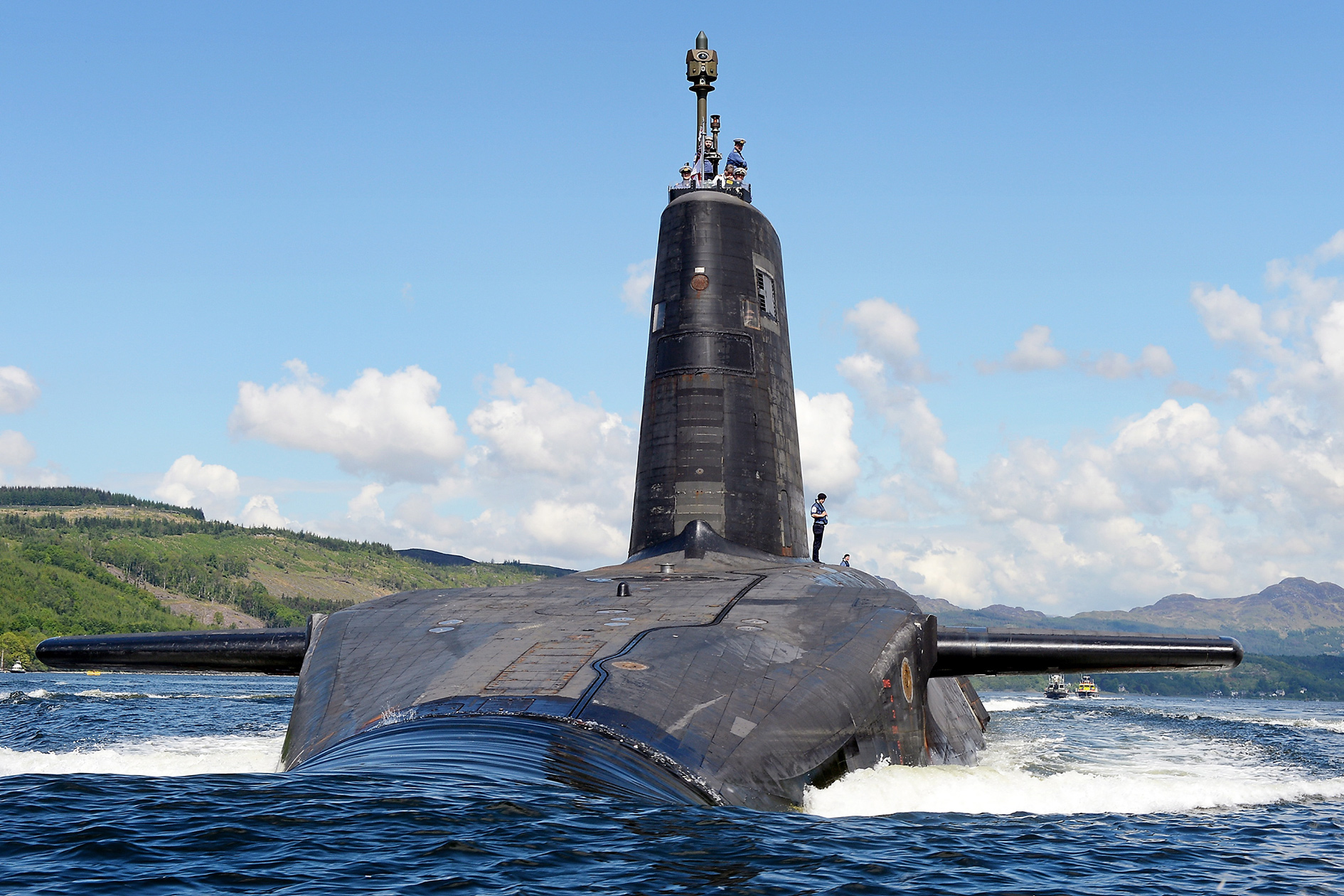 'Won’t Trident drain funds from conventional forces or the NHS?' 'Will we get enough bang for the buck?' And again: 'Isn’t four submarines a bit exorbitant?'

Such were the questions raised in Westminster as Britain debated the renewal of the Trident nuclear programme in the summer. Questions about the legitimacy of nuclear violence were silenced as unpatriotic tree-huggery, in favour of allegedly bigger issues.

The small matter of Britain’s international commitments, or the question of why Britain might need nuclear weapons when Egypt, Finland, Indonesia, and Liechtenstein do not, also only made cameo appearances.

Britain enjoys a right of sorts to possess nuclear weapons, at least temporarily, a right it denies others, and meanwhile refuses to give up. Yet the UK is under a legally binding obligation to get rid of nuclear weapons, an obligation successive British governments have ignored altogether, despite loud protests from nuclear-free states and civil society organisations.

Like imperialism, nuclearism involves holding the lives and property of distant people in check – people who have not been asked for their consent

In 1968, the British Parliament ratified the Nuclear Non-Proliferation Treaty (NPT), which determines that states without nuclear weapons are forbidden to obtain them, and that each of its signatories shall 'pursue negotiations in good faith on effective measures relating to cessation of the nuclear arms race at an early date and to nuclear disarmament'. In 1996, the International Court of Justice, the world’s highest authority on international law, unanimously confirmed that Britain and the other signatories of the NPT are obligated to 'pursue in good faith and bring to a conclusion negotiations leading to nuclear disarmament in all its aspects under strict and effective international control.'

Britain’s refusal to comply with these provisions – typically excusing itself by (correctly) complaining that the other nuclear-armed states are just as bad – is widely resented by other states.

In 2014 the Republic of the Marshall Islands, a state that has suffered the consequences of nuclear testing first hand, went so far as to sue the UK for its apparent disregard for international law. (Luckily for the Britain, the court recently dismissed the case for technical reasons.)

Every year, at the UN and in other forums, as the vast majority of the world’s states urge Britain to come good on its promises, British policy makers claim that Britain has a special right to possess nuclear weapons, and that nuclear deterrence is a legitimate and necessary strategy for the United Kingdom – a 'responsible' nuclear state.

Leaders of nuclear-armed states see their nations as morally 'naturally superior' to potential enemies, according to Jacques Hymans

This summer, when Prime Minister Theresa May claimed that giving up Britain’s 'ultimate safeguard' would be a 'reckless gamble' that British policy makers 'must never be prepared to take,’ the new PM scored points against her domestic political opponents. But to policy makers in capitals around the world – in Bamako, Belgrade, Brasília, and Buenos Aires – her remarks must have sounded bizarre at best. For most governments around the world, nuclear violence – including the threat of nuclear violence constituted by nuclear deterrence – is unacceptable.

As Jacques Hymans argues in The Psychology of Nuclear Proliferation, acquisition of nuclear weapons relies on an ideology of 'oppositional nationalism'. Leaders of nuclear-armed states, Hymans posits, see their nations as morally 'naturally superior' to potential enemies. This observation certainly applies to imperial Britain as it began to develop the British bomb in the second half of the 1940s. (A dew decades before, at the negotiation of the Hague Convention, the British delegate opposed the categorical prohibition of expanding bullets because, as he saw it, such bullets were needed to put down 'savage races'. Savage warriors, after all, did not cease to advance even when 'run through two or three times' by normal bullets. For that reason, the Empire demanded the 'liberty of employing projectiles of sufficient efficacy against savage races.')

In today’s Britain, the international relations scholar Nick Ritchie has shown, the legitimacy of continued nuclear possession has been integrated into 'powerful cultural narratives' that 'frame the United Kingdom as a militarily moral “force for good” and a “pivotal power” with special responsibility for upholding international peace and security'. These cultural narratives are an outgrowth of Britain’s imperial history. The two other states in Europe with nuclear weapons are France and Russia, both former empires.

In his speech to the Conservative Party Conference this year, Britain’s Secretary of State for Foreign and Commonwealth Affairs Boris Johnson said:

‘The world needs Global Britain more than ever as a campaigner for the values we believe in ... Of course there are those who say that we can’t do it – that we are too small, too feeble, too geopolitically reduced to have that kind of influence.

I think of the pogonologically challenged Labour party, where they literally want to abolish the armed services and to keep our new nuclear submarines as a demented job creation programme – sending them to sea without any nukes aboard so that the whole nation is turned into a kind of glorified military capon firing blanks.

I am not going to pretend that this country is something we are not. … When I go into the Map Room of Palmerston I cannot help remembering that this country over the last two hundred years has directed the invasion or conquest of 178 countries – that is most of the members of the UN – not a point I majored on in New York at the UN, and that is because those days are gone forever and that is a profoundly good thing.’

Notice how effortlessly Mr Johnson segways from 'Global Britain' to nuclear armament via sexualised metaphors to the loss of empire. But apart from the frivolous tone of Johnson’s portrayal of imperialism, the question is whether the days of empire really are gone, as Mr Johnson seems to suggest. For even if the time of formal empire may be over, the Nuclear Non-Proliferation Treaty testifies how echoes of empire ring out over time.

The NPT clearly obligates Britain and the other nuclear-weapon states to disarm, but it doesn’t actually prohibit nuclear weapons. That is, it prohibits them for all but the five ‘nuclear-weapon states’ (the same as the permanent members of the UN Security Council: USA, UK, France, Russia and China), which are committed to disarm. This unique legal architecture has allowed people like former Labour Prime Minister Tony Blair to assert that the NPT ‘makes it absolutely clear that Britain has the right to possess nuclear weapons’ and that ‘it is clear that those who are the major nuclear powers can remain nuclear powers’.

Negotiated and adopted in the mid 1960s, before decolonisation was complete and as most of the new states in the Global South were still finding their feet in the negotiating forums in Geneva and New York, the NPT was a product of asymmetries of power and privilege. It is an expression of the idea that some states are ‘more equal’ than others.

For the first time, a coalition of states, mostly from the Global South, have tabled a UN resolution to start negotiations on a new legal instrument banning nuclear weapons

Like imperialism, nuclearism involves holding the lives and property of distant people in check – people who have not been asked for their consent. Nuclear war does not just involve an attacker and a defender: since the catastrophic humanitarian and climatic consequences of nuclear war can’t be constrained by borders, nuclear violence is inevitably exported to third parties.

This year, for the first time, a coalition of states, most of them from the Global South, but also neutral European states, have tabled a resolution at the UN General Assembly’s First Committee mandating the initiation of negotiations on a new legal instrument banning nuclear weapons. It will be voted on on 27 October 2016.

Such a treaty would declare nuclear weapons illegal for all states, regardless of the time at which they acquired the bomb or the size and grandeur of the map rooms and offices in their government buildings. None of the nuclear-armed states are likely to engage with this process, and the ban, if it is adopted, will most likely be signed only by non-nuclear-weapon states at first.

So far, Britain has opposed the ban initiative with impressive vigour.

But the ban movement is significant. It signals a decisive push against an embarrassing relic of empire and inequality in international society. Boris Johnson, the staunch opponent of empire he apparently is, should embrace it.