My Daily Mail badge of honour

Chris Coltrane on how to be hated by the Daily Mail. 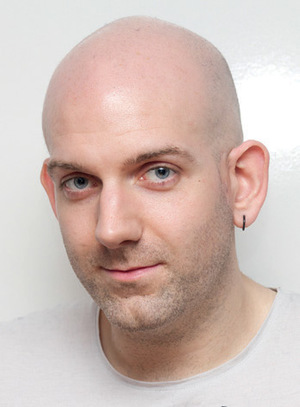 I know that you would usually flick straight to the back of your New Internationalist to devour my extremely good world-news column in which I offer my famous opinions, such as ‘Terrorists should just pack it in’, ‘Capitalism is bad’, and ‘If things were better, then they’d be better’. These are the fearless, controversial hot takes I have built my name on, and I will never apologize for them.

But, just this once, will you let me be self-indulgent? Because, in among the true hell-scape that was 2016, Lolitics (the London comedy club I run and podcast) had a moment of triumph.

International readers will know Britain’s Daily Mail by reputation: racist, sexist, homophobic, it actively campaigns for a return to a fictional time when Britain benevolently colonized the world. Its online version is the most-read English-language website on the entire internet. I believe New Internationalist is at number two, but I’ve not fact-checked that. (You may be wondering how a publication as poisonous as the Daily Mail can become so popular. Well, allow me to let you in on a little secret: people are garbage.)

The Mail regularly pens hate-pieces against activists, charities and general do-gooders. After all, there’s nothing worse than doing good. In fact, so widely loathed by said do-gooders is the Mail that it is considered a badge of honour to be hated by it. Activist friends of mine have had entire pages written about them. I’ve often wondered if I would ever get that honour myself...

So: 6 November 2016. Scene: living room. Enter housemate. ‘Chris, you need to look at the Daily Mail’s website immediately.’ And there, to my amazement and sheer delight, was the headline on their front page: ‘EXCLUSIVE: The comedy club that’s BANNED irony and stops acts bantering with the audience to preserve their “safe space”.’

Over the next 1,000 words, the Mail described to its 56 million readers how my tiny club was the pinnacle of leftist hypocrisy. How dare I refuse to give rightwingers a voice! How dare I peddle such humourless political correctness! It was the most surreal moment of my life. From their wild outrage you would think that Lolitics took place at Wembley Arena, rather than above a pub where 40 people turn up on a Tuesday.

Frankly, I’m proud to deny stage time to rightwingers. The entire planet is theirs. My comedy club is a tiny, gentle alcove. I have people who come to my club that don’t usually go to live comedy, because most comedy clubs are awful. Rape jokes, sexism, transphobia abound. Knowing that I not only offer those people a safe space, but that it infuriates the racists at the Daily Mail, makes me very proud indeed.

Thanks to the article, November’s gig was one of the busiest and loveliest yet. The hit-piece on me resulted in a few angry bigots turning up – but also a flood of new fans. In all honesty, the Daily Mail has given me an awesome, radical personal brand that I fear I can’t maintain.

If you fancy being hated by the Daily Mail too, come to the club sometime – or give the podcast a go. You’ll be making a reactionary newspaper furious. Thus, coming to my comedy counts as activism.

Chris Coltrane is a comedian and activist. Follow him on Twitter: @chris_coltrane. Download his Lolitics Podcast at chriscoltrane.com for regular brilliant political stand-up comedy, for free.

Trump can be beaten because he is the Establishment
Letters
Back