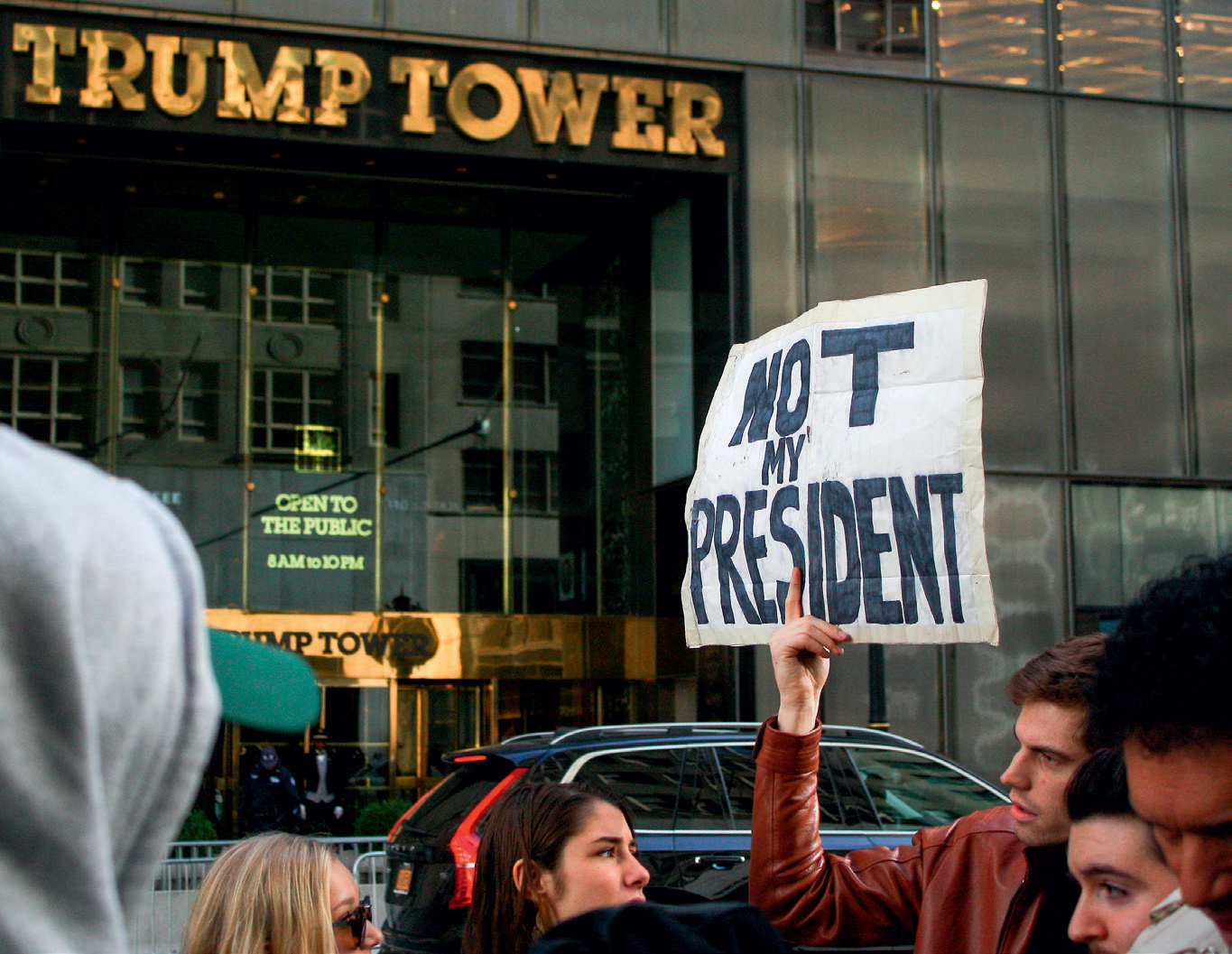 Donald Trump won the US presidency, in part, because enough voters believed he could be that leader. His final campaign advertisement proclaimed, ‘Our movement is about replacing the failed and corrupt political establishment with a new government controlled by you, the American people.’

Yet while Trump worked hard to give the impression that he would end Washington politics-as-usual, this was no more than a swindle. In fact, he has quickly revealed through his proposed appointments that he has no intention to take on the rich and powerful, but rather plans to lavish them with favours.

Simply put, Trump is the establishment.

The incoming president had told interviewers that he would have ‘no problem’ banning lobbyists and big donors from his administration. Yet, as it turns out, he is filling his cabinet with little else.

The week after the election, the headline of a Politico article read: ‘Bankers celebrate dawn of Trump era.’ Historian Charles Geisst told reporter Ben White, ‘You would have to go back to the 1920s to see so much Wall Street influence coming to Washington.’

As his nominee for treasury secretary, Trump has tapped Steven Mnuchin, who followed in his father’s footsteps to attend Yale University and work as a banker at Goldman Sachs. There he helped oversee mortgage trades that contributed to the 2008 financial crisis. Then he expanded his fortune by aggressively foreclosing on homeowners slammed by the very same economic collapse.

Trump had promised that he would combat other Republicans seeking to cut Medicaid and Social Security. Yet his transition team for the Social Security Administration is headed a former lobbyist who has spent his career trying to undermine and privatize the agency. Likewise, Republican Tom Price, Trump’s nominee for secretary of health and human services, has been described by The New York Times as ‘a man intent on systematically weakening, if not demolishing, the nation’s healthcare safety net’.

There’s a pattern here: Trump’s pick to lead the transition at the Environmental Protection Agency is a prominent climate-change denier funded by Exxon Mobil. His man in charge of transitioning the Federal Communications Commission is a former consultant for telecom giant Verizon. All told, 53 of the 70 of the ‘landing team’ members are affiliated with corporate interests, and 14 have worked directly as lobbyists, according to the watchdog group Public Citizen.

With such individuals in power, we are about to witness corruption, cronyism and corporate handouts on a mass scale: Tax cuts for the wealthiest. A green light for businesses to write the rules for their own industries and to desecrate the earth. The preservation of monopolies and the destruction of unions.

Coupled with a politics of frightening racism and xenophobia, this is a recipe for dark times. But for those who want to defeat Trump, his faux populism is a critical weakness. Although the incoming president won the electoral college, the majority of Americans did not fall for his con job: the reality TV star lost the popular vote to Hillary Clinton by well over two million ballots. Adding to that, a significant number of those who did vote for him sought to shake up Washington, not to further entrench the lobbyists.

Trump will fail to deliver on his promise of reform, and this will afford an opportunity. It will be up to us to respond with a real programme for transforming a rigged economy and to present a genuine vision for ending the corrupt politics of privilege – a politics that has just found its new poster child.

Reasons to be cheerful
My Daily Mail badge of honour