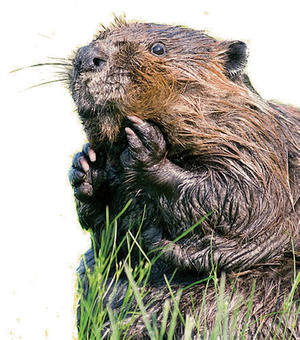 After being wiped out 300 years ago, beavers have been officially reintroduced to Scotland. In November, the beaver was formally designated a native British species after pilot projects, illegal releases and escapes have led to around 250 living in rivers and lochs across the Highlands. ‘Beavers are one of the world’s best natural engineers,’ enthused Jonathan Hughes of the Scottish Wildlife Trust. ‘Their ability to create new wetlands and restore native woodland improves conditions for a wide range of species.’

A Thai court has rejected a case brought by a mining company against public broadcasting company Thai PBS. Tungkum Limited was suing the broadcaster and four of its journalists for defamation after they reported on the environmental impacts of a controversial goldmine. The case was seen as an attack on press freedom by a company that had already brought 19 lawsuits against 33 local villagers committed to defending their environment from the mine. Now campaigners are calling for these lawsuits to be abandoned.

As well as being the hottest year on record, 2016 was the year the global climate movement went mainstream. Divestment from fossil fuels has doubled since September 2015, in response to tireless campaigning across the world. A recent report by Divest-Invest revealed that over 680 institutions in 76 countries have committed to withdraw investments in coal, oil and gas companies, representing an incredible $5 trillion in funds. These include universities, faith-based organizations, public-health bodies, museums, pension funds and insurance providers.

Beware philanthrocapitalism
Trump can be beaten because he is the Establishment