Age of Anger by Pankaj Mishra; Ours to Hack and to Own edited by Trebor Scholz and Nathan Schneider; The Exiled by Kati Hiekkapelto; Revolution in Rojava by Michael Knapp, Anja Flach and Ercan Ayboga.

Age of Anger: A History of the Present 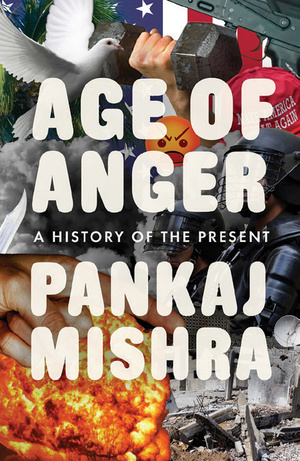 We are truly experiencing that ancient Chinese curse, ‘May you live in interesting times’. From Trump and Brexit to ISIS and rightwing nationalism, barbarism is on the march and the unpredictable has become the new and terrifying norm. If ever we were in need of a clear-eyed guide to our predicament (and perhaps even a few pointers as to possible ways forward) it is now. With the hope of enlightenment in dark times we turn to Pankaj Mishra’s Age of Anger.

Cutting a broad path through 18th- and 19th-century history and giving accounts of the work of such thinkers as Rousseau, Voltaire and Nietzsche, Mishra argues that the roots of our present malaise lie deep in the past.

He contends that the post-1945 narrative of progress is an historic blip and the broken promises of democracy and prosperity for all have paved the way to ‘Global Civil War’. Many who have been left behind and left out have turned to demagogues and hate-peddlers of all stripes.

I have no problem with Mishra’s thesis, rather with the time he takes to reach it. Well over two-thirds of the book is spent examining in detail arcane spats between 18th-century philosophers or the musings of the German Romantics. Only in the final section does the author attempt to tie this mass of historical detail to his analysis of the present and then only in a cursory fashion. Undeniably, we stand in need of serious scrutiny of where we find ourselves. Unfortunately, despite the promise of its title, Age of Anger falls short of being such a work.

Ours to Hack and to Own: The Rise of Platform Cooperativism 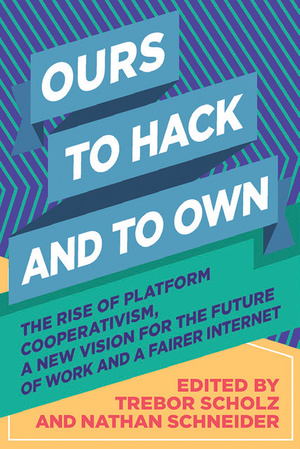 Facebook tells us that ‘it’s free and always will be’. This is only true in the narrowest sense. The site doesn’t charge us for the same reason that farmers don’t charge their cows for pasture. We aren’t Facebook’s customers, we are its product, to be carved up and served to those with money to spend. Last year the company made $3.5 billion from its ‘free’ website.

While appearing to promote communication between equals, the big digital platforms manipulate information flows for their own ends. Each is a parasite posing as a paradise. The alternative discussed in Ours to Hack and to Own, platform co-operativism, seeks to replace profitseeking with shared ownership and democratic control. Without a corporate owner a network’s members can find common ground and develop capacities for collective action.

Companies like Uber and Airbnb are global brands but cities and regions could introduce their own platforms and ensure that workers’ rights are protected while reducing user fees to a minimum. Revenues that now end up offshore could pay for public services and enrich local economies.

This judicious and timely book does not ignore the obstacles. Well-meaning developers are often remote from the people they want to help. The financial and legal architecture favours corporate organization over co-operatives. Trade unions, political parties and the wider public have yet to develop an understanding of the digital economy independent of Silicon Valley’s self-serving narratives.

But, as Jannelle Orsi says, ‘platforms are us’. If we wake up from the corporate dream of individual empowerment there is no telling how far we can travel together. The writers here have already gone part of the way, and they have useful things to tell us. 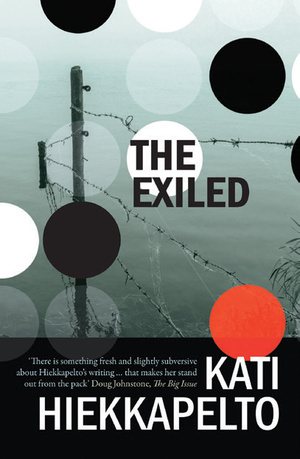 Scandinavian detectives – at least in the hugely popular Nordic noir genre – have a tendency to be troubled loners, dragging along so much baggage of their own it’s a wonder they have the energy to lift their eyes from their navels and solve multiple grizzly murders. So Kati Hiekkapelto’s police detective Anna Fekete is a breath of fresh air. Yes, there are hints in The Exiled of her personal problems, but Anna is a refreshingly normal 30-something who socializes, swears like a trooper, has sex-without-strings and voices opinions on social injustice and international current affairs.

Visiting her native Serbia from Finland, where her family settled after the Balkan wars of the 1990s, Anna’s bag is stolen on a night out, and she suddenly finds herself embroiled in a case that involves corrupt officials, refugees, people-smuggling and the mistreatment of the Roma community. Overt racism and silent contempt for the ‘other’ play a part in the crime, but are also evident in the ills of the wider society, as Serbia, a country still living in the shadow of its own ethnic conflict, struggles to cope with the influx of refugees from Syria and Iraq. 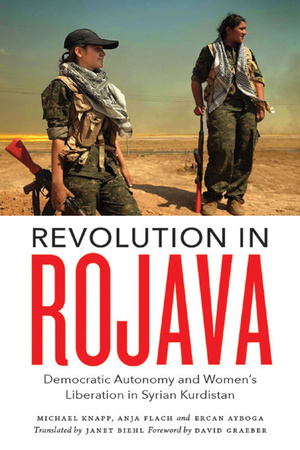 The feminist thinker Rebecca Solnit has a phrase for the astonishing communities that can arise from disasters, be they natural or human-made. She dubs such an effusion of solidarity and organizational purpose, ‘A Paradise Built in Hell’. The authors of this fascinating book have travelled to one such place and the tales they return with give pause for thought and reasons to hope.

Rojava, an enclave in northern Syria, consists of three cantons, Afrîn, Kobanî and Cizîrê. Nominally part of Syria, it has, since 2012, been under the control of the MGRK (The People’s Council of West Kurdistan). Organizing on non-hierarchical principles and gender equality, the MGRK instituted radical changes in the region. Despite being surrounded by hostile forces – ISIS, Turkey and the Syrian state – Rojava saw the emergence of an anti-capitalist social organization, labelled Democratic Autonomy. The progressive society in Rojava was built on community participation and grassroots engagement. It prioritized women’s equality, rejected nationalism and sectarianism and put ecological sustainability at its core.

That the people of Rojava have managed to achieve such a revolutionary system of selfgovernment while also providing the basics of existence and maintaining a robust self-defence capacity is little short of extraordinary.

At a time of deep political gloom, it is salutary to be reminded of the best humanity is capable of. As the authors say of Rojava: ‘The survival of its revolution is also the survival of hope for a free, communal life and a gender-liberated, ecological society. Those of us in an alienated society can look to Rojava in order to rethink life in our own societies and take heart.’

Mixed Media: Music
Accountability is key to peace in the Middle East
Back