Accountability is key to peace in the Middle East 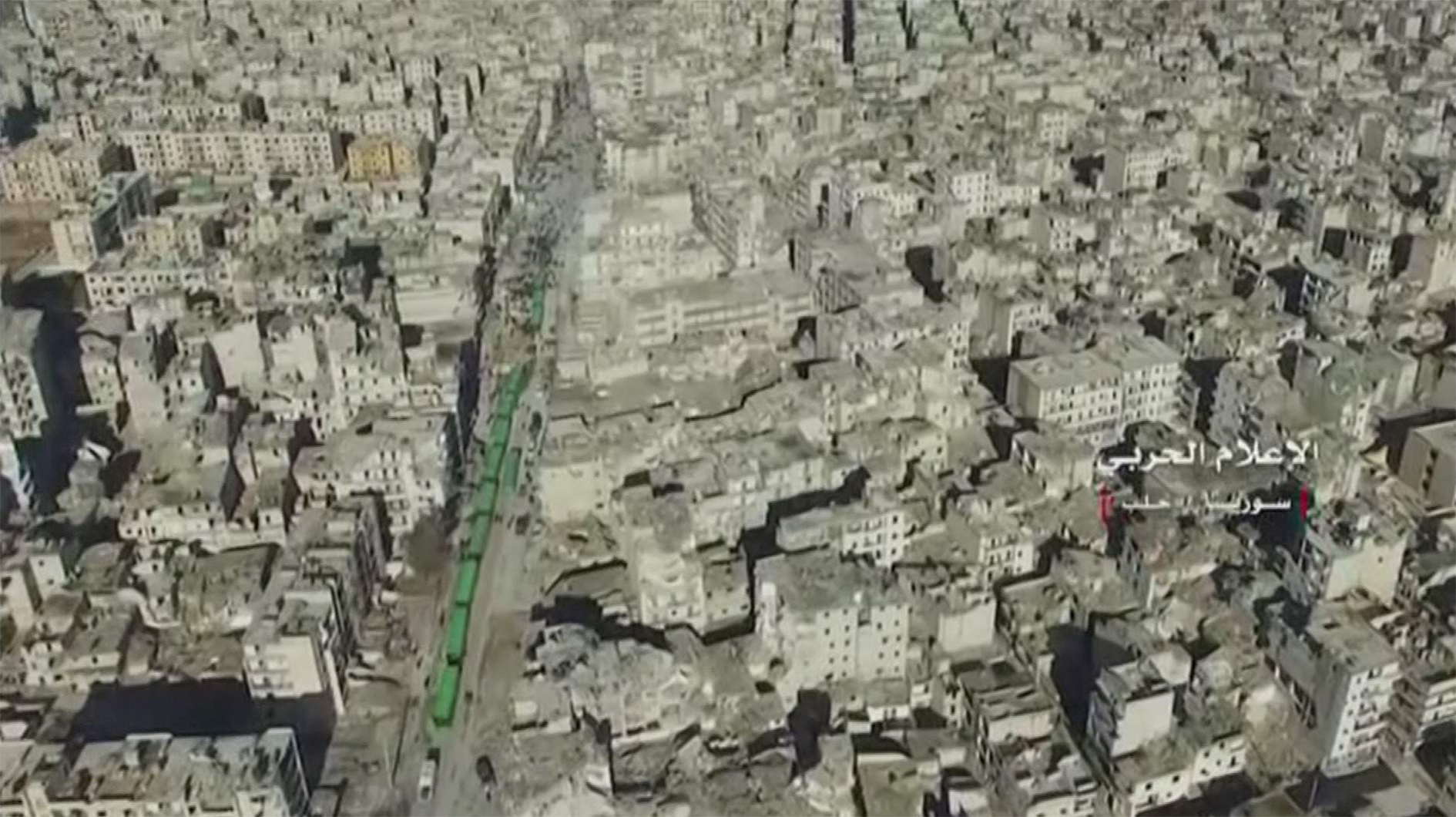 A still image from video taken 15 December 2016 over eastern Aleppo shows an operation to evacuate thousands of civilians and fighters in buses from Aleppo.
© REUTERS/Murad Sezer

At the beginning of this year, former prime minister of Portugal, António Guterres, became the new United Nations Secretary-General. He arrives at a time when the role of international institutions and the so-called established order are being challenged by both populists and the most marginalised. The reality is, though, that more than ever we desperately need effective bodies to promote law and due process.

Six decades ago, world leaders came together to establish international laws to avoid repeating the horrors experienced by millions of people in the first two world wars. The consistent abdication of responsibility for their implementation by subsequent leaders is leading us to a world where protection and justice are now largely absent and impunity has become the norm.

This is why the recent manslaughter conviction by an Israeli military tribunal of Israeli soldier Elor Azaria for shooting dead an incapacitated Palestinian attacker, Abdul Fatah al-Sharif, last March was welcome. The incident was filmed by Imad Abu Shamsiyeh a Palestinian volunteer with the Israeli human rights group, B'Tselem, and clearly showed that Sharif was still alive, but, as the Israeli judges concurred, posed no threat. The subsequent calls for a pardon by senior Israeli politicians shows a disregard for justice. Christian Aid, for whom I work and which supports B’Tselem, will continue to back Israeli and Palestinian organizations that appeal to common standards of law, which are critical to achieve a just and viable peace.

Similarly, UN Security Council Resolution 2334, passed in December last year, which calls for an end to the construction of illegal Israeli settlements in the occupied Palestinian territory, is timely. Settlements are not only illegal under international law, they are also a major cause of poverty amongst Palestinians and an obstacle to peace. The resolution is clear in its condemnation of violence against civilians and all acts of terror. It stresses the importance of ending provocative actions, incitement and inflammatory rhetoric, needed to build critical trust and confidence between the two parties. However, disappointment has been a frequent precedent with such resolutions.

The mechanisms established to ensure that the common standards of law and decency are adhered to – including during violent conflict – such as the UN Security Council, too often descend into political farce and hypocrisy. Not least regarding the Middle East, which is awash with military hardware often sourced from those same permanent members of the Security Council who are appealed to for protection. Civilians across the Middle East deserve and need better, but it is increasingly unclear to whom they should turn to for intervention based on principled impartiality.

Christian Aid works with some of the poorest and most vulnerable communities across the region, especially young people, whose dreams and ambitions are being thwarted at every turn: by war, discrimination and corruption. Millions of young men and women have been displaced by war, or are descended from those displaced by earlier conflicts. Many are vulnerable to warped and desperate ideology offering an alternative to grinding poverty and humiliation, but which confers only fear and brutality on those within its reach.

In both Syria and Gaza, we regularly hear the desperate pleas from those who believe that the world is indifferent to their plight and it is increasingly hard to disabuse them of this conviction. No matter that the UN predicts that Gaza will be uninhabitable by 2020, or that the people of eastern Aleppo were besieged and bombed without mercy. Political leaders in Europe, the US, Russia and the Middle East have been tested and found seriously wanting.

The European Union warns that: ‘the suffering and destruction caused by violations of International Humanitarian Law (IHL) render post-conflict settlements more difficult. There is, therefore, a political as well as humanitarian interest in improving compliance with IHL throughout the world.’ However, this recognition has not been translated into the requisite political will with which to address enduring conflicts or the excesses of war.

If a lack of political will persists then instability will not be confined to Aleppo, Gaza or Mosul. It will become endemic and with it a climate dominated by mistrust and fear, such as Europe is displaying in response to refugees seeking sanctuary within its borders. Peace in the Middle East will not come from outside. It will develop when the region builds the structures and systems that promote and protect the rights of all. If international or domestic law is consistently breached with impunity then societies flounder, peace will remain out of reach, and violent conflict will become the norm.

Everyone is entitled to security, economic opportunity and protection – regardless of race or religion. Individual and collective actions must be accounted for through a framework guided by international law and justice as any future peace agreements will be built through equity and trust. We appeal to Secretary-General Guterres to prioritise accountability in conflict and ensure that Israel’s recent, albeit rare, demonstration of due process is the norm not the exception.

William Bell is Senior Advocacy Advisor for the Middle East at Christian Aid.