Ecuador votes to bar politicians from having assets in tax havens

The ‘yes’ vote wins in the first, historic referendum of its kind, writes Alessio Perrone. 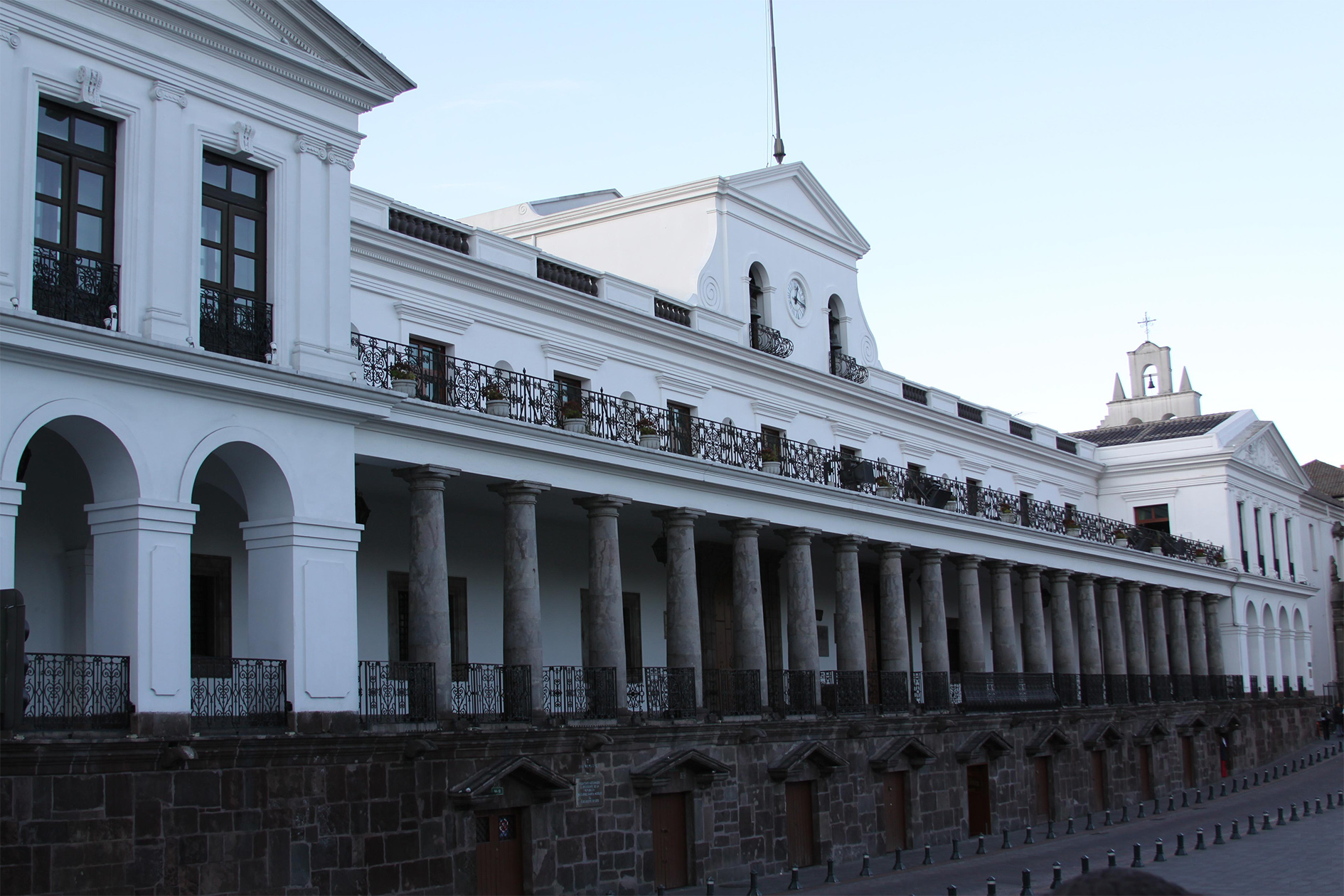 Carondelet Palace, official residence and principal workplace of the President of Ecuador.
Photo: Taty2007 under a Creative Commons Licence

Ecuadoreans have voted to bar politicians and civil servants from having assets, companies or capital in tax havens.

With 93 per cent of the votes counted so far, some 55 percent of the people voted ‘Yes’ and 45 percent said ‘No’ on Sunday 19 February, according to preliminary results provided by the National Electoral Council of Ecuador. It is the first referendum of this kind.

‘It's a very ambitious, radical, and exemplary referendum,’ said Ecuador’s Foreign Affairs Minister Guillaume Long said in an exclusive interview with New Internationalist. He explained that now ‘civil servants will have one year to bring all their assets back to Ecuador, and if they don't comply with this within one year they will have to step down – including President and Vice-President. This will be enshrined in electoral law.’

He said the aims of the referendum were to increase transparency and increase tax revenue for development, while also cracking down on corruption and bringing down inequality.

‘It doesn't solve the whole tax haven issue; it affects public workers, civil servants – but it seeks to position the debate on the national agenda,’ Mr Long added.

The left-wing government pushed for action on the issue of tax havens after the scandal of the Panama Papers. According to the country’s tax agency, from January 2014 to October 2016, $4.52 billion left Ecuador destined for tax havens.

Ecuador is also spearheading an initiative to create a UN body regulating tax havens and other predatory fiscal policies.

The referendum asked: ‘Do you agree that, in order to fulfill a dignity of popular election or to be a public servant, it is established as a prohibition to have assets or capital, of any nature, in tax havens?’

In the election, ruling left-wing party Alianza Pais’s candidate Lenin Moreno secured 39 per cent of the votes, with right-wing Creo Suma’s candidate Guillermo Lasso trailing with 28 per cent. In accordance with the country’s electoral system, the two candidates will now go on to a run-off ballot later this year.

Watch our in-depth interview with Mr Long on YouTube.

Accountability is key to peace in the Middle East