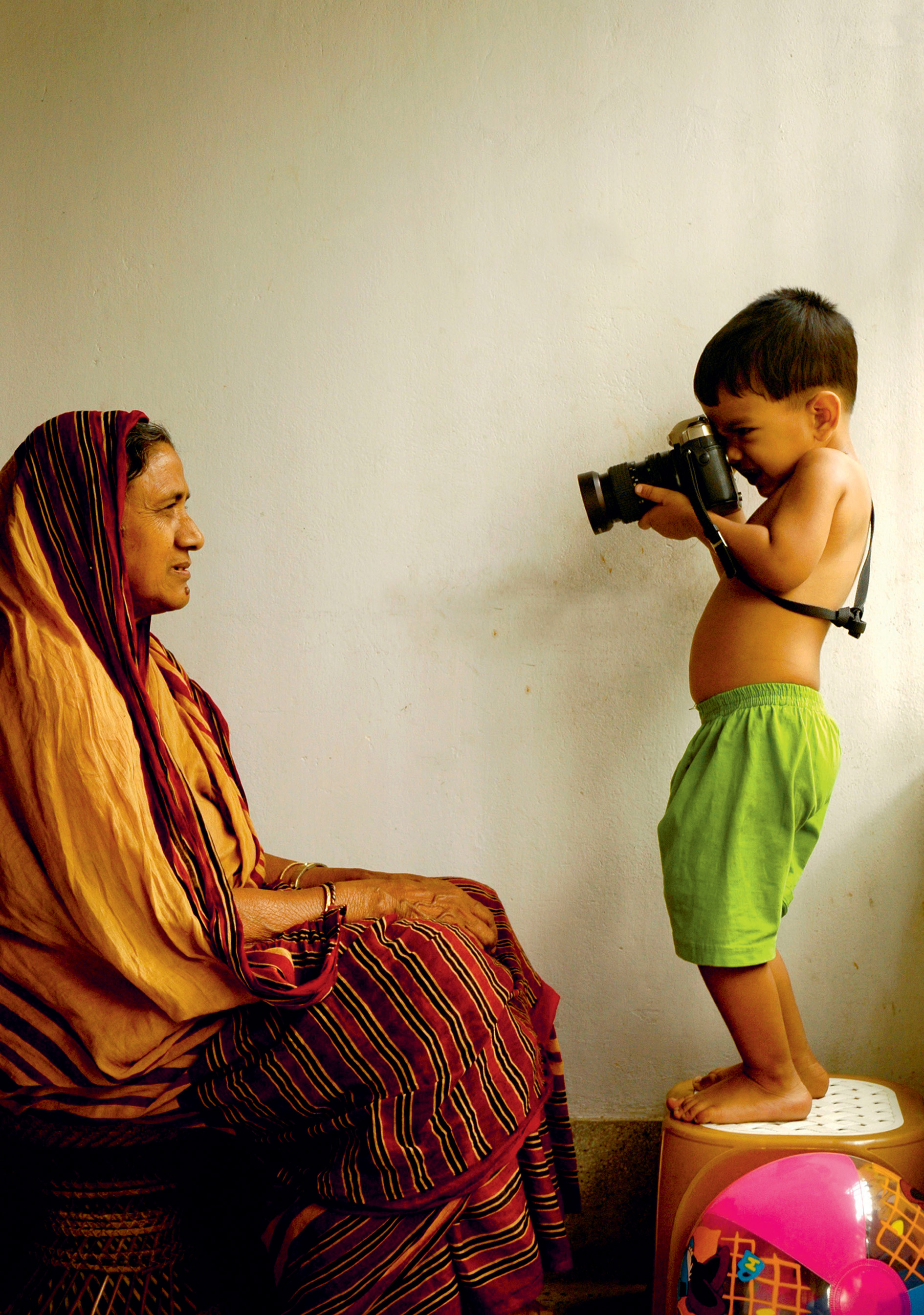 I took this photo in Dhaka, Bangladesh, in 2007. Like most urban children living in our fast-growing metropolises, he was growing up in a tiny, confined space – but the camera offered him an opportunity to create his own fantasy world, despite all the constraints. From an early age, children are exposed to artificiality. Busy parents seem to have little time to care for their children, especially during the early years, and open spaces and nature are missing from their lives. Unsurprisingly, this vacuum is usually replaced by unreal material happiness rather than the simple pleasures of life – a fact that can result in further loneliness and isolation.