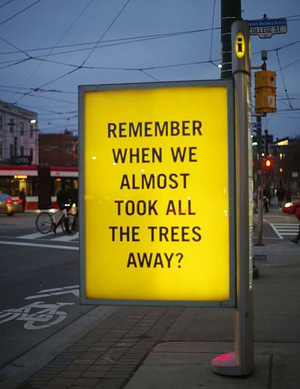 Photo: Subvertisers
What would a city without consumerism look like? This was one of the questions in the minds of ‘ad hackers’ around the world when they took part in co-ordinated advertising take-over #SubvertTheCity. Over 500 corporate advertising panels were replaced last March with art work that queried consumerism and capitalism, or expressed solidarity with political struggles and oppressed groups, including refugees.