The Indian human rights defender who stopped a mining giant in its tracks speaks with Veronique Mistiaen. 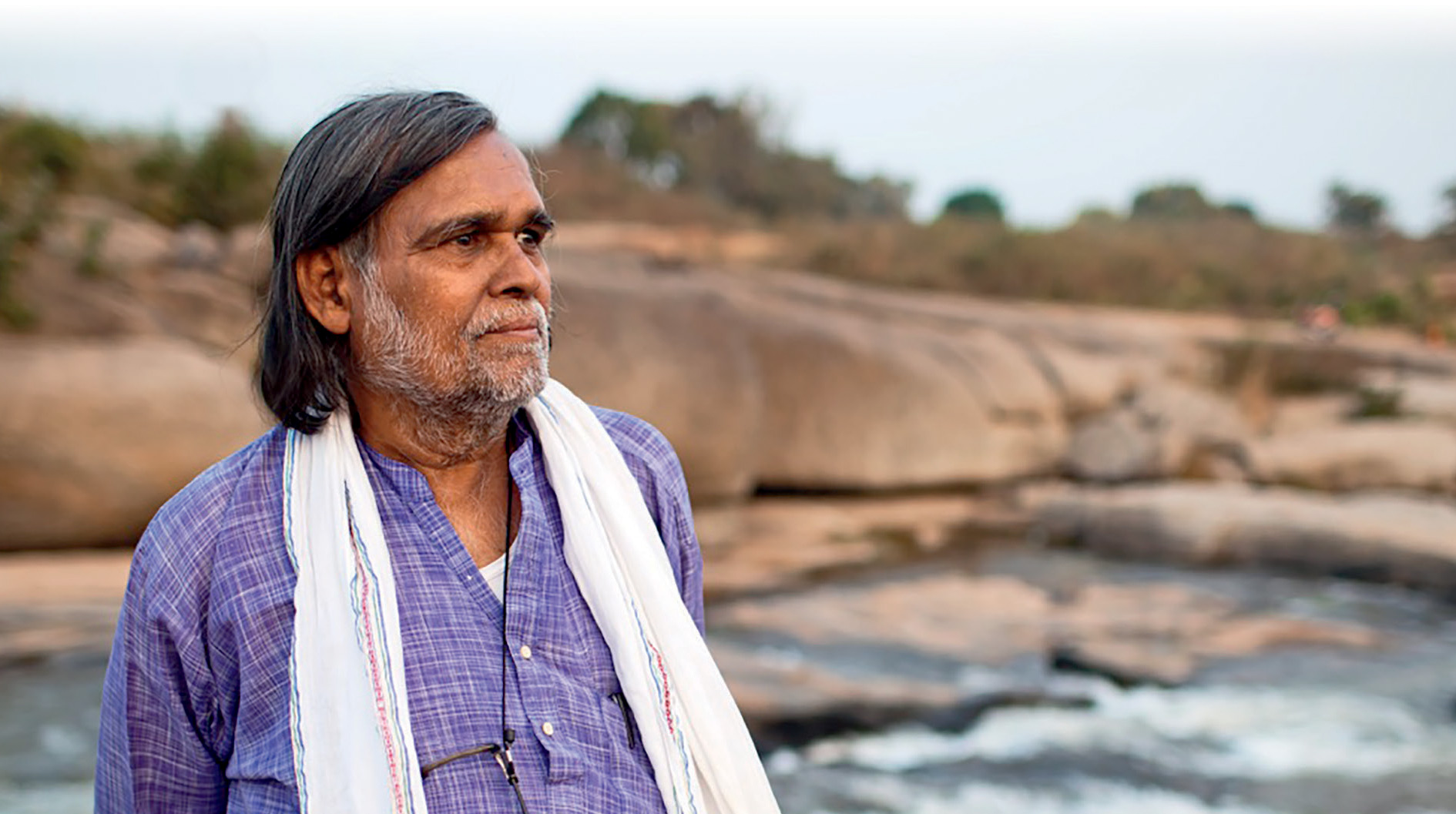 ‘We need to find the right balance between nature and development – one that doesn’t destroy habitats and people, and that preserves natural resources for future generations,’ says Prafulla Samantara. The Indian social justice activist has recently won the 2017 Goldman Environmental Prize for Asia for his 12-year battle to stop a huge mining project on sacred tribal land and for securing indigenous communities’ rights to vote on such projects.

During his long campaign, Samantara has been threatened, kidnapped and jailed, but says he is not afraid and, at 65, not ready to retire. ‘I will keep on fighting until my last breath. I cannot betray the people, the cause.’

Samantara was born into a humble family of farmers in a small village where ‘nature was not only very important and beautiful, but also a source of livelihood’. Odisha, the eastern Indian state on the Bay of Bengal where he grew up, is known for its pristine forests, high mountain peaks and numerous rivers; but also for its vast reserve of minerals – almost a third of the state is under mining concessions.

From a young age, Samantara witnessed the impact of mining and industrial development on small farming communities and the growing inequalities between rich and poor. ‘I’ve seen working people and those at the bottom of society being exploited and suffering. Equality and justice became my guiding principles.’

While studying economics and law he became a student leader in a mass protest-movement to protect democracy and fundamental rights, and was imprisoned for a year in 1976. ‘After jail, I began my public life, first as a campaigner for justice and human rights, then as a defender of nature and the people who are its guardians.’

When, in 2004, Samantara saw an announcement in the newspaper about a public hearing to discuss bauxite mining in the Niyamgiri Hills in Odisha – the ancestral home of the Dongria Kondh tribe – he knew he needed to act.

The Odisha Mining Company had agreed a deal with London-based Vedanta Resources to gouge a $2 billion open-pit bauxite mine on the Dongria Kondh’s land without consulting them. ‘The Dongria Kondh don’t believe in religion, but in nature. The Niyamgiri Hills are their gods. They get everything from them: their entire livelihood and their social and cultural identity. They believe it’s their duty to protect them at all cost.’ The mine would not only have destroyed their homeland, but also polluted water for millions downstream as far as the Bay of Bengal, and destroyed large areas of protected forests which are home to rare wildlife including elephants and the Bengal tiger. In anticipation of receiving the mining licences, Vedanta illegally annexed 148 acres of forest and bulldozed 12 villages.

Over the following year, Samantara visited over a hundred villages by train, bicycle and on foot to alert the Dongria Kondh of what was being planned on their land and mobilize them. ‘They are brave, strong and determined people, and when they understood the threat, they became very powerful.’ Together, they organized peaceful marches and protests and Samantara filed a petition in India’s Supreme Court, citing the environmental, indigenous and human rights violations associated with the proposed mine. As the case gained attention, investors, such as the Norwegian Pension Fund and the Church of England, divested funds from Vedanta.

Almost a decade after Samantara’s initial filing, the Supreme Court passed a historical judgement in 2013, empowering local village councils to make the final decision about mining activities in their region. This was the first time that indigenous people had been given the right to decide on mining proposals on ancestral lands in Odisha state and it represents a test case for indigenous rights across India. The ruling has inspired other indigenous communities to oppose destructive mining projects.

In spite of the ruling, indigenous land remains under threat from mining, and Samantara continues to fight.

‘Development is necessary, but what type of development and for whom and by whom? In India, 60 million people have been displaced over the last 60 years because of big projects such as mining and dams. Indigenous people are not consulted. They are marginalized, even though they are the owners and guardians of natural resources.’

Veronique Mistiaen is an award-winning journalist, writing about global development, human rights and the environment.