A breath of fresher air; Hope in sight; Frack off, say Scots.

A breath of fresher air

Millions of homes across northern China will be heated by gas for the first time this winter as part of a massive government effort to reduce the country’s dependency on smog-producing coal. Although gas is still a polluting fossil fuel, the switch will help clean up China’s famously noxious air, which worsens in the cold as households fire up their coal burners. With life expectancy in northern China three years lower than the south due in part to cardio-respiratory diseases brought about by pollution, according to a US study, this could be the first step in making the air breathable again.

With only five per cent of children with disabilities completing primary school worldwide, a pilot project to boost visually impaired children’s education in Senegal offers hope. Working with the NGO Sightsavers, the West African country successfully trialled the integration of blind and visually impaired children into mainstream schools last year. The government has since committed to rolling out inclusive education nationwide. Sightsavers hope the pilot will become a blueprint for other countries. 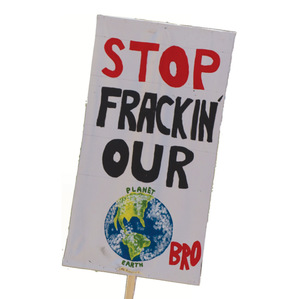 Environmental groups have applauded a decision by the devolved Scottish government to extend a ban on fracking indefinitely. The move followed a public consultation that found 99 per cent of people opposed the controversial energy-extraction process, which has the potential to cause tremors and contaminate ground water.

The decision was also backed-up by a KPMG report, which concluded that embracing fracking would only increase Scotland’s GDP by 0.1 per cent.