When comedy sides with tyranny 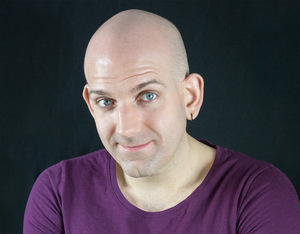 ‘Triggered’ is such a weird insult, isn’t it? ‘Sorry, snowflake, did I trigger you? Did I make you feel an emotion in response to an event? Did my awful actions make you react with sadness or empathy, like you’re supposed to when you’re not made of pure evil? Oh, I do beg your pardon… Did my behaviour cause you to retaliate in a way that might suggest you’re somehow human? Cucked!!’

People who delight in causing offence are so tedious. Why not just play nice? Surely a world of happiness is better than constant misery? At this point I must declare a conflict of interest: I like being happy, which is why I promote happiness. I am in the pay of Big Joy. Bear this in mind whenever you read my columns. It’s actually why I wasn’t allowed to stand as a member of parliament: the ombudsman told me that my belief in making the world a nicer place was incompatible with the regular cash rewards from the arms trade.

Recently we have had more dull old men telling us that our sensitivity to offence is ruining culture – like Hollywood’s Mel Brooks, who opined that ‘stupidly politically correct’ sensibilities will lead to the ‘death of comedy’. (In fairness, anyone who’s ever seen one of my stand-up specials might also conclude that comedy is dead.)

So, I take it Hollywood’s Mel Brooks is a freedom-of-speech champion, fearlessly saying anything in the pursuit of funny? Not so. Asked if anything was off-limits for comedy, Hollywood’s Mel Brooks replied: ‘I personally would never touch gas chambers, or the death of children or Jews at the hands of the Nazis’. So in other words: ‘Political correctness is a curse on comedy, and we should joke about anything – apart from things which personally offend me, Hollywood’s Mel Brooks’. Okay old man, thanks for joining in. Your flawed and defective opinion is noted.

Now as it happens, I agree with Hollywood’s Mel Brooks. Jokes about gas chambers are horrible, and people shouldn’t tell them. The difference though, is that I would extend that kindness not just to things that affect me personally. Maybe by not making sexist or racist jokes. I like the idea of not bullying people. Does this make me a better person than Hollywood’s Mel Brooks? That’s not for me to say, but… yes.

Because, truth to tell, one person’s ‘loss’ of freedom-of-speech is balanced by the millions of oppressed people whose lives have been improved. If you are committed to fighting sexism, racism, homophobia, transphobia, disablism and tyranny – embrace political correctness. At worst, you won’t be able to tell your garbage-trash jokes to your idiot friends. At best, you’ll make the world a nicer place. I don’t know about you, but that seems like a nice trade-off.