1947 by Elisabeth Åsbrink; The Death of Homo Economicus by Peter Fleming; Of Women by Shami Chakrabarti; With Ash on Their Faces by Cathy Otten. 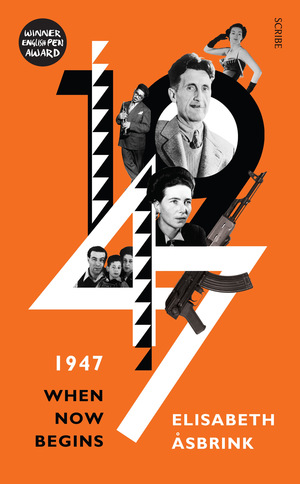 What can a single year teach us about our past, present and future? How can a snapshot of people (from George Orwell to Eleanor Roosevelt), places (from Cairo to Coburg) and events (from the invention of the Kalashnikov to
the partition of India) in the news 70 years ago be relevant to us today? In 1947 – when now begins, the answer is expressed thus: ‘It has happened, so it can happen again.’

In this highly readable and original narrative history, Swedish journalist and author Elisabeth Åsbrink offers a salutary lesson that gives the lie to the idea that humanity learns from its mistakes, and reminds us that small steps and seemingly minor choices can make waves, both across the globe and across time. Even as the world recovered from a devastating war, the seeds of conflicts were being sown – Palestine, India/Pakistan – that remain unresolved today. Political seeds, too, were sown that would lead to the formation of the Muslim Brotherhood, the CIA, and a (partly) united Europe. The drafting of the Universal Declaration of Human Rights offered hope. And one Raphael Lemkin struggled to get genocide recognized as
an international crime.

Though Åsbrink’s title suggests that 1947 was a seminal year, she could no doubt have found similarly momentous material in any other. The modern world – ‘Now’ – may have begun in 1947, but we live in an eternal present. Which thankfully means we always have the opportunity to make choices and take steps that can improve our future. 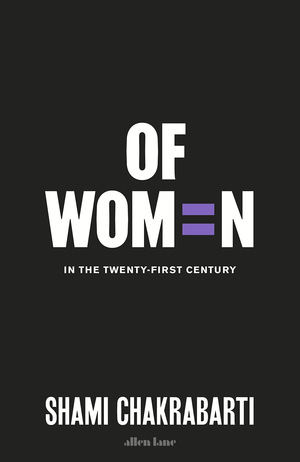 Of Women – In the 21st Century

Campaigning lawyer Shami Chakrabarti has penned her crisp, contemporary treatise on the rights of women in the first person. Consequently, Of Women reads much as the former head of Liberty speaks – punchy, passionate and fiercely rational. In just 200 pages she covers: sex-based abortion, dowries and bride prices; misogynistic abuse spawned by the internet and the heroism of Kurdish women who fought ISIS; and, of course, education, work and love.

This encyclopaedic treatment means that much will be familiar to the well-schooled feminist, but there are reflections that seem more original here too. Transgender women, she says, should be welcomed as ‘to jealously protect our particular victimhood is to make harder our escape.’ Social-media spaces are privately-owned, she notes. So if a man calls a woman a pig, bitch or a dog, then he should be ejected by Facebook, just as he would be from a bar. There are moments when the packed-in, polemic style starts to wear thin. But elsewhere arguments are lifted by personal memories – being dressed in ‘cartoon-like frilled dresses’ or coveting boys’ weapons as a child – and peppered with rich cultural references that span Ancient Greek texts, feminist tomes and Hollywood movies.

Chakrabarti declares herself an optimist – and this is ultimately a hopeful book. Among the litany of injustice, she offers tough, practical solutions such as time-limited affirmative action or boycotts of gendered-toymakers. If just half of her ideas were put into practice, gender equality could be well within reach. 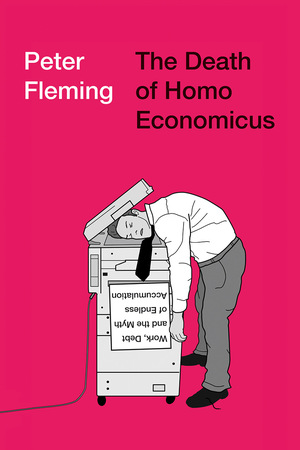 The Death of Homo Economicus

There is a corrosive fiction at the heart of today’s workplace, says Peter Fleming. We are sold the lie that if we work harder and longer, we will be rewarded with increased health, wealth and happiness. In his wide-ranging and thought-provoking book, Fleming traces the roots of this myth of Homo Economicus to the writings of economists such as James Buchanan,
Milton Friedman and Stephen Moore – latterly an advisor to Donald Trump. These and other neo-conservative thinkers have peddled the idea that the modern worker is a ‘dollar-hunting animal’ driven by competitiveness and ego to ever-greater heights of earnings and productivity. Examining the world of work in the 21st century in detail, and with telling anecdotal evidence, Fleming exposes this argument as false, pernicious and leading to dire and entirely predictable consequences. In all spheres of employment, he says, from academia to industry, the public sector to the gig economy, society is engaged in a fruitless ‘race to the bottom’, degrading human endeavour and trashing our natural world.

The thesis put forward in The Death of Homo Economicus is a persuasive if dispiriting one and its author offers little for our comfort in the way of amelioration or remedies for the predicament he describes. We live, he says, in ‘the growing winter of a wasted world, a vapid monoculture of nothingness’. In such a state, while accepting the validity of his argument, I would have wished for a better suggestion as to ways out of the nightmare rather than his monumentally vague call for us to ‘be worthy’ and ‘be ready’. 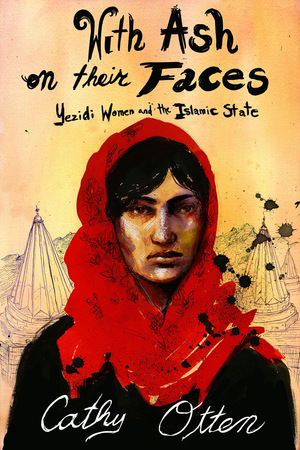 With Ash on their Faces – Yezidi Women and the Islamic State

The world woke up to the plight of Iraq’s Yezidi community in August 2014, when an estimated 130,000 people were left stranded on Sinjar Mountain after fleeing ISIS. Over the next fortnight, most of them managed to escape across the desert to Syria, thanks to a rescue mission undertaken by troops from the Kurdistan Workers’ Party and Syria’s People’s Protection Units. The world watched, sighed in relief and promptly forgot.

But this is a community that has experienced 74 genocides in its history, and whose future remains uncertain. Author Cathy Otten, who is based in Iraqi Kurdistan, conducted more than 100 interviews to piece together the harrowing truth of the ISIS attack and its aftermath, focusing in particular on the 6,000 Yezidis – mainly women and children – who were enslaved and transported to prisons, military training camps and the homes of ISIS fighters, where they were raped, beaten and starved.

Otten argues that, despite the mainstream media stereotyping of Yezidi women as passive victims, they were able to draw on their religious beliefs and oral traditions to find the strength to fight back – including by rubbing dirt into their faces to make themselves less desirable to their captors.

The women interviewed by Otten express deep anger and a thirst for revenge yet, despite broken bodies and hearts, their pride, courage and sense of identity have remained intact. And they are the ‘lucky’ ones – some 3,000 Yezidis are still being held in captivity. Perhaps this stark, shocking book will help the world remember them.