The facts, figures and politics of Tonga. 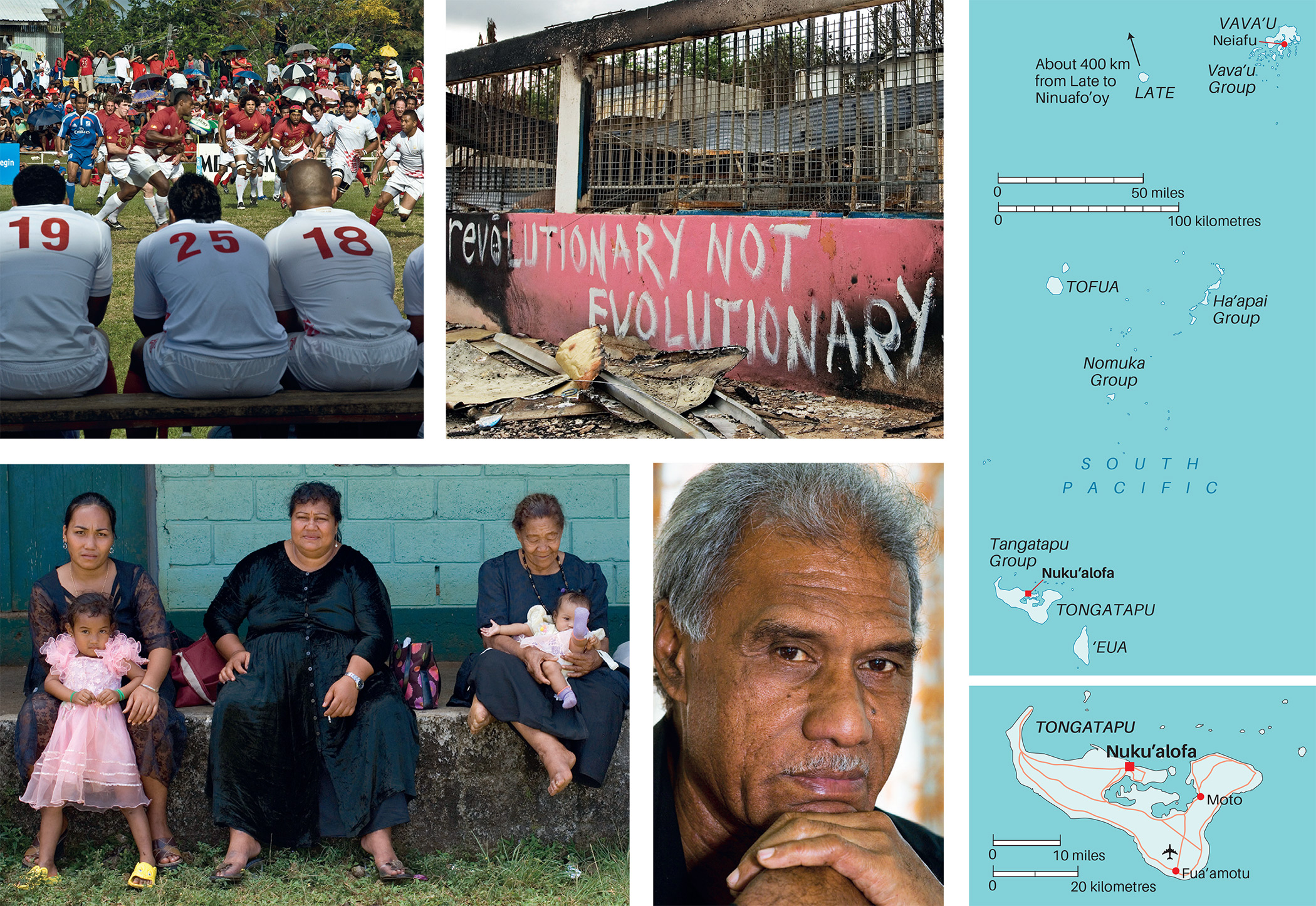 Photos, clockwise from top left: a rugby match between an invited World 15 team and Ikaletahi, the Tongan national team, in celebration of King George Tupou V’s coronation in 2006; graffiti on a burnt-out store after the riots in the capital Nuku’alofa in November 2006 – businesses that were foreign-owned or owned by the Tongan elite were targeted by rioters; a portrait of the former prime minister, ‘Akilisi Pohiva, who died in September 2019; women and children waiting for transport home after Sunday-morning church in Neiafu, the second-largest town in Tonga, on Vava’u island – the women are wearing black mourning clothes.
Photo: Jocelyn Carlin/Panos

In Tonga, wearing black is so common that foreign visitors could mistake it for a fashion statement. It is not. As in many other countries, it is worn as a sign of mourning. The closer the relative, the longer you wear black and, if an immediate family member passes away, black may be worn for as long as a year. Black was worn by thousands when the country’s prime minister and long-time democracy campaigner ‘Akilisi Pohiva died in New Zealand/Aotearoa on 12 September. It was the end of an era.

Tonga was first settled 3,000 years ago. Its royal family traces back its lineage more than 1,000 years. It was visited by Captain James Cook, who called it the Friendly Islands in 1773. In 1826, Wesleyan missionaries visited and Taufa’ahau Tupou, ruler of the Ha’apai Islands, was among those converted to Christianity. He united the Tongan islands and in 1845 became King George Tupou I. Although Tonga was never colonized, from 1890 onwards the archipelago was seen as a ‘protectorate’ of the British crown and did not celebrate full independence until 1970.

Tonga is a constitutional monarchy but its royal rulers have exercised much more political power than their equivalents in other countries. When Queen Salote III visited England for Queen Elizabeth’s coronation in 1953, it rained heavily on the open carriage and she arrived soaking wet. She became a household name overnight. Seven years later she gave women the right to vote in legislative elections for the first time. 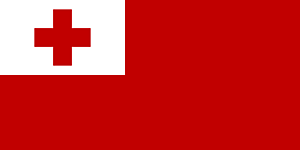 The pro-democracy movement was established at a conference organized by ‘Akilisi Pohiva in 1992. Radio Tonga was forbidden to mention the event and overseas speakers were turned back at the airport on government orders, though 700 people attended. Pohiva founded the Tonga Democratic Party two years later, which aimed to challenge the entrenched power of the monarchy and the aristocracy, and he was imprisoned for contempt of parliament in 1996.

Popular frustration at the slow pace of change led to riots in the capital, Nuku’alofa, in November 2006 in which 8 people died and around 80 per cent of the central business district was destroyed.

In the wake of the riots, constitutional changes were at last introduced – the number of parliamentary seats allocated to people’s representatives was increased from 9 to 17, though the aristocracy retained their own 9 seats. Pohiva eventually became prime minister in 2014 but he was arguably less effective than as an opposition leader and uncomfortable being at the heart of the establishment. In 2017 King Tupou VI exercised the royal prerogative by dissolving parliament and calling a snap election – only for Pohiva to be returned with an increased majority.

Although it is fair to say that the battle for genuine democracy in Tonga is unfinished business, in recent years the focus has switched to the effects of climate change – the Tonga archipelago is among those low-lying Pacific islands that are under grave threat from rising sea levels as well as from cyclones and droughts. At the 2019 Pacific Islands Forum summit in Tuvalu, Pohiva was frail but impassioned on his last major public appearance – he broke down in tears when talking about global inaction on climate chaos, while also condemning the region’s decades of inaction against the Indonesian occupation of West Papua.

Tonga is, in general, a friendly but conservative society, with an emphasis on Christianity and strong family networks. Due to the ‘extended family’ structure, almost everyone has access to food, water and shelter – it is rare to encounter anyone lacking these. Nevertheless, the poverty rate in 2017 was 22 per cent. Poverty is mainly found in the rural areas of the outer islands and is caused by poor access to basic goods and transport.

Income Distribution
Corruption allegations have dogged all recent governments. It is traditional to acknowledge royalty and nobles through financial and traditional tokens.
Literacy
99.4%. Most Tongans can read and write in both Tongan and English.
Life Expectancy
71 years (Fiji 67, NZ 82).
Position Of Women
Traditionally, women hold a higher rank than men. Women won 2 of the 17 parliamentary seats at the last election. Women share the same voting rights as men. The 2017 elections saw 15 women campaigning for a seat. One woman was elected. Women cannot inherit land but can lease land allotments. Rights of ownership are directed by nobles or the crown using a land allotment system.
Freedom
The one recognized political party was that led by the late prime minister. There are several privately owned newspapers and radio stations but media freedom is restricted. In recent months, the Cabinet has discussed the idea of a shutdown of Facebook over allegations made against the royal family. The Taimi‘o Tonga newspaper was banned in 2003 for publishing anti-government articles. In 2017, the tension between Pohiva and the Tonga Broadcasting Commission resulted in the sacking of its chief executive, Nanise Fifita.
Sexual Minorities
Same-sex marriage is illegal, as is homosexuality. Local LGBTQI+ groups have formed to lobby the government on the issue.
Politics
Pohiva Tu’i’onetoa was the finance minister in the previous government but pointedly defected from the ruling party along with three others during the wrangling over parliament’s election of the new PM. ‘Akilisi Pohiva’s democracy agenda appears to have been shelved and it is thought that Tu’i’oneta’s priority is to repair relations with the King.