We had binding quotas for women in politics? Vanessa Baird looks at what gender parity can do. 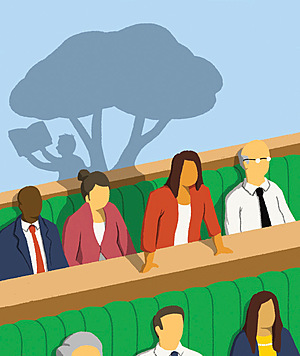 They smile for the camera – the eager new cohort of female parliamentarians. It’s a standard photo, after a general election. A sign, hopefully, of progress.

Over 100 countries in the world have signed up to the goal of gender parity in parliament, an initiative launched at the 1995 World Conference on Women’s Rights in Beijing.

Some countries have made great strides, but generally the pace has been slow and uneven. Today, the global average of seats held by women in national parliaments is just 23 per cent, according to the international Gender Quotas Database.

In 2019 only three countries had 50 per cent or more women in parliament: Rwanda with 61 per cent, and Cuba and (pre-coup) Bolivia with 53 per cent. They beat Nordic goody-goodies like Sweden (47 per cent) and are way ahead of the UK (currently at 33 per cent), Australia (30 per cent) and Canada (29 per cent). The US lumbers just behind China (23 and 24 per cent respectively), but ahead of Brazil (15 per cent), India (14 per cent) and Iran (under 6 per cent). Papua New Guinea boasts a stunning zero per cent women in both houses, according to UN figures.

Women make up half the world population and so having that fact reflected in the corridors of power is only fair. But gender parity actually improves democracy in many ways. According to UN evidence, women’s leadership improves political decision-making processes, and women are more likely to work across party lines even in the most politically combative environments.

Representation matters because it shapes policy. Women in public office are more likely to promote measures that address the challenges facing disadvantaged groups. They champion bills relating to gender-based violence, childcare and parenting, pensions and electoral reform. But they are also more likely to introduce bills related to education, health and the environment.

For example, female parliamentarians in Senegal pushed through the allocation of a greater share of the country’s GDP to get girls into school. In Rwanda laws that protect children from violence and permit women to inherit land have been passed. Ecuador (committed to 50-50 gender representation) was the first country in the world to recognize the rights of nature in its constitution.

Many politicians agree with gender parity – in principle. The trouble is making it happen. Enter the issue of quotas – and that thorniest of questions, should they be voluntary or enforced? Attempts to make them forced or legally binding encounter strong pushback. Opponents cry ‘tokenism’ and argue that compulsory quotas upend cherished notions of meritocracy.

Extensive research in Sweden, led by Tim Besley, an economist at the London School of Economics, shed some interesting light on this. Entitled ‘Gender quotas and the crisis of the mediocre man’, the 2017 study found that far from adversely affecting the quality of candidates, forced parity actually improved it. Mediocre men who had benefited from gender privilege were removed and eventually replaced with competent women.

Unsurprisingly, those countries that show marked improvement in political gender parity have quotas. The quotas may be set at different levels: say, 30 per cent women, or a minimum 40 per cent for both sexes, or a simple 50:50 split. They may be achieved through different mechanisms: electoral lists, reserved seats or voluntary political party targets. And they could be enforced through a national constitution, electoral law or political party statutes.

Rwanda is the prime example of a country with a strong system of legislated quotas, written into the Constitution in 2003, guaranteeing at least 30 per cent female representation at national and sub-national level. The UK, Canada and Australia, by contrast, have no national legislated quotas, but some at a sub-national level and voluntary political party quotas. The US and India have none.

Serious enforcement makes the difference. ‘When we legislate parity, we find the women, and when we don’t, we find excuses,’ is how Caroline Codsi, founder of the Canadian Women in Governance NGO, put it.

Quotas help, certainly, but parity requires conviction and effort. ‘It’s not enough to say you believe in equality... You need to create the conditions where women will feel welcomed and supported,’ writes Quebecois columnist Toula Drimonis. That means action on work-life balance and a readiness to tackle gender-based violence and abuse against female parliamentarians – a growing problem.

So, what if legislated gender quotas became the norm across the world? There would be more gender equality, obviously. But going by the evidence so far, the world’s health, education, disadvantaged groups and environment would benefit too.