Embedding the economy – with care

Why does the current market economy not serve the best interests of the people? The problem has deep roots, writes Richard Swift. But there is another way... 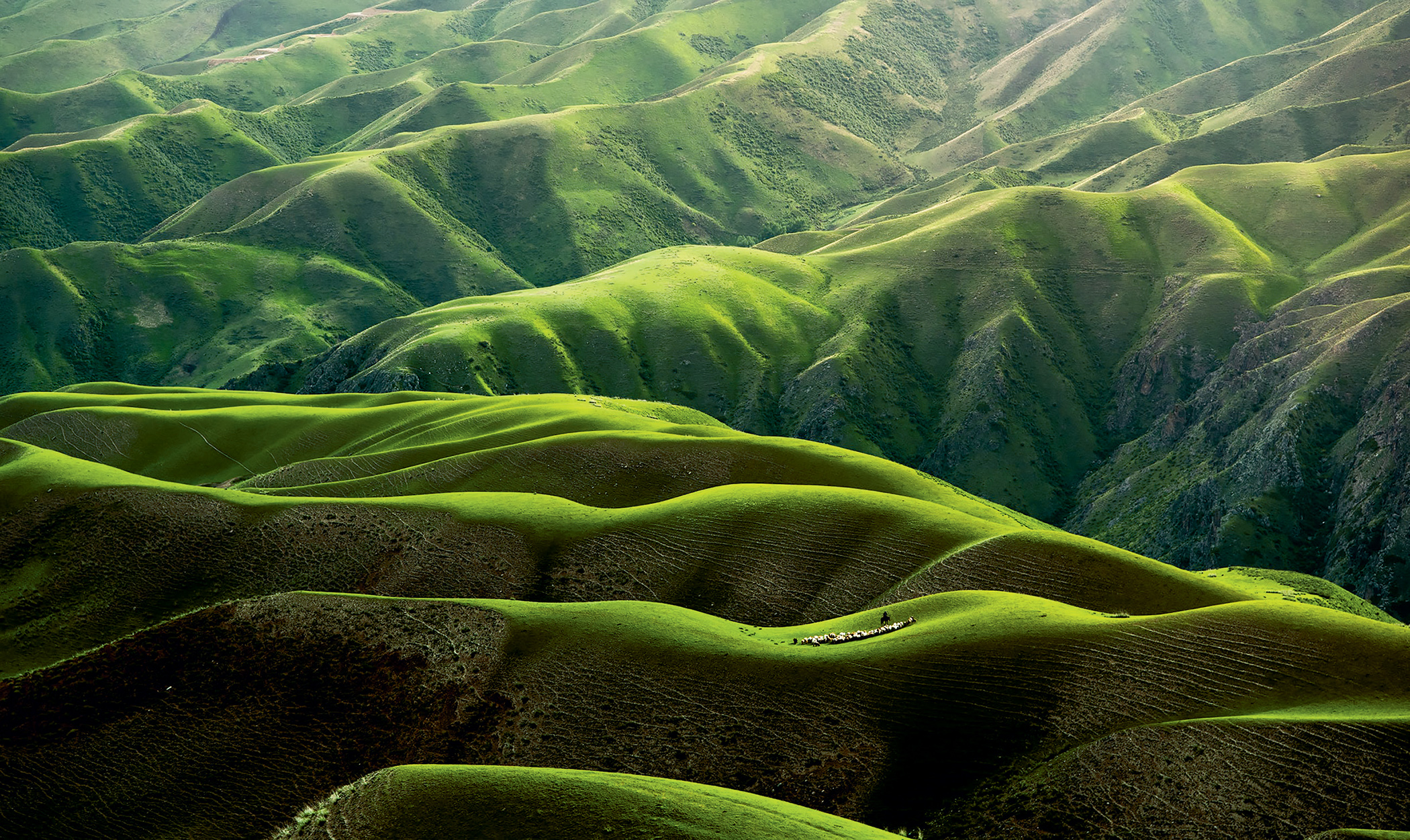 Profit over the planet: A care-based economy would do the opposite.
Photo: Musiime P Muramura/Unsplash

Why does the current market economy not serve the best interests of the people? The problem has deep roots, writes Richard Swift. But there is another way...

‘It’s the economy, stupid.’ The catchphrase grabs your attention with a jolt. It was dreamed up by a US political fixer named James Carville to help get his boss Bill Clinton elected to the US presidency way back in 1992. It worked and Clinton carried on the globalization-austerity-privatization-internment policies of the preceding Reagan and Bush administrations, all with a Democratic ‘progressive’ gloss.

Like many political slogans it hid more than it revealed. It implied a Clinton administration could ‘fix’ the economy and address the concerns of the multitude who felt excluded from that most elusive of fantasies: The American Dream. Prosperity for all was just around the corner.

These were the halcyon days of corporate globalization. But Clinton and Blair’s ‘third way’ idea that you could take off the sharp edges of the neoliberal austerity championed by Reagan and Thatcher, while maintaining robust capitalism-off the-leash growth, proved pretty small beer. The International Monetary Fund, the World Bank and the World Trade Organization had already entrenched the austerity ethos across the globe. A society built around the market could only afford to provide the bare minimum for losers dependent on public largesse. And maybe not even that. The robust market was everything, the enfeebled state nothing.

There are two undeniable aspects of the current market economy: wasteful growth and galloping inequality. According to a 2020 report from Oxfam’s Research Unit, the world’s richest 1 per cent have more than twice as much wealth as 6.9 billion people, and the number of billionaires has doubled over the past decade. On the waste side, the carbon-combustion complex of petroleum giants, their promoters and financial backers continues to pump carbon dioxide into the air, destroying the ecological basis of human and most other life. Then, of course, there is the endless – and highly profitable – production of military weapons systems to find more efficient ways to kill each other. With global military spending approaching $2 trillion a year you could pretty much dictate a wish list of sane alternatives: an end to world poverty, a coherent global public-health system and an entire ecological makeover of human life, starting with a non-carbon-based energy grid. You wouldn’t even have to choose; you could have it all. 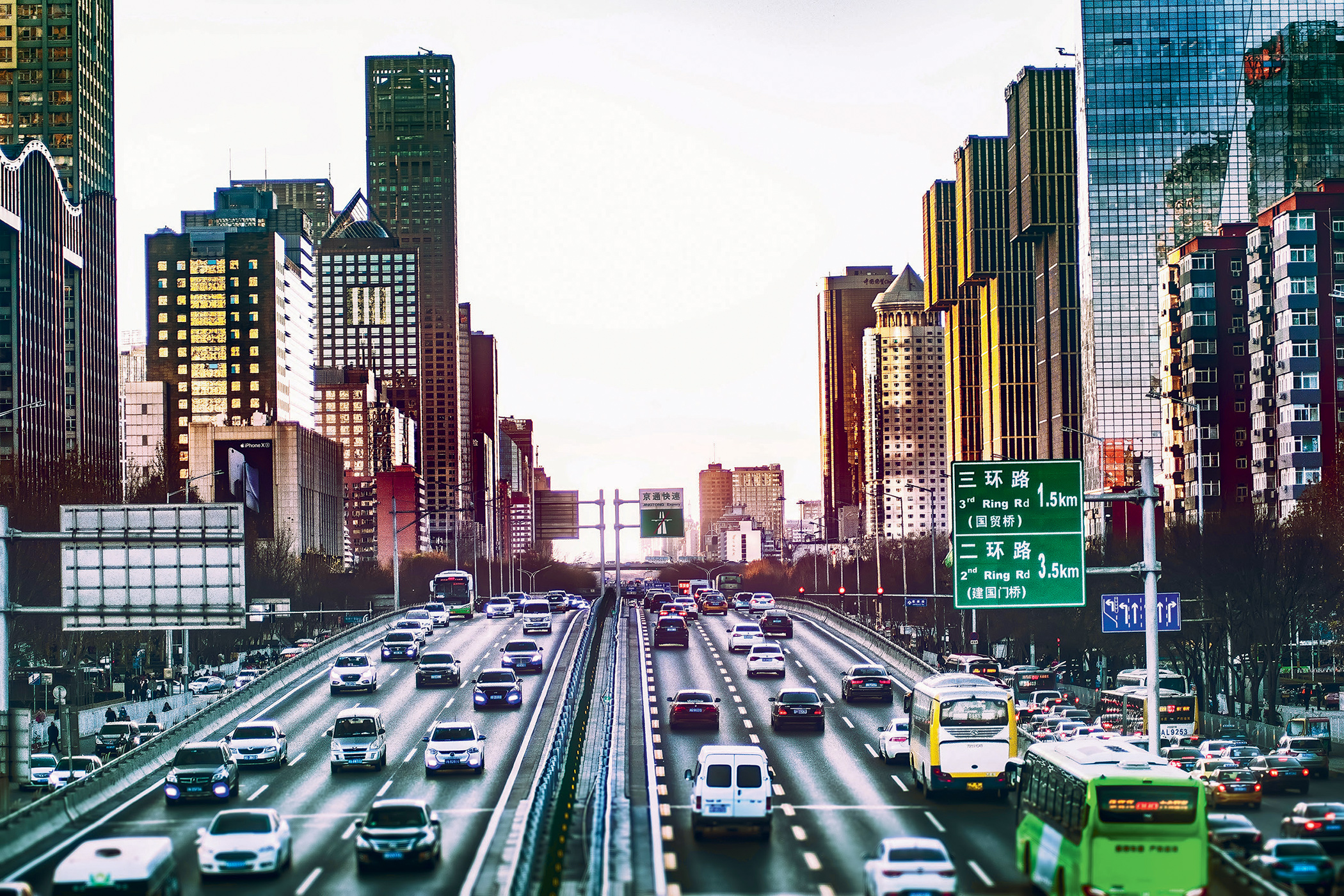 Profit over the planet: A care-based economy would do the opposite.
Photo: Zhang Kaiyv/Unsplash

Now back to Carville’s ‘It’s the economy, stupid’. He is right, but not in the sense he intended. No light-touch regulatory tinkering is going to save us from a market ethos which is simply out of control. We need to go back to basics: what is the purpose of the economy? How did we ever reach the point that, instead of our economy serving us we serve it and the billionaires that feed off it? The problem has deep roots going back to before Adam Smith, whose seminal Wealth of Nations (1776) provided the theoretical underpinnings for market dictatorship.

How did we ever reach the point that, instead of our economy serving us we serve it and the billionaires that feed off it?

In 1944 the Hungarian political economist Karl Polanyi countered with The Great Transformation, a book that traced the way the market economy had detached itself from any social moorings to become an autonomous dictatorial force over society. Polanyi was no barricades revolutionary but he was a persistent critic of the market logic that has invaded every sphere of modern life. He had experienced life in ‘Red Vienna’ after World War One, where a counter-movement to the market had produced co-operative housing and public and social services of remarkable resilience. He was also trained as an anthropologist so understood that through most of human history the economy had been embedded in society and governed by non-economic habits and values.

For Polanyi the very idea of a ‘free market’ was not only a myth but a starkly dystopian one that undermines the common good. He makes a key distinction between markets and ‘a market society’ where everything that makes social life possible – including clean air and water, education, healthcare, security and the right to earn a livelihood – is turned into what he calls ‘fictitious market commodities’. He warns that such a ‘market society’ will inevitably produce not only inequality but an undermining of all social and environmental rights in favour of an expansionist ethic which privileges profit over any other value.

We desperately need to end the market’s dictatorship and re-embed it in human society so it can service a democratic and sustainable future. The psychology of market society is to embrace human beings as one-dimensional seekers motivated by their own self-interest. It is hardwired to bring out the selfish worst in us. This limited view of the human psyche has long been challenged by social scientists critical of market egoism. Recently the Max Planck Institute for Human Cognitive and Brain Sciences in Leipzig, Germany, did a study involving 300 subjects to see if adults could be trained in compassion and pro-social motivation.1 According to Institute Director Tania Singer, results ‘show that, through the cultivation of our mind and heart, we can change our motivations from self-centred and selfish to ones that are more caring and affiliative, and these in turn promote prosocial behaviour and co-operation.’

What we urgently need is an economy that replaces the universal of profit with a universal of care, both for each other and the natural world which keeps us alive. We need an economy subject to collective, democratic decision-making about what and where to invest to meet human need.

Towards a care economy

It is hard to imagine that a care-based economy is compatible with any number of existing institutions, from profit-based banking to such partial and growth-addicted measures of economic success as Gross National Product. Certainly, we would need to rethink the various stock markets that dot the globe from Beijing to Berlin. Investment decisions for a care-based economy will never be made by betting on stocks in these casinos of profit.

A shift away from our current market dictatorship based on amoral profitability needs to happen sooner rather than later. There are a few promising signs of movement in this direction, some potential ingredients of an embedded care-based economy. The notion of a universal annual income is gaining traction around the world. If widely implemented it could free workers from being forced to earn their livelihood by toiling in the anti-care sectors of the economy. A small but lively degrowth movement has sprung up to challenge the notion of endless economic expansion in a finite world. Care for the ecological health of our sad but beautiful planet is central to any degrowth vision. Combining degrowth and guaranteed sustainable income offers the potential for decoupling wellbeing from unlimited incomes and material consumption.

An embedded economy built around the ethos of care would need, almost by definition, to be rooted in a democratic civil society. A care economy shifts the primacy from commercial rights and contracts to the social bonds and civic ties upon which vibrant democracies depend. Reciprocal bonds of sympathy cannot but deepen democracy. But given the rise of populist nationalism on both Left and Right, it is good to keep in mind Bertrand Russell’s warning that ‘much that passes as idealism is disguised hatred or disguised love of power’. A profound democracy must be the litmus test of any alternative to market dictatorship.

The Covid-19 pandemic has demonstrated how difficult it is to simply ‘pause’ a capitalist economy addicted to profit-based growth. Yet this did indeed happen, raising many questions as to the purpose and direction of future growth. The constant mantra from those who controlled the economy – and often avoided paying their share of taxes – has always been ‘we can’t afford that, it’s far too expensive’, whatever the ‘care’ demands for better health systems, environmental transformation, and provision of support for the marginalized. But come the pandemic and worries about widespread depression, and all the experts became overnight Keynesians, happy to pump resources into the economy to keep their market dictatorship in place. Without economic demand there would be no profit-based growth.

The ‘elephant in the room’ is the upcoming fight as these same people try to restore the ethos of austerity, making the people pay for all the debt accumulated from the deficit financing used to save the system. Already the financial pages and business thinktanks are full of alarm that the workers and the poor will become lazy and entitled and unwilling to play along. Such a fight should raise questions about the fundamental nature of the current economic system, providing the opportunity for a radical rethink by those who want to build a care agenda as the centrepiece of an economy democratically embedded in society.

Richard Swift is a Montreal-based writer and activist and a former New Internationalist co-editor. His most recent book is SOS: Alternatives to Capitalism (available at nin.tl/SOS).

Keeping the world cared for
Passing it on