The unpalatable reality of working for Apple

A fresh wave of reports unveiling exploitation in the iPad empire are forcing Apple to clean up up its act, reports Mark Engler.

‘Help wanted: factory worker to install small components into items manufactured by hand – iPhones and iPads. Shifts may average 12 hours per day, six days per week. You may be expected to stand throughout. Some exposure to hazardous chemicals. Base pay: $42/week. Additional benefits: shared dorm room with five other employees; safety netting at facility to catch attempted suicides. Please note: applications will be checked against blacklist of union sympathizers.’

Not interested in this post? I can’t blame you. Think this hypothetical job description exaggerates the real conditions under which Apple products are made? Prior to this year, a great many people would have agreed. Today, fewer can claim to be unaware of the truth. 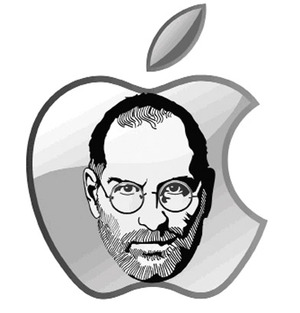 Since the death of Steve Jobs, allegations have surfaced accusing Apple of exploiting it's workers.

Vectorportal.com Under a CC Licence

Apple’s exploitation of workers in China isn’t unique. Other computer companies are likewise drawn like honey bees to the nectar of negligible wages, natural waterways open for dumping, and police forces conveniently watchful for union troublemakers. Nor are allegations of abuse at Apple suppliers new. This magazine, among others, has raised red flags since the company started exporting most of its manufacturing more than a decade ago.

But recent events – the death of Apple founder and CEO Steve Jobs, a fresh wave of investigative reports, and protests by Chinese workers themselves – have reopened discussion of a reality we regularly prefer to ignore.

Here in the US, after Barack Obama gave his annual State of the Union address, Indiana Governor Mitch Daniels offered the Republican response. He celebrated the departed Apple executive: ‘The late Steve Jobs – what a fitting name he had – created more of them than all those stimulus dollars the president borrowed and blew.’

That Apple employs only around 43,000 people in the US, while the 2009 stimulus created or saved 1.4 million jobs, according to the nonpartisan Congressional Budget Office, is just the sort of irrelevant ‘reality-based’ detail that followers of this country’s politics know they are expected to ignore.

Yet, accepting that Jobs was a ‘job creator’, we can ask: ‘What kind of employment did he produce?’

Most Apple jobs are low-wage retail positions in the company’s cubed-glass cathedrals. Apple Store employees interviewed by labour journalist Josh Eidelson report being casually informed by managers that working non-union is part of the job. When several in the San Francisco Bay Area expressed concerns about pay, they were told, ‘Money shouldn’t be an issue when you’re employed at Apple.’ Rather, according to management, serving at the altar of the Genius Bar™ ‘should be looked at as an experience’.

Last year Apple, with its attention to life-enriching experiences, earned $400,000 in profit per employee, exceeding such non-carpe diem corporations as ExxonMobil and Goldman Sachs.

Beyond direct hires, some 700,000 people work for Apple’s suppliers, the majority at places like the Chinese Foxconn plant, where, sadly, making it to age 25 without crippling repetitive stress injury is an accomplishment.

Sweatshop apologists contend that such facilities are legitimate stepping-stones on the path to market prosperity. This presumes that the grimmest workshops of the industrial revolution will never be abolished – that there will always be some hyper-exploitable country in need of ‘development’, whose young people can be sacrificed to our desires for inexpensive gadgets. These manufacturing jobs will never come with dignified standards, their argument suggests, so why try to improve conditions at all?

The good news is that most people are not so blasé about human rights. Apple recognizes that demonstrations against oppressive working conditions could slow sales. Feeling the heat, it has agreed to release lists of suppliers and allow outside inspections of plants. The company is now trying to fashion itself into a good example, and it’s not the defenders of sweatshops who made this happen.

Those pushing for broader changes throughout the industry are not asking for congratulations. They know they have plenty more to do. It’s help that’s wanted.

Mark Engler is a senior analyst with Foreign Policy In Focus and author of 'How to Rule the World: The Coming Battle Over the Global Economy' (Nation Books, 2008). He can be reached via the website: DemocracyUprising.com

Act Against ACTA
Should donor nations give aid to countries with poor human rights records?