Cooking   up a storm

Change is brewing among men all over the world. Nikki van der Gaag investigates the promise this holds for both sexes. 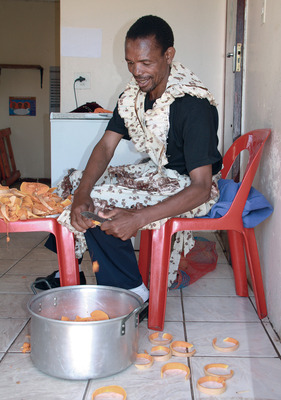 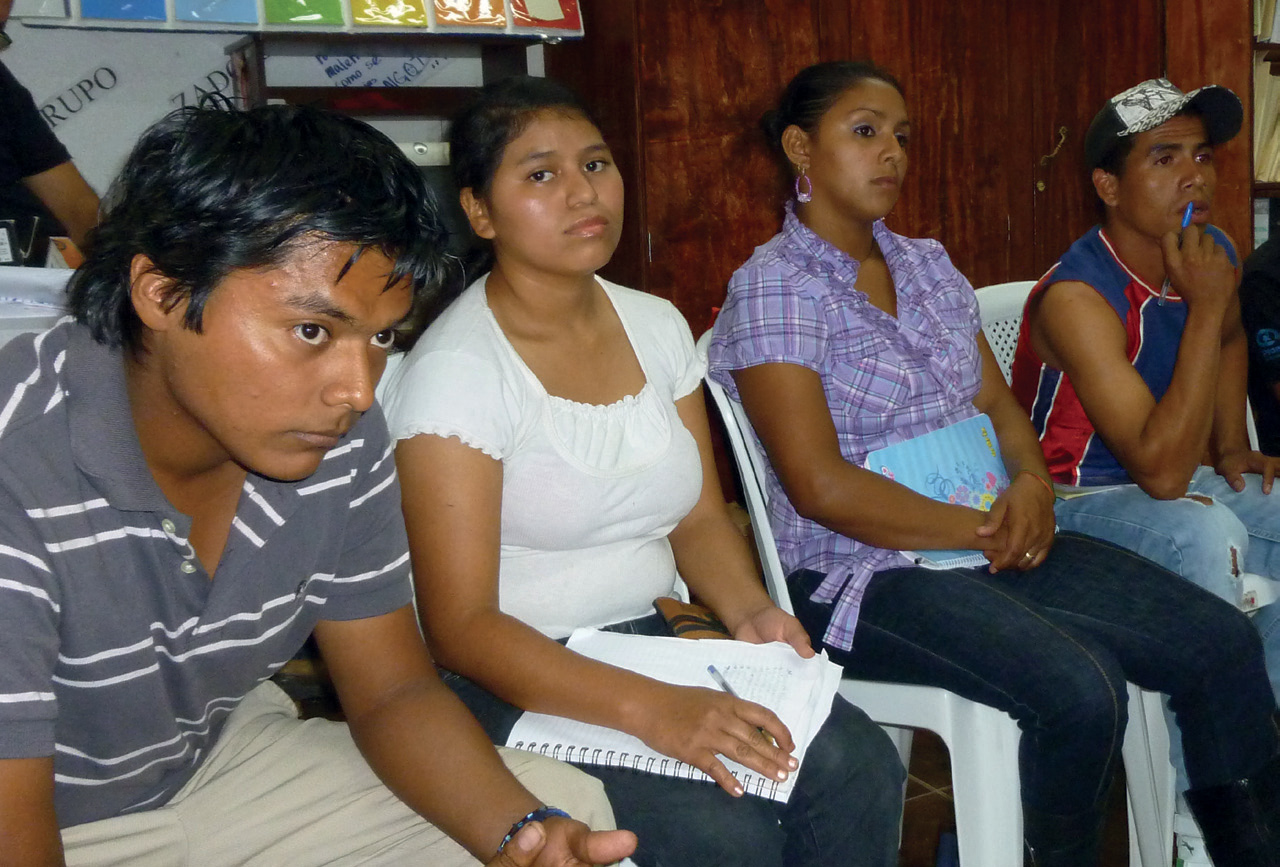 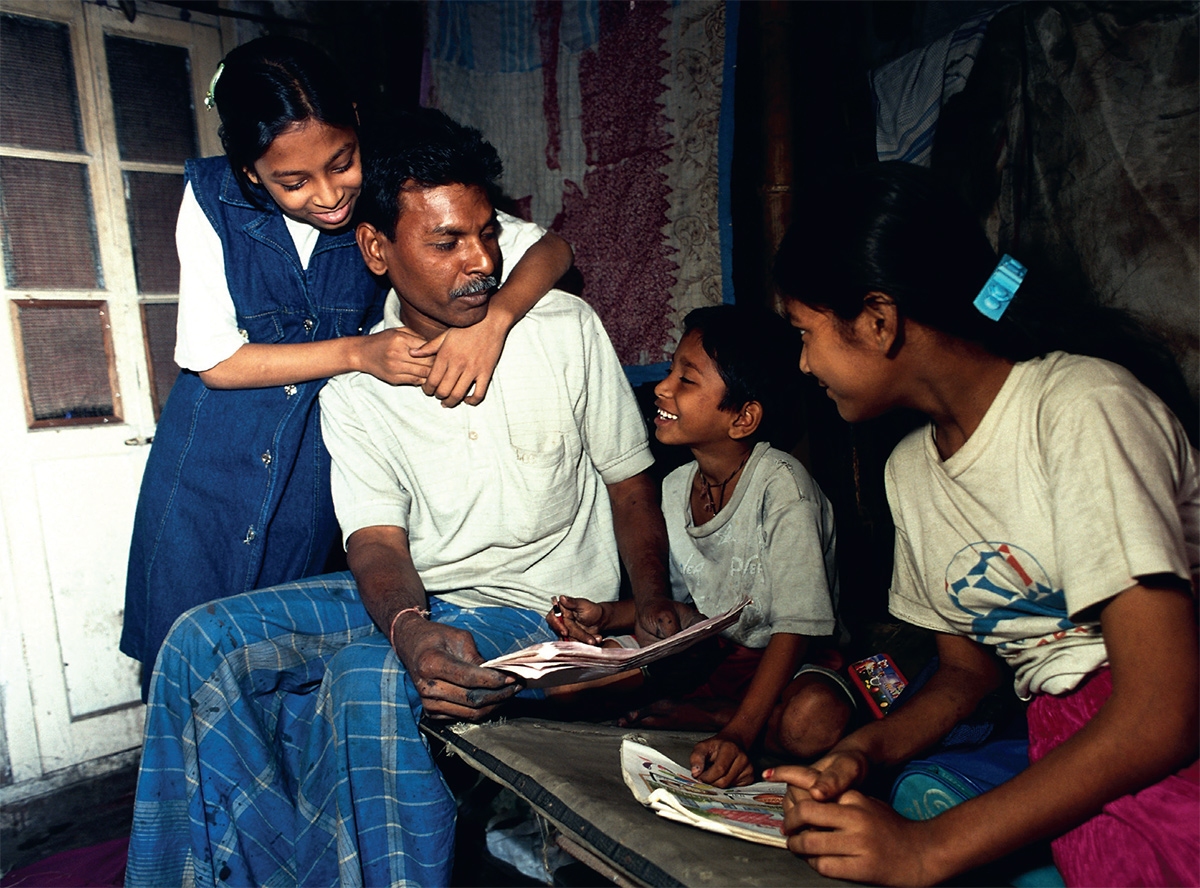 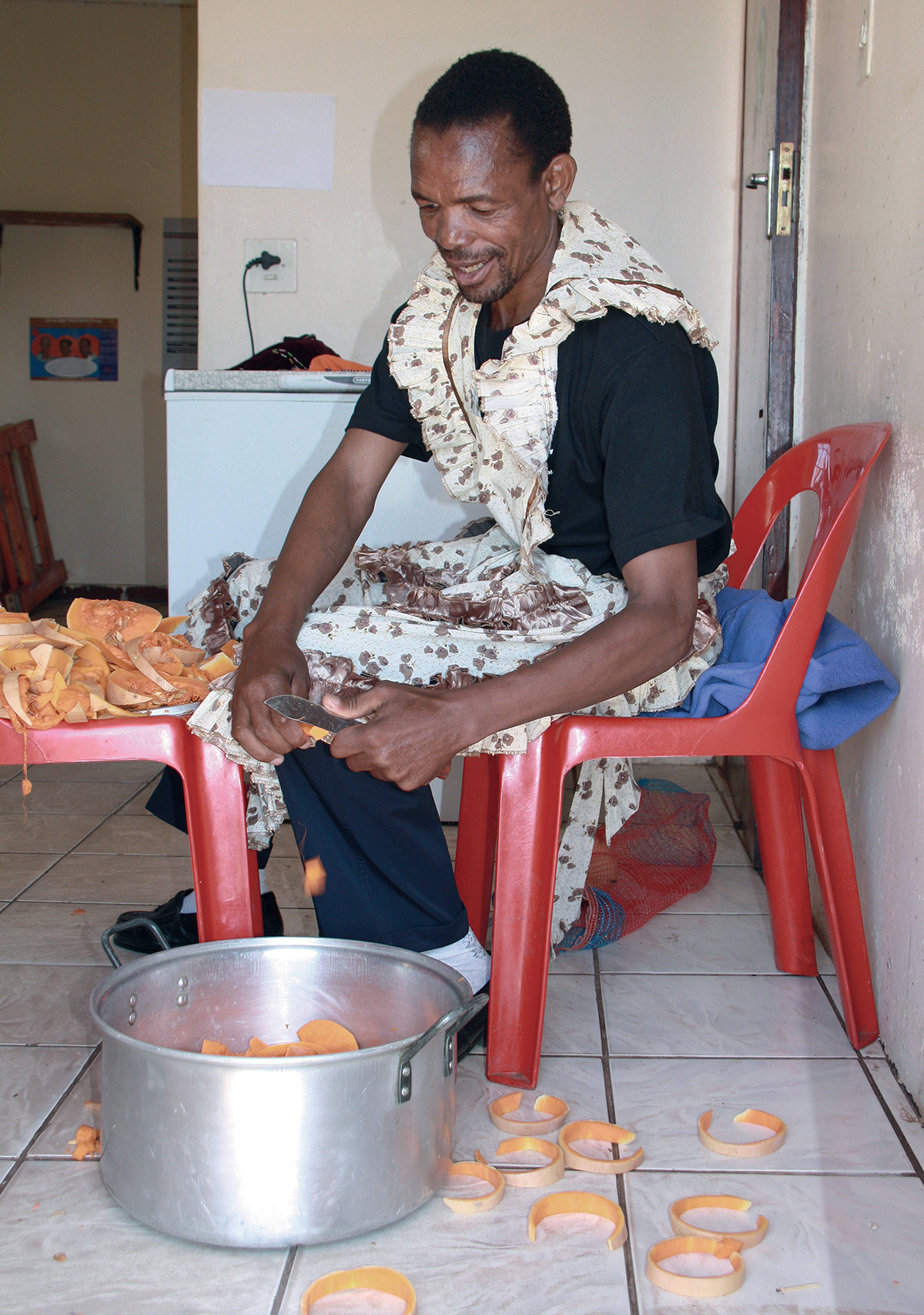 How much have men changed in the past decade? Not much, if you ask most women.

But something is clearly afoot. In the US and Canada, there is a panic about ‘the end of men’, who according to an article in the Atlantic Monthly, are becoming redundant with an ‘unprecedented role reversal now under way’.1 Newsweek ran a cover story on ‘reinventing masculinity’, analysing assertions that women are taking over the world – or at least the US.2 And Canada’s Globe and Mail had a whole series on why boys are failing at school.3

As usual, the real story is a bit more complex than the headlines might indicate. Globally there seems to be little evidence that traditional masculinity has had its day. Men still hold the power in most governments, earn the most money, and still rape and beat women, often with impunity. In some countries, years of struggle by women’s organizations have led to changes in policy and practice which have improved women’s lives – though mainly in the workplace and the school rather than home or parliament. This does not mean that men are losing out, although there is certainly something awry with boys’ education in many countries.

At the same time, many men are realizing that the traditional model of being a man is slowly being undermined. They no longer know how to respond to their wife going out to work, or their daughter choosing whom she wants to marry, or their son telling them he is gay. They don’t want to react as they see other men do, with violence bred of frustration. But they have few models for how to be a different kind of man. Todd Minerson, who runs the worldwide White Ribbon Alliance4 of men opposed to violence against women, notes: ‘When you’re from the dominant group you don’t have that history of struggle and analysis that comes from the non-dominant group’s perspective. It’s not natural, or it’s not something taught. It’s not something that’s shared with us by our fathers.’5

Men who hold more rigid views about what it means to be men are more likely to be depressed, and less satisfied with their lives and their relationships

The risks of rigidity

So while women have been struggling with how to work towards equality for decades, most men have just gone along with the status quo. And increasingly, it is not working for them. Being a ‘traditional’ man is a risky business. A national survey of adolescent males 15 to 19 in the US found that those with more traditional views of manhood were more likely to report substance use, violence and delinquency, and unsafe sexual practices.6 Results from a multi-country study involving 11,000 interviews with women and men found that men who hold more rigid views about what it means to be men are more likely to be depressed, and overall less satisfied with their lives and their relationships.7 And in Britain, where suicide is the biggest killer of men under the age of 35, Jane Powell, Chief Executive of CALM (Campaign Against Living Miserably) says: ‘The kernel of the problem around suicide is that men are not supposed to ask for help. For a guy to say “I can’t function” is to say “I’m not a man”.’8

Attitudes towards homosexuality are also a good litmus test for this traditional view of masculinity. Because when sexual diversity is accepted, it is likely that other kinds of difference – whether to do with race, or sex, or class – are viewed more favourably as well. In many countries, homosexuality is still illegal. Gays, lesbians and transgender people still face stigma, abuse – and even torture and death. Which is why the glimmer of hope on page 24 in Britain and the uS about changing male attitudes to homosexuality is such good news.

Today there are increasing numbers of programmes working with men – against violence, for men’s health, on fatherhood, about sexuality and relationships. And the majority World is leading the way. Men, and in particular young men, from deprived areas have particular motivations for becoming involved because they are at the sharp and often violent end of what it means to be a man. It is perhaps not surprising that the most successful work on masculinities has been with men in the favelas (slums) of Brazil or the townships of South africa. 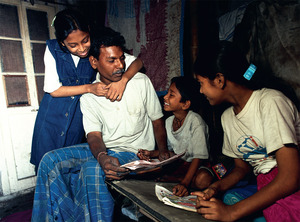 Men like Cristobal, whom I met during my research for a global report on how men and boys are working for gender equality.

He became involved in a men’s group in the dominican republic because: ‘I see how much violence there is in my community and I want to stop it. And because my father treated us like animals. I want to be a better parent to my children than my father was to me.’ or Wilman, the youngest in the group, who says: ‘I am here to learn about not doing violence to women because I see this a lot in my family. Lots of men hit women if they don’t do what they want.’8 they talk animatedly about the machismo that dominates their society. They recognize that women are viewed as second class citizens, and the negative consequences this has for women, but also for relationships and thus for men as well. And they want to do something.

Men like Cristobal and Wilman are able to share their concerns with each other honestly, and as a result, are more likely to share them with the women in their families and with the wider community. They openly recognize that they are confused about many things. But talking about it gives them the freedom to define themselves in opposition to the values that they were brought up with and that they see all around them; to be better parents, but also better husbands, partners, brothers, uncles and community members.

And it is not just talk. The results for men are clear. Instituto Promundo’s Program H (H for Homens and Hombres, the words for men in Portuguese and Spanish), engages young men and their communities in working on these issues. Results include ‘higher rates of condom use, improved relationships with friends and sexual partners, greater acceptance of domestic work as men’s responsibility – and lower rates of sexual harassment and violence against women.’9 in el Salvador, I met luis and Cindy among a group of young activists who were also involved in discussions about equality. As a result of the workshops, said luis: ‘I am a better friend, with closer friendships with both boys and girls and better conversations.’ Cindy agreed: ‘I think after doing this work, young men are more able to show their affectionate side. They have the same opportunity as women to express what they feel – we can try to neutralize the typical phrase that “men don’t cry”.’10

Sharing the load at home

Perhaps the hardest thing is for men to give up some of their privileges, and share the load in the home. Even if they work, women in most societies still do the bulk of the childcare and domestic work.11 But even here, taboos are slowly being broken down. Sonwabo qathula is one of nine men working as caregivers with the Siyakhanyisa HIV/AIDS support group in South africa. ‘in african society, it is seen as culturally incorrect to involve men in care,’ says Sonke gender Justice network’s eastern Cape project manager Patrick godana. Qathula found it hard at first, but now: ‘People’s attitudes are changing. I get recognition from the school principal, the chief of my area and many men and women in my community. Being able to help people makes me proud and that’s what keeps me going.’ Project co-ordinator Siphokazi makaula says that more men have been coming to the group since they had male workers, including for HIV tests. ‘These men are a great example for other men,’ she says.12

These kinds of programmes are clear that they operate from a women’s rights perspective. They consult feminist colleagues and many work also with young women. And they are proving increasingly popular, although still far from being part of the mainstream of gender work. In the past few years, they have been rolled out successfully all over the world. The MenEngage Alliance, chaired by Sonke Gender Justice Network now has 400 partners from all over the world. The White Ribbon Campaign operates in 60 countries.13 United Nations Secretary General Ban Ki-Moon has set up a network of ‘men leaders’ in order to help end violence against women.14 And increasing numbers of non-governmental organizations are also looking to supplement the work they do on gender with women and girls with work with men and boys. 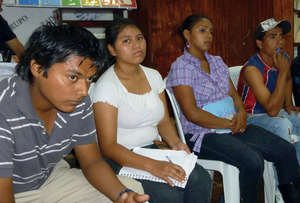 Opening up to change

But it’s often the small, anti-feminist, even anti-woman, men’s backlash groups that hog the media’s attention. As academic RW Connell notes: ‘Opponents of feminism have now found issues about boys and men to be fertile ground. This is most clearly seen in the United States, where authors such as Warren Farrell,15 purporting to speak on behalf of men and boys, bitterly accuse feminism of injustice. Men and boys, they argue, are the truly disadvantaged group... The arguments... now form part of the broad neoconservative repertoire of opposition to “political correctness” and to social justice measures.’16

Not surprising then that there is mistrust on the part of many women’s rights advocates. As Everjoice Win from Zimbabwe notes: ‘We have seen male brutal power in action, and we have the scars to prove it. Who can blame us if we see most men as the enemy?’17 Research also reveals that male resentment of gender programmes that only work with women is having a negative effect on the women in those programmes. Such as women’s savings and loans programmes where men will take a new wife in order to access the money. Or men without a job who resent the fact that their wives are employed and beat them up. Or whole communities who use religion or culture as an excuse to stop ‘their’ women acquiring what they see as Western freedoms and privileges previously confined to men.

‘We have seen male brutal power in action, and we have the scars to prove it. Who can blame us if we see most men as the enemy?’

There is also real concern that working with men on gender issues will take much-needed funds away from vital work with women and girls. But involving only women, even on projects which give individual women and girls skills and build their confidence, is not enough on its own to change our patriarchal society. There are too many forces stacked against such change. Only when men are brought into the equation can any real shift begin to happen. As Cristobal said to me fiercely: ‘Gender equality can benefit us all. In a situation of equality both [women and men] have rights.’ ‘Utimately,’ adds Bienvenido, an older man in a royal blue cap, ‘it is about respect.’ It’s as simple as that. Or as complicated.

Nikki van der Gaag is a former New Internationalist co-editor who has specialized in gender issues for many years. She now works freelance, and has been focusing on the issue of men and boys working for gender equality.

Redefining masculinity: why showing affection is no longer a fairytale
Back