While some forms of celebrity advocacy have propagated powerful economic, social and political interests, celebrities such as Bono have developed international policies to alleviate poverty and facilitate indigenous peoples’ rights of self-determination. They have used their fame to draw public attention to a range of humanitarian and philanthropic activities. Celebrity activism represents a democratization of foreign policy processes in which the traditional, closed forms of diplomatic practice have been replaced by more open forms of public diplomacy. By operating within a framework of globalism, celebrity activists have placed matters of concern on the international agenda, overriding the self-interest of nation states. Crucially, celebrities may use soft power techniques to facilitate a ‘politics of attraction’ to reconfigure concepts of global identity, citizenship and solidarity. 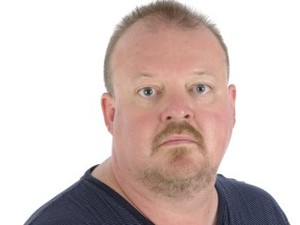 Celebrity activists can bridge the gap between Western audiences and faraway tragedies by using their fame to publicize these international events. They complement the work of the UN, non-state actors and other non-governmental organizations (NGOs) by using their charismatic authority to establish an equitable discourse within global civil society. Bob Geldof ’s Live Aid and Live 8 campaigns are examples of how linking pop music with famine imagery can generate philanthropic activity among the public. Similarly, George Clooney’s support for NGO projects in war-torn Darfur has focused international attention on human rights abuses, brought about reforms to deal with the inequities of wealth and poverty, and affected legal mechanisms to effect resolution to conflicts.

The reason I’m firmly against celebrity charity promotion is that the global charity machine is itself highly problematic: charity allows social inequality to continue unabated. It attends to only the worst and most visible manifestations of inequality, rationalizing global capitalism’s continuous production of poverty, dispossession and unevenness. In other words, charity helps put a ‘human face’ on global inequality. And the problem is compounded when celebrities such as Bono or Geldof are associated with it, since their ‘star power’ and spectacle only further divert public attention from the real social and economic causes of inequality. 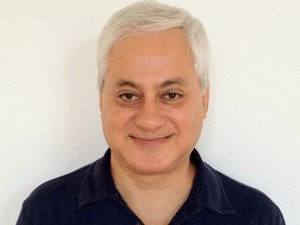 This problem is clearly visible in both the examples you cite approvingly. Far from helping the Global South, Live Aid and Live 8 were first and foremost public spectacles aimed at improving the celebrities’ brands, resulting in huge increases in the stars’ record sales. Perhaps more important is the fact that, to date, almost none of the Live 8 commitments on debt or trade justice have been met. As for George Clooney and Darfur, there is now mounting evidence that he and his fellow celebrity collaborators did more harm than good in the region as a result of their over-hyped rhetoric (including demands for military intervention).

So what matters most to celebrity charity is the glitz and glam: it makes celebrities (and our political leaders) look compassionate and caring, while diverting attention away from such uncomfortable issues as the complicity of our own economic and political élites (of which celebrities are now part) in the creation of the very poverty that such charity is intended to address.

While we agree about the inequities of global capitalism, this commentary highlights our differences concerning celebrity humanitarianism.

You claim that Live Aid was a vehicle for improving celebrity brands and increasing record sales. It is true that acts such as Queen and U2 benefited from their global exposure. But this development only occurred after the fact. When preparing for the event, Bob Geldof had to cajole many acts to perform. Moreover, while this global jukebox became a template for charitable engagement, contemporary observers were not aware that it could deliver such exposure or raise funds of over $100 million. The event itself (rather than the consequences of the fall-out) demonstrated that celebrity humanitarianism had a unique mobilizing effect to set the agenda in a commercially driven media environment. It engendered a palpable sense of mission among the public, rather than merely providing a reiteration of celebrity glitz or enforcing an easy compliance with the authorities to assuage consumer guilt.

I recognize that Geldof is a divisive figure in the aid community, but your critique appears more concerned with the dismantlement of capitalism than exploring the strengths or weaknesses of the different ‘types’ of celebrity intervention that exist. Celebrity activists are caricatured as an ineffective and impotent élite. Instead of critically examining the merits or deficiencies of celebrity humanitarianism, such a deterministic analysis ignores how celebrities may actually operate in regard to their own sense of autonomy, agency or ‘affective capacity’.

In many ways, your response reinforces my position. You start with recognizing ‘the inequities of global capitalism’, yet conveniently forget it when it comes to discussing the merits of celebrity charity. Indeed, celebrities, precisely in order to become ‘celebrities’, are deeply tied to global capital; their branding is the result of a massive corporate media and marketing machine, to which they are beholden. So any ‘cajoling’ Geldof had to do for Live 8 had more to do with the business end of the spectacle – so much so that he was roundly criticized by the NGO-led Make Poverty History campaign for corporatizing the event, for leaving African acts out of the entertainment line-up and for ignoring Majority World NGOs, all in order to produce a spectacle that ‘sells’.

The proof of the pudding regarding the connection between celebrity and capital is that celebrities almost always champion safe rather than controversial issues. No wonder that Live 8 never took on such hot political potatoes as Northern domination of the World Bank, IMF and WTO, or the need for universally accessible generic HIV/AIDS drugs, or the global regulation of transnational corporations.

You suggest there are different types of celebrities and they each have their ‘own sense of autonomy’. Yes, Bono, Geldof, Angelina Jolie, Oprah or Sean Penn may be ‘effective’ celebrity humanitarians in their own way, but how ‘progressive’, or indeed ‘autonomous’, can they really be when they are all so closely linked to corporate capital? More importantly, it is a mistake (and a distraction) to further celebritize them by distinguishing between better and worse celebrities, when it is precisely the celebrity culture machine that requires dismantling.

As your argument becomes clear, it begins to demonstrate a monolithic and reductive vision of celebrity humanitarianism. You identify an all-embracing capitalist ‘celebrity culture machine’ which means that celebrity activism can only be interpreted through the prism of false consciousness. Consequently, your argument does not allow for an effective differentiation in the forms of celebrity political activity. This is more than a matter of distinguishing between ‘good’ or ‘bad’ celebrities. Fundamentally, it excludes any critical examination of the processes which have led to celebrity activists filling the void that has occurred in the wake of the democratic deficit between a dysfunctional political élite and the public. 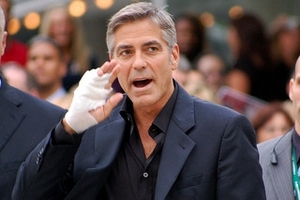 Star power – but does the intervention of George Clooney and co do more harm than good?
csztova under a CC Licence

In turn, you deny the progressive activism of celebrity humanitarians who have propagated positions that have stood in direct opposition to the prevailing norms. Should Lord Byron, Charles Dickens and Mark Twain be viewed as mere ironists who were ‘fiddling as Rome burned’, rather than as great reformers who used their fame to inaugurate democratic practices, social forms of justice or critiques of imperialism? Did Johnny Cash perform at Folsom Prison to express the unjust plight of US prisoners or was he a corporate lackey only concerned with shifting units?

In 2003, Michael Moore, Tim Robbins, Susan Sarandon, Martin Sheen and Sean Penn took brave and potentially foolhardy stances in career terms to condemn the war in Iraq. For their troubles, they were crassly accused of being ‘traitors’ by rightwing shock jocks and the corporate media interests of Rupert Murdoch’s Fox News. If these examples of autonomous behaviour represent such a ‘commodified’ form of celebrity humanitarianism, then I for one am a willing buyer.

I believe in critique, not false consciousness, and I am struck that you continue to be blind to the power of global capital, to the point of being a ‘willing buyer’ to the very end. This shows just how pervasive and alluring capitalism is in our lives. I think all of us can be critical, yet still be deeply seduced by global capital (and this of course applies equally, if not especially, to celebrities).

We may be wary of celebrity culture or charity, but still continue to heroize some celebrities – in your case, it seems, all celebrities, as evidenced by your long list! This would appear to put you in the reductive and monolithic camp.

Surely we should not be seeking a radical or emancipatory politics in celebrities? That you appear to do so, despite recognizing there is a ‘democratic deficit’ (although I note that in an earlier post you contradict yourself by speaking of ‘democratization’), is once again testament to the ubiquity and glamour of corporatized celebrity culture.

Far from aiding democracy, the rise of humanitarian celebrities speaks to an increasingly depoliticized democracy, in which technocrats, pollsters, politicians, ‘expert’ economists or scientists, ‘humanitarian’ corporate leaders, and now celebrities, dispense ‘enlightened’ policy. This is an élite and top-down politics, intent on defending and furthering the status quo, yet so often couched as populist and ‘consensual’.

The big problem is that this type of politics tries to position us, the audience, as an adoring and passive public. But as Slavoj Žižek recently stated at the Occupy Wall Street demonstrations: ‘After outsourcing work and torture, after marriage agencies are now outsourcing our love life... we have allowed our political engagement also to be outsourced. We want it back.’

Mark Wheeler is Professor of Political Communications at London Metropolitan University. He is currently researching and writing his book Celebrity Politics, which will be out in 2013.

Ilan Kapoor is a professor of Critical Development Studies at the Faculty of Environmental Studies, York University, Toronto. His book, Celebrity Humanitarianism: The Ideology of Global Charity, is out in November.

Obama: a better adversary
Back