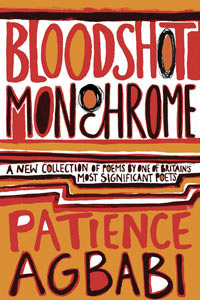 Patience Agbabi’s latest collection is charged with the passion, wit and sheer inventiveness we have come to expect from the Nigerian-born poet. Take, for example, ‘Problem Pages’ – a series of ‘agony-aunt’ exchanges with sonneteers over the centuries, from the Earl of Surrey to June Jordan. Here’s the ‘dialogue’ with the late US poet Gwendolyn Brooks:

_‘Dear Patience, I’m a black female Chicagoan poet. My first collection ended with an off-rhyme sonnet series in the voices of African-American officers, resurrecting the controversy about black poets using traditional white forms. I’ve been accused of degrading the sonnet with black, anti-war propaganda; and of not being black enough!_

‘Some say poetry+politics = propaganda. That blackpoet+sonnet = sell-out. I do hope your ‘propaganda’ sells out, continuing the long tradition of both political poetry and black poets engaging with white forms. It’s literary skill that counts: always ask yourself, am I poet enough?’

The language of World Farming
Daniel Variations
Back