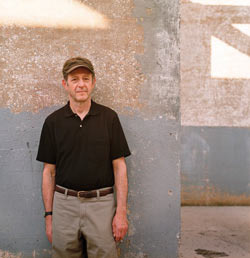 Daniel Pearl was an American journalist who was taken hostage, then murdered most cruelly by Islamic fundamentalists in Pakistan in 2002. His final words, as recorded in the video made by his captors, were ‘I am Jewish’.

Pearl’s killing has already inspired many responses: the film, A Mighty Heart, is probably the best known. Steve Reich, on the other hand, picks up on another motif as a way of paying tribute: Pearl was an amateur violinist, and it’s this detail that fuels the composer’s homage. The commissioning of Reich for this work is an obvious one: since 1989’s Different Trains, much of the American’s work has been a deep interrogation of his own Jewish faith and tradition. And even before, Reich’s precise and innovative music has never been divorced from politics: 1965’s It’s Gonna Rain, for example, used a tape loop from one black victim of police brutality. This is an album of two pieces: the chiming pianos and jazzy cadences of the three-part ‘Variations for Vibes, Piano and Strings’ are vintage Reichian superstructures, but it is the four ‘Daniel Variations’ that are really memorable. Solo violin figures abound, almost dancing in the gaps between the texts – from the Book of Daniel and Pearl himself – sung by the Los Angeles Master Chorale. In this way, Reich manages his sounds – small and intimate, large and memorializing – in a masterly way.