Ma Jian has undertaken his most ambitious project yet; a sweeping panorama of China in the years before and after the Tiananmen Square massacre of 4 June 1989. 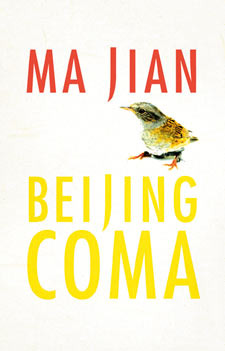 The Chinese writer Ma Jian is probably best known for his 2001 travelogue Red Dust. His other books include Stick Out Your Tongue, a story collection about Tibet which the authorities promptly banned, and which led to his eventual exile. In his latest novel Beijing Coma, Ma Jian has undertaken his most ambitious project yet; a sweeping panorama of China in the years before and after the Tiananmen Square massacre of 4 June 1989. The focus of the novel is on Dai Wei, one of the student activists who occupied the Square demanding democracy and reform from the sclerotic communist regime. As the protests grow and students and workers flock to the Square, Dai Wei and his comrades argue and debate about everything, setting up and disbanding ad hoc committees in an attempt to prevent the movement losing momentum. On the day the authorities decide to crush the protest, Dai Wei is shot in the head by a soldier, sending him into a coma that is to last for a decade. As the narrative shuttles back and forth between the lead-up to the occupation and Dai Wei's thoughts as he lies trapped in an unresponsive body, it gradually creates a vivid and epic picture of Chinese society.

Given this summer's Olympics and the international focus on the occupation of Tibet and the Chinese government's appalling human rights record, Beijing Coma could hardly be more timely or relevant. It is both a salutary act of remembering – bearing witness to brutality – and a life-affirming celebration of those things that tyrannies try in vain to crush; love, comradeship and hope.

Daniel Variations
Swimming Against the Tide
Back