Standing up to the State 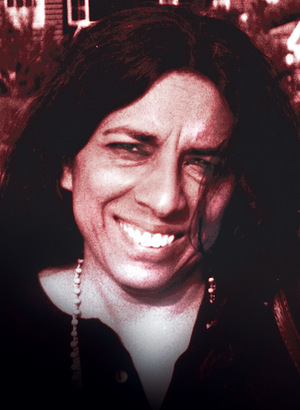 It’s been a year that Binayak Sen, a doctor who was working with the poor and disadvantaged in remote villages in eastern India, has been in prison – the courts refuse to give him bail. It’s been more than six years since Irom Sharmila, a young woman from the northeast region of the country, was arrested and imprisoned – but held in hospital – because she went on an indefinite hunger strike to protest a law that grants impunity to the Indian Army. Binayak’s ‘crime’? His supposed links to Maoist agitators. Sharmila’s crime? Attempted suicide – illegal under Indian law. The Indian State refuses to release Binayak or give him bail. The same State won’t release Sharmila for fear that she may fulfill her threat to kill herself in protest.

In ‘real’ life Binayak Sen and Irom Sharmila number among those people who have strong beliefs and are willing to stand by them. They are people with extraordinary courage and commitment, two of many such unsung heroes. Binayak’s ‘rebellion’ was to refuse to set up a lucrative private practice. Instead he chose to work with the poor, to give medical treatment and care to everyone, friend and foe, and to ensure that health is a right, not a privilege. Sharmila’s rebellion was to demand what the Indian Constitution guarantees to every citizen: the democratic right to protest, to resist violations of human rights, to be free.

Why should these two people, or others like them, pose such a threat to the country? How can an individual’s life, his or her strength, be a match for the might and power of the State? Where should citizens in a democracy draw the line at what they can or cannot do? Binayak, for example, worked in Chattisgarh, a region where there is intense political turmoil and a strong Maoist movement. The government has chosen to counter the Maoists with a force called Salwa Judum, a gang of warlords culled from renegade militants, for whom violence has now become a way of life and who are content to exercise it under State protection.

Once someone becomes a symbol, even small acts acquire tremendous importance. And this is the more difficult problem for States: you can jail people but you can’t jail ideas

As a doctor, Binayak insists on seeing all who are sick or wounded, no matter what their political affiliation. It was this obligation that led him to treat the jailed Maoist leader, Narayan Sanyal. He did this under government surveillance and with government permission. No matter – he soon found himself in jail too, charged as a Maoist sympathizer. Now he doesn’t know when – or indeed if – he will ever emerge, see his wife and daughters, practise his profession. Justice may be a long time coming.

And yet can incarceration really silence Binayak Sen or people like him? By putting away individuals who stand up for their rights, States are convinced they are dealing with the problem of resistance. Think of Aung San Suu Kyi in Burma or that single protester on 4 June 1989 standing before the Chinese Army tank in Beijing’s Tiananmen Square.

But more often than not, such a strategy achieves the exact opposite of what it is intended to do. In prison, Binayak Sen is a powerful symbol of protest, a rallying point for all those who fight for human rights. Just as Irom Sharmila, fed forcibly through tubes in hospital, is a powerful reminder of the ways individuals can stand up to the might of the State. Once someone becomes a symbol, even small acts acquire tremendous importance. And this is the more difficult problem for States: you can jail people but you can’t jail ideas.

Binayak recently became the first South Asian to receive the prestigious Jonathan Mann Award for Global Health and Human Rights. The award is given by public health officials and organizations from more than 140 countries, and recognizes his work in the remote areas of Chattisgarh. His absence at the award ceremony will be a powerful indictment of the Indian State – an embarrassment it can well do without at a moment when the country is vying to be a major international actor.

As a doctor, Binayak sees all who are sick or wounded, no matter what their political affiliation

In prison Binayak Sen continues to inspire others: a group of doctors from the prestigious All India Institute of Medical Sciences in Delhi recently set up a hospital in Bilaspur in Chattisgarh. And a professor from Binayak’s alma mater, the Christian Medical College in Vellore in South India, quotes a recent graduate as saying: ‘On the one hand I have Binayak Sen’s example and on the other I have corporate healthcare waiting with open arms…’

And yet the question remains: why do States fear individuals so much that they resort to putting them away? And why do States not learn that physically removing someone from the arena of action is never a guarantee of their silence. In the end, the incarceration of the Binayak Sens and Irom Sharmilas of this world achieves the exact opposite of what it is supposed to, and at a price that no-one should have to pay.

Urbashi Batavia is an Indian writer and publisher. She lives in New Delhi.

Striking out
Colossus in the sun
Back