In the heart of Central Asia, enclosed by the Pamir mountains to the southeast and desert in the northeast, Uzbekistan was once the seat of vast wealth and influence. 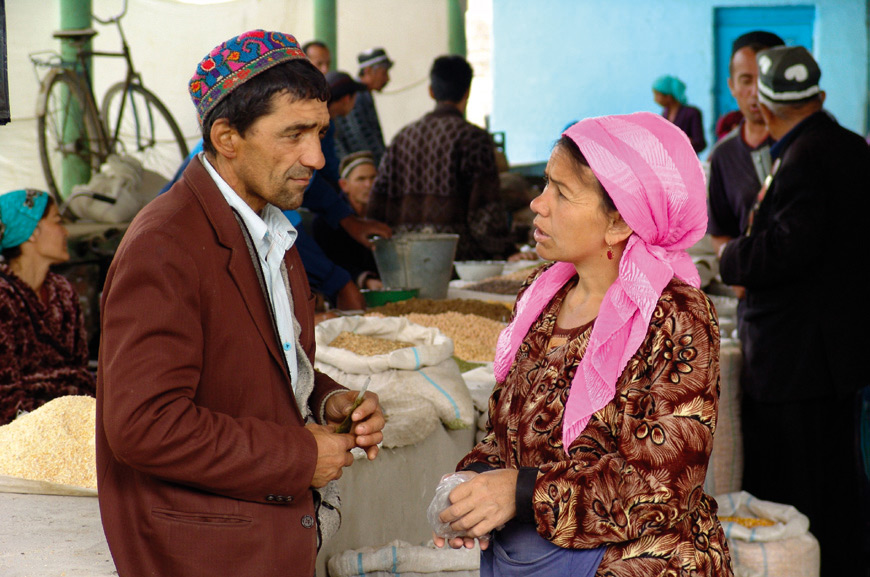 In the heart of Central Asia, enclosed by the Pamir mountains to the southeast and desert in the northeast, Uzbekistan was once the seat of vast wealth and influence. Its entrepreneurial spirit took off during the reign of Tamerlane, a fearsome 14th-century Turkic leader who ruled over India and Persia from his seat in the old capital at Samarkand.

The city’s golden mosques and domed trading halls boast the plundering skills of Tamerlane’s army and the international trade that flourished along the main drag of the Silk Road. But that glittering hub of decadence has waned – first under Soviet rule and now under the dictatorship of President Islam Karimov.

Russia overran Central Asia in the late 19th century and the Uzbek Soviet Socialist Republic was created in 1924. While the Soviets did a great deal to improve health through rigorous disease prevention programmes, they also brought environmental disaster. The Aral Sea is now mostly desert after the two main rivers that flow into it were re-routed for cotton irrigation during the 1960s.

Karimov has tightened his grip on the country since becoming the First Secretary of the Communist Party in 1989. Karimov set about squashing opposition to his regime as soon as Uzbekistan won independence from the Soviet Union in 1991. A fierce clampdown on political dissidents after he was first elected president forced rivals into exile, while others were detained indefinitely or disappeared. Many of the 80,000 people currently being held in Uzbekistan’s 50 prisons and pre-trial detention centres are tortured. The death penalty was abolished in January 2008, but observers are not convinced the abolition will be upheld. 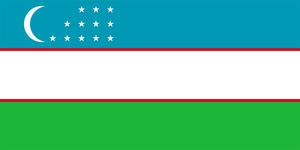 Internet sites critical of Karimov’s regime bring up an error message and journalists that stray from the official line are hounded, imprisoned or murdered. Press censorship stepped up a notch after May 2005 when government troops killed 600-800 civilians in the eastern town of Andijan.

A group of people had gathered there to protest against what they said was a sham trial of 23 local businesspeople accused of Islamic extremism. Although the demonstration started off peacefully, people with guns stormed the jail and freed their friends. The next day, several thousand people gathered in the main square and the militia began firing indiscriminately.

International criticism of the massacre prompted an abrupt ejection of foreign companies, media and NGOs operating in the country, but it is beginning to open up again for business. Uzbekistan is the world’s second-largest exporter of cotton, as well as the seventh-largest gold producer. The Government pays low prices for these key exports and distributes the profit among a small circle of the ruling élite.

With all that cash, Karimov is surprisingly uninterested in fostering a personality cult, but that hasn’t stopped his daughter. Gulnara Karimova released her first music video, ‘Don’t Forget Me’, in 2006 under her pet name GooGoosha. For months, television viewers were bombarded with images of her writhing around a cartoon wonderland in a floating limousine.

In a hangover from Soviet times, the authorities recruit every able-bodied adult to sweep the streets and unblock drains in nationwide communal clean-up days, known as hashar. Anyone who needs medical attention on these days has to wait while the doctors finish pulling up weeds.

Around 44 per cent of the labour force work in agriculture but for every cotton harvest, children are rounded up from school by the security forces and sent out to work in the fields.

Silk vendors at the once-bustling bazaars in Buxoro (Bukhara) pounce on the smattering of tourists that have passed the vigorous visa checks and 10 per cent of the population are now refugees, mostly in Russia. 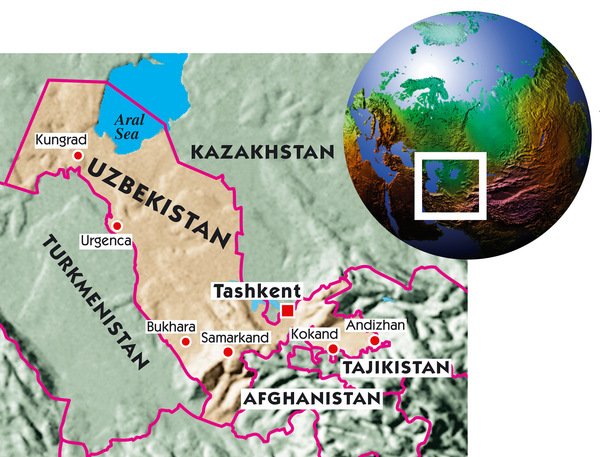 Income Distribution
Around 26 per cent live below the poverty line. Corruption is endemic and the lower ranks of society suffer from an increasingly unequal distribution of wealth.
1998 ★★
Life Expectancy
67 years for men (Kazakhstan 66, Russia 65).
1998 ★★★
Literacy
Access to primary and secondary education is good and literacy is almost 100 per cent but children miss school when they are forced to harvest cotton every autumn.
1998 ★★★★★
Position Of Women
The position of women is sliding as nationalism rises. Officials force many to stay in hostile, violent domestic situations in the name of ‘family values’. Poverty-stricken mothers can be fooled into selling their daughters as sex slaves.
1998 ★★
Freedom
Homosexuals, outspoken religious leaders and opponents to Karimov’s regime are often tortured and sentenced without a fair trial. Citizens must obtain State permission to live or work in a particular location and no-one can leave the country without an exit visa. Almost all media is state owned. Independent journalists are regularly imprisoned for carrying ‘anti-constitutional material’.
1998 ★★
Sexual Minorities
Homosexuality is illegal and subject to torture and imprisonment. Some gay men adopt a fiercely homophobic attitude in public for fear of persecution by the authorities.
Politics
Karimov presides over the worst human rights record in Central Asia. Opposition parties are banned and all members of parliament are fiercely loyal to the President. Karimov is currently serving his third term as President even though the constitution only allows him to serve two. He got round that inconvenience during the last presidential elections in December 2007 by not mentioning it.