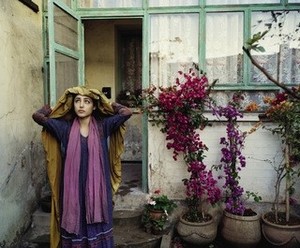 The Patience Stone - a subtle and memorable tale of rebellion and female solidarity.

We watch a wife and husband in a single room, but in different worlds.

Outside we hear the explosions and gunfire of a civil war – he has a bullet lodged in his neck and is paralysed and unconscious. She washes him, sees to the makeshift drip tube feeding him a salt and sugar solution, and she talks to him.

At first she talks about his state, tells him she’s fixing the tube, that she’s leaving the room – she’s also looking after her two infant girls – that the mullah had said it would take two weeks before he’d wake up and hear again. She talks to him about what she’s heard had happened – he’d been shot in a foolish, personal fallout with another jihadist. And slowly but clearly her resentments emerge. About the way she and women she knows are treated.

We learn about their covert rebellion, against an overbearing and brutal patriarchy, in matters big and small. We see her, to get rid of the mullah, tell him she’s having her period. We watch how she deals with her father who’d sold her sister to pay his gambling debts. And we learn the secrets of her marriage, and pregnancies.

Beautifully shot and performed, with a memorable cameo of an aunt whose sterility has forced her into prostitution, this Afghan film is a subtle and memorable narrative about women’s solidarity and rebellion.

written and co-directed by John Pilger

The name ‘Utopia’, John Pilger tells us, was either the product of a mind deranged by the scorching, parched conditions of Australia’s red desert, or it was ironical. Pilger uses it ironically and bitterly, as official statistics record that this is where the Northern Territories’ most disadvantaged people live. They also happen to be ‘first Australians’ and his documentary catalogues a horrendous history of racist treatment by European settlers – extermination, internment and slavery, progressing, today, to mere deprivation and impoverishment. 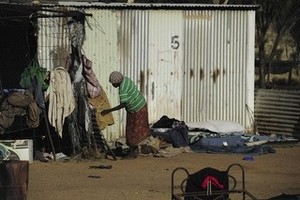 The houses – or more accurately shacks – of Utopia lack electricity and decent plumbing. While Sri Lanka has eliminated trachoma, here, in one of the world’s wealthiest countries, it’s rife. Equally appalling are the attitudes of many Australians, white people in fancy dress celebrating Australia Day, who talk about the black people the settlers took the land from.

It’s not all deeply depressing. There are helpful whites in formal roles in health and housing, and sympathetic academics. When we see a 50-year-old film of strikes by cotton pickers and cowpokes the film breaks through to resistance and hard-won success. But what’s happened since is left hanging. Nor do we learn whether all ‘first Australians’ are still equally impoverished second-class citizens in this apartheid state.

Pilger rightly says politicians have done nothing and a couple of interviews with them end in slanging matches. But a less personal approach might have been more revealing, and clearer, too, about the prospects for change.