The Secret Sounds of Savamala 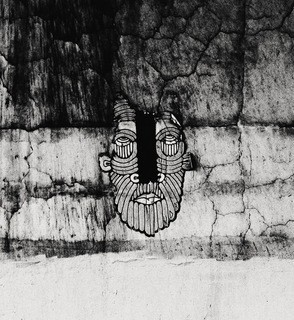 It was John Cage, that wonderful maverick compositional inventor, who pointed out that silence – at least in any normal environment – does not exist. And so, over 60 years after Cage’s ‘silent’ work – 4’ 33” – comes the Howlround duo with all the strange and wonderful silences that it hears.

The Secret Sounds of Savamala – only a few LPs have been pressed, but there is an infinite number of downloads – is the latest foray by Robin Fogic and Chris Weaver into what’s not there. The first album, The Ghosts of Bush, involved the sounds of empty Bush House, the headquarters of the BBC World Service, and was something of an experimental music smash hit. For this one, Howlround are in a derelict customs house on the River Sava in Belgrade. The house, now functioning as an echo chamber, reverberates with the sound of trains passing, of electric crackles and walls creaking. There is actually a lot to listen to. Howlround have structured the sounds somewhat so the three sections of Savamala each has its own distinct character. But this is electro-acoustic music – musique concrète – at its most impressionable. No clever studio effects are added and tape recorders and tape loops are the only instruments bar a small amount of added voice. It is as if the air beats in its own rhythm and forgotten, as unspoken, histories surface briefly in ghostly visitations. The Secret Sounds of Savamala is art but it’s also far more political than many artists would dare to be.

By The Idan Raichel Project. (Cumbancha CMB CD 26 and download)

Possessed of soulful looks and a head of dreads, Idan Raichel has been a pin-up of Israeli popular music since 2003 when he landed a hit with ‘Bo’ee’, a sweet single made remarkable by its Amharic-language chorus. 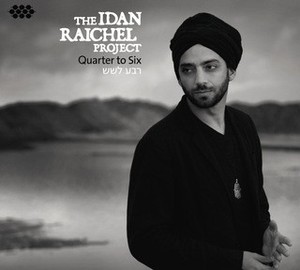 Timbres from European, Latin American and African musicians often feature in his works and it’s hard to shake off the warm, fuzzy feeling that his undoubtedly well-wrought music effects. It’s a little bit Eastern, a little bit this, a little bit that.

This shouldn’t be knocked. If any country needs a multicultural dialogue, it’s Israel. But dreadlocks don’t symbolize rebellion and nor do they signify deep thinking. Sadly, the phrase ‘Occupied Territories’ doesn’t seem to come into Raichel’s thinking (publicly, at least) and activists on the Palestinian Campaign for the Academic & Cultural Boycott of Israel are no fans of his.

Quarter to Six has some undeniably lovely moments. Raichel has cameos from Portuguese fadista Ana Moura on ‘Sabe Deus’, the Malian guitarist Vieux Farka Touré on ‘Mon Amour’ and, best of all, German counter-tenor Andreas Scholl on a setting of a lyric from 18th century poet Friedrich von Spee, ‘Im Stiller Nacht’. The biggest surprise is the participation of singer Mira Awad on a song that translates from Arabic as ‘I Am What I Am’. She’s a singer who represented Israel in the Eurovision Song Contest and who, at some cost, embraces both Palestinian and Israeli parts of her identity. Raichel speaks of Quarter to Six as a reflective, transitional album. Let’s see.