Corruption in high places: Britain’s involvement in the arms trade

Andrew Smith speaks to Nicholas Gilby, author, campaigner and winner of a landmark case against the British government. 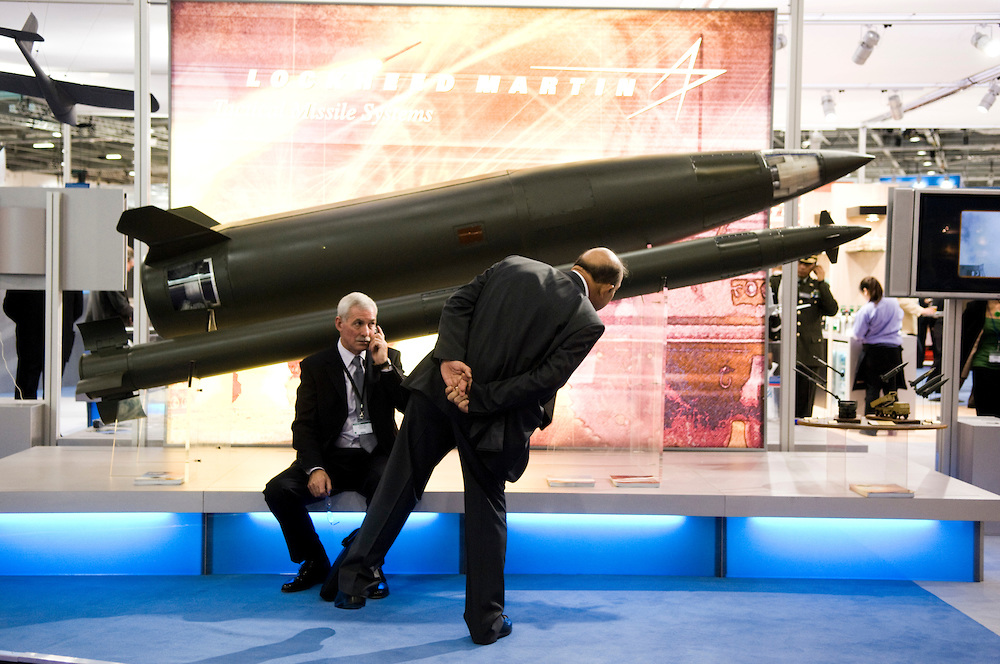 Why is corruption so widespread in the arms industry?

In some of the major arms-purchasing countries the decisions are being made by an unaccountable political élite that is not deterred from asking for bribes. The top five arms importers in the world are India, China, Pakistan, the United Arab Emirates and Saudi Arabia. Three of them are oppressive and authoritarian regimes, and none of them are particularly known for their scrupulous business ethics.

At the same time, the largest arms companies [Lockheed Martin, BAE Systems, Boeing, Northrop Grumman and General Dynamics – the top arms-producing companies in the world excluding China] depend on winning major deals to maintain their position, and when there are few opportunities for these kinds of deals, competition will always be fierce. This kind of environment gives these companies every incentive to pay bribes.

There is very little transparency in the arms trade, which makes it easy to conceal bribes in the price of the weapons systems, and easy for decision-makers and their associates to demand them in the first instance. On top of that, bribes are often transmitted from arms companies to decision-makers using the kind of offshore companies that make it easier for corruption to go undetected.

What have been your main sources when investigating corruption?

The bedrock of my research has always been the British government’s documents; this is because it is responsible for regulating the arms trade and hence has a unique insight into how it works. The choices it makes set the political context that the arms trade operates in. The key was to learn as much as possible about the key individuals and use their private papers and other legal or company papers, to build as full a picture as possible. [These government archives were won by Gilby in a landmark Freedom of Information Tribunal against the Foreign and Commonwealth Office in 2008.]

What has been the role of the British government in arms-trade corruption?

The government used to be central to facilitating bribery and corruption. They knew exactly what was going on and officials saw themselves as part of a collective endeavour with arms-company executives. Now we live in a more transparent age and the government still promotes arms deals, but is not directly involved in corruption. Government officials still have the same responsibility, but they try to stay ignorant and know as little possible about what is happening below the radar.

How do past events impact on today? Is corruption still rife?

The factors that make corruption likely are still with us: large contracts available overseas, corrupt and/or undemocratic governing élites in many countries, an offshore system to conceal corrupt dealings, limited transparency and oversight and a number of extremely clever and expensive lawyers and accountants who are prepared to facilitate dubious practices.

The government’s involvement may have changed, but it has not disappeared. For example, we know that the investigation into the Al Yamamah deal with Saudi Arabia was shut down for political reasons. [In 2003 a Serious Fraud Office inquiry into Al Yamamah began following allegations that a £60 million (US$103 million) slush fund had been used to bribe Saudi generals in recent years. The investigation was curtailed following pressure by the Saudi Royal Family and the British government in 2006.]

Parliament may have passed a tough new Bribery Act in 2010 but, unless it is enforced, the companies and individuals involved in arms-trade corruption will still feel immune. As we speak, the Serious Fraud Office is investigating a big arms deal with Saudi Arabia, known as SANGCOM, and it will be very interesting to see the outcome.

Why is corruption in the arms trade particularly damaging?

Corruption is not a victimless crime. It undermines democratic accountability and diverts resources away from essential services like healthcare and education. In almost all countries, arms purchases are funded through taxes paid by ordinary people, or revenues from the country’s national resources, like oil, so when arms companies conceal bribes they are helping corrupt élites to steal money from their citizens. Corruption at the top sets the tone for the rest of society. It encourages, or at least legitimizes, the everyday abuse of entrusted power by low- and mid-level public officials. On top of that, the arms trade is an especially deadly trade and these kinds of arms deals can only strengthen and empower oppressive regimes.

Find out more about Deception in High Places or order a copy from the book’s website.