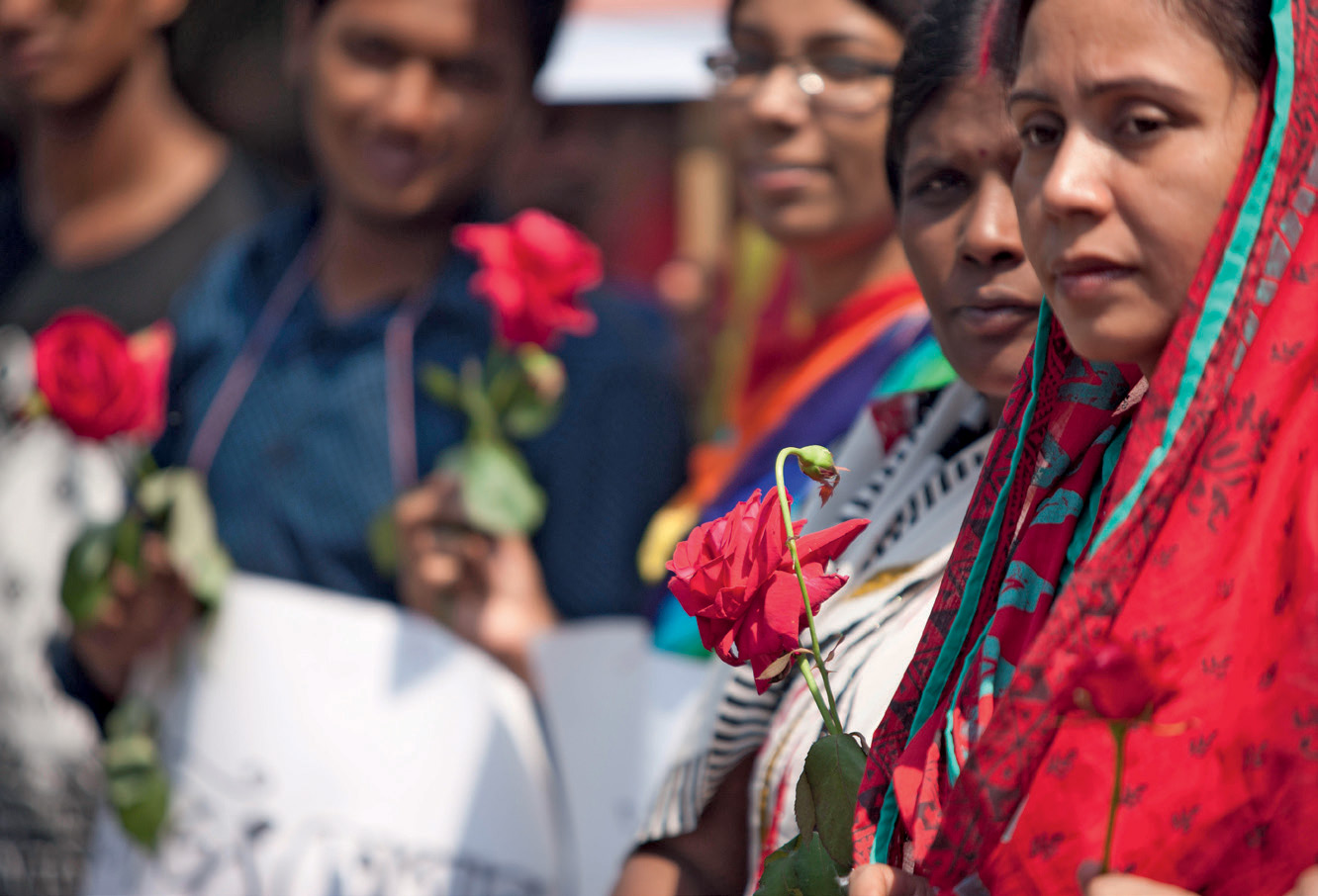 The fresh yellow tape saying ‘Crime Scene, Do Not Cross’ glistened in the Dhaka sun. It was the day after prominent secular blogger Avijit Roy was hacked to death after a book fair, following death threats from Bangladeshi Islamic fundamentalist groups. Some stubborn blood clots had refused to wash away. But there was no Macbeth-like guilt here. The hands of the government, and their conscience, had both been washed clean.

In 1987 I photographed flowers strewn on blood-stained tarmac on the other side of this road, where pro-democracy leader Shamsul Milon had been killed by police bullets. Even then, the local police station was only 200 metres away, but the heightened ‘security’ surrounding the book fair where Roy appeared was a recent phenomenon.

A police presence had not deterred the attackers of another outspoken free-thinker, Humayun Azad, in almost the same place in 2004. The 2013 murder of blogger Rajib Haider was in a different part of Dhaka, but the hallmarks were much the same. Hacking with machetes is the signature style of these assassins.

Remarkably, the police allowed Roy’s killing because they thought it was a ‘scuffle’, not a murder attempt. Such ‘scuffles’ (generally among the armed cadres of the ruling party) are clearly not to be interfered with. There, perhaps, lies the clue to how such a brazen attack could happen: whether law enforcement intervenes depends on who is committing the crime. When ‘protection’ is only afforded to the ruling elite, when those not protected can be ‘disappeared’, when public officials endorse ‘shooting on sight’ – then disregard for the rule of law becomes ubiquitous and complete.

That passers-by refused even to raise the alarm points to both the culture of fear and the sense of futility that have seeped into Bangladesh’s body politic. The outpouring of grief has, however, demonstrated how much the victims were loved, and how passionately the Bangladeshi public oppose both the fundamentalist forces and the tyrannical rule that repeatedly try to silence free thought and institutionalize impunity.